Prime Minister Benjamin Netanyahu faces a tough choice between US President Barack Obama and negotiations with the Palestinians on one hand and the integrity of his coalition and the threat of elections on the other. 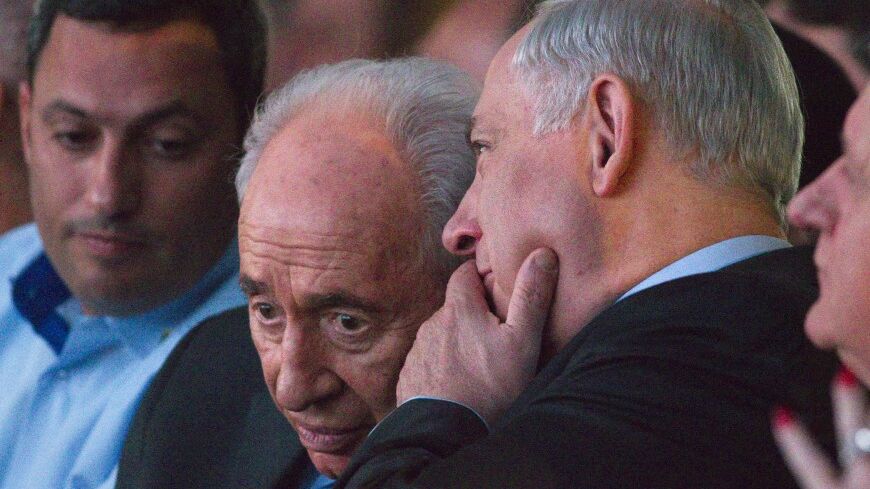 It is only on rare occasions that Israeli politics provides us with distilled decisive moments. It is possible that over the next few weeks Prime Minister Benjamin Netanyahu will find himself facing a cruel decision. There is nothing more anathema to him than having to make choices in which he is damned and doomed whatever he decides.

A master of indecision, Netanyahu would rather skirt challenges than grapple with them. He would rather wear out his adversaries than triumph over them. If US Secretary of State John Kerry, Israeli chief negotiator Tzipi Livni, US special envoy Martin Indyk and Saeb Erekat, the Palestinian chief negotiator, are able to salvage the prisoner release deal that collapsed earlier this month and come up with a new package, Netanyahu will have to face himself and choose sides. His options would be between Economy and Trade Minister Naftali Bennett and US President Barack Obama. It will either be Israel’s messianic political right or the United States.

A rational reader might think that this is a no-brainer. After all, what rational Israeli prime minister would prefer Bennett to Obama and Kerry. Yet, those well-versed in Israel’s domestic politics and Netanyahu’s inner workings know that this dilemma is clearly a cruel one. For Netanyahu, it is to be, or not to be. Here’s a summary of the previous chapters.

After the earsplitting and ballyhooed blowup of the Israeli-Palestinian negotiations, as well as Kerry’s “poof!” speech (not intended to hold Israel responsible, but sounding like it), the two sides resumed the US-brokered talks and began drafting a plan to salvage the deal and extend the negotiations between them by another year. Why were the negotiations resumed? Because the other option — namely, their derailment — is bad news all around, including for the Palestinians.

The new package obviously consists of releasing the prisoners who should have been freed in the “fourth phase” of releases, including Israeli citizens of Palestinian origin. Seeing what was coming, Bennett, the hawkish chairman of HaBayit HaYehudi Party, quickly raised the ante and the bar: If Arab Israeli prisoners are released to extend the negotiations, he publicly announced, his party would immediately leave the coalition.

To date, HaBayit HaYehudi has extended Netanyahu's credit to negotiate as much as he wants. He and his party will walk out of the government, Bennett had declared before and after the last elections, only if it comes to actions, to wit, evacuating settlements. HaBayit HaYehudi doesn't mind talking. Israelis and Palestinians can talk all they want, he asserted. Discerning a crack, Bennett sniffed weakness and, as noted, changed course. Without Bennett's party, Netanyahu has no coalition.

Although the prime minister has two political alternatives, neither is actually viable. The ultra-Orthodox parties, which on the face of it are willing to jump on the bandwagon at any time, will not do so in light of their increasing anger toward Netanyahu over the past year. There is also Finance Minister Yair Lapid’s veto on such a move. Lapid’s Yesh Atid Party will not join forces with the ultra-Orthodox this term. The same goes for Isaac Herzog, chairman of the Labor Party. If he wants to cement his standing as chairman of the opposition and the only significant alternative to the sitting prime minister, he cannnot come to Netanyahu’s rescue at this juncture.

Thus by choosing the United States, Netanyahu could see his government toppled. In such a state of affairs, a courageous leader might recognize that this is an opportunity to stabilize his position, embrace a politically centrist view and hold early elections. His agenda would revolve around choosing between the radicals or the alliance with the United States and the continuation of negotiations with the Palestinians, thus producing better results than the poor ones to date.

The problem is that Netanyahu is not a courageous leader. His track record, entire career and last three terms as prime minister were predicated not on courage, but on survival. He will invariably opt to serve another year in the current position than three years at a later point. He will always be intimidated by elections, even if he is the only contender. After all, he is capable of losing to himself.

Israel’s relations with the United States are at an important crossroad. We are all too familiar with Obama and Netanyahu's mutual loathing, dating back to the previous term. Netanyahu’s support of casino mogul Sheldon Adelson and the 2012 Republican presidential hopeful Mitt Romney, the appearance by Ron Dermer, Israeli ambassador to the United States, at a Republican political event in Las Vegas sponsored by Adelson and Kerry’s “poof!” speech are not helping relations between the United States and its rogue ally.

On April 13, the Israeli daily Ha'aretz ran a headline stating that the Obama administration was furious at Israel for not siding with the United States at the United Nations during one of the administration’s most important diplomatic initiatives on Russian interference in Ukraine. Ron Prosor, Israel’s ambassador, was absent from the vote. The official excuse was a strike at Israel’s Foreign Ministry. This wasn’t the only vote in which Israel did not participate during that time, but below the surface, the issue has become a bona fide crisis. Having enjoyed an automatic US veto for many years — a veto that occasionally gives Obama a serious ulcer and is cast (reluctantly) due to a commitment to historical relations — Israel could have, as a declarative statement, stood by the United States during this difficult time. Instead, it opted to sit on the bench and clutch on to a diplomatic strike as a pretext.

A day after Ha'aretz ran with the story, the response provided to the media by Maj. Gen. (Res.) Amos Gilad, director of the diplomatic security bureau of the Defense Ministry, was unhelpful. He argued that Israel’s security and existential interests did not always fully coincide with the United States. In other words, there are times when Israel is closer to the Russian side than to the US side — an utter folly that could prove to be a historic mistake.

Truth be told, Israel has been applying strong pressure on Russia for the past few years not to transfer game-changing weapons to Iran, Syria and other elements in the region. These include SA-300 batteries, cutting-edge radar systems and other munitions that could compromise the strategic advantage of the Israeli air force in the Middle East, thus altering the region’s power equation. Yet, this fact should not confuse Israel. The country providing year upon year $3 billion annually by way of military assistance is the United States. The country automatically standing by Israel’s side is the United States. The country leading, in one way or another, the struggle against Iran’s nuclear program is the United States. Russia and China are rogue states trying to torpedo the international effort against Iran.

Nobody in Israel has any intention of chipping away at the relationship with Washington, but the road to hell is often paved with good intentions. If Israel and the Palestinians are able to reach a new package that will help resume negotiations, Netanyahu will have to decide what to do. Just imagine him saying, “No.”

At precisely that moment, Netanyahu’s government will become the Bennett government, and the United States and Israel will get a divorce. Fighting tooth and nail, Kerry will get a public slap in the face and leave Israel to its own devices. Obama will feel as if he has been punched in the gut, after personally rallying support for the deal and having agreed to swallow the most bitter of pills from his standpoint, Jonathan Pollard’s release.

Israel will be left behind with Netanyahu and Bennett, the radical rabbis, the settlers and Defense Minister Moshe Ya’alon, who has just annexed a few dozen acres to the Gush Etzion settlement bloc. This might become the most radical Israel ever, quickly finding itself more isolated than it has ever been. This is how catastrophes come about.