Bahrain's uprising is descending into a sectarian-based insurgency. 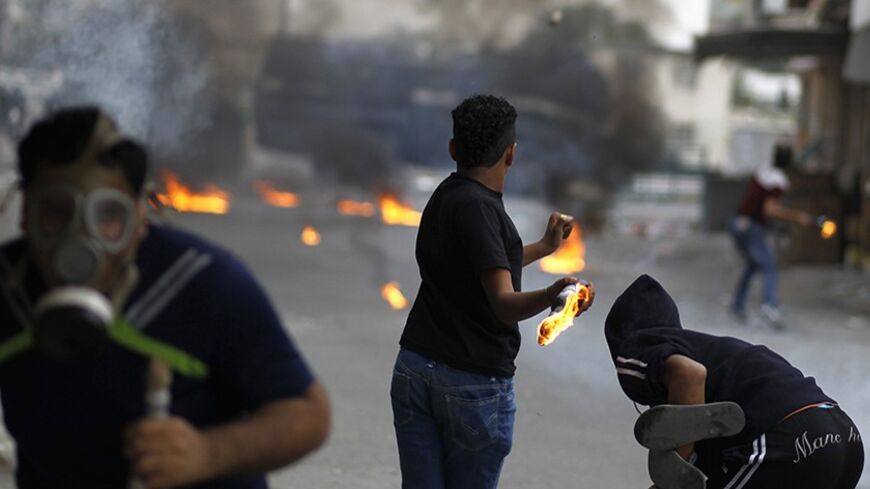 Anti-government protesters throw petrol bombs towards riot police during clashes in the village of Diraz, west of Manama, Jan. 29, 2014. - REUTERS/Hamad I Mohammed 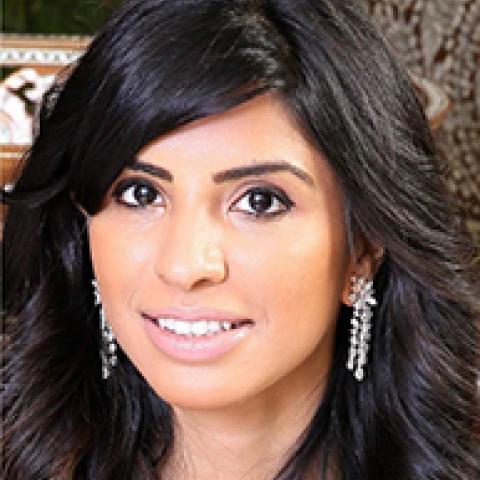 Let us first agree on one matter: Bahrain has a genuine sectarian problem. This issue is at the heart of the political crisis of the last three years, nay, three decades in fact. The Shiite opposition's adamant refusal to engage in reconciliation efforts in the name of advancing its sectarian agenda has led to the deaths of protesters and police officers. It is no longer acceptable for the international community to conceive of what is happening in Bahrain as anything other than a violent insurgency motivated by a sect-based agenda.

It is not about democracy, justice or “awakening.” Rather, it is about various makeshift Shiite youth brigades engaged in violence on the streets, carrying out fatal bomb attacks and attempting to obtain shipments of arms, explosives and ammunition to carry out major terrorist attacks, which thus far have been foiled by joint US and Gulf Cooperation Council (GCC) intelligence efforts. Why are they doing this? For one reason and one reason only: to advance their sectarian, i.e., exclusive, repressive and anti-democratic agenda.

For generations, this progressive island has prided itself on its pluralistic and tolerant social laws. The nation's numerous state-funded mosques, husainiyas, churches and synagogues are testimony to the religious freedoms and liberties that the state and its pluralist supporters have fought hard to defend. In the face of threats ranging from pan-Arabism and socialist Baathism to the Iranian Revolution, the mobilization of Shiite militancy and the lashing out of groups like Hezbollah and al-Qaeda, Bahrain has steadily and successfully carried out its nation-building efforts in the name of creating a progressive society.

Today, however, the challenge is singular and fierce. It is in the form of sectarianism led by a radical Shiite agenda. The Bahraini state has been actively engaged in countering what it views as a sectarian epidemic consuming its domestic politics. For this reason, it has fostered the coexistence of its people through a national, not a sectarian, identity. There are no state registrars or mechanisms that allow for discrimination based on denomination or religion, let alone alleged state policies intended to oppress citizens because of their beliefs. All Bahrainis are entitled to free education, free health care, housing and other civil liberties and rights as granted by Bahrain’s constitution. Like all developing nations, Bahrain has economic, social and political grievances and has faced complications in its state-building efforts. This has affected Bahrainis of all stripes, but is not exclusive to any denomination.

This history, however, is apparently lost on the radical opposition. Although some of the most prominent business establishments and government officials (including a deputy prime minister), state ministers and about half the key members of the legislative branch happen to be Shiite and in direct opposition to the theocratic tyranny being carried out in the name of their denomination, the radical opposition marches on, falsely claiming to represent all. While the uprising poses as a movement “fighting oppression,” its true goal is to plunge the country into violent calamity, according to a divisive narrative of a hateful religious rhetoric that brings about the oppression of anyone outside its ideological sphere.

Days into the initial protest movement in 2011, the February uprising revealed itself to be a sectarian revolution, not a popular uprising of a diverse society seeking more democratic representation or state reform. Once leaders of the February 14th Coalition, among them Hasan Mushaima and Abdulhadi al-Khawaja, returned to Bahrain from Lebanon and Iran, they began publicly calling for the overthrow of the Al Khalifa monarchy and the installation of an Islamic republic à la Iran.

What may have begun as a civil effort for all people was quickly co-opted by a militant Shiite movement. Calls for socioeconomic reforms were soon silenced by the blaring voices of the radicals aiming to mobilize young Shiites in Bahrain to instigate a revolution against the so-called Sunni establishment. As a result, moderates and liberals began to dissociate themselves from the movement after it began to look too similar to the religious tyranny of Ayatollah Ruhollah Khomeini's 1979 revolution in Iran. With the incitement of violence increasing, Bahraini Foreign Minister Khaled bin Ahmed Al Khalifa echoed his nation's leadership in calling for calm and dialogue, asserting that bloodshed would only bring the country closer to the specter of external intervention and the “brink of a sectarian abyss.”

When initial state-supported calls for dialogue were rejected, the movement took a sharp turn toward full-blown revolution, with Iranian officials and parliamentarians making overt statements to undermine Bahrain's sovereignty. The Bahraini monarchy had to call on the GCC's Peninsula Shield Force, a 40,000-troop command created in 1984 to deter national security threats and maintain stability in member states. It is important to note that troops from Saudi Arabia and the United Arab Emirates were invited by King Hamad not as a Sunni force out to put down a Shiite threat, but rather to support the state’s critical architecture against grave dangers to the nation's civil order. An identical policy would have been carried out had the threat emanated from the Muslim Brotherhood or any other radical or militant movement menacing Bahraini or Gulf interests.

The root causes of Bahrain's sectarian crisis, the subsequent highjacking of its reform efforts and the current political impasse can be attributed to the following:

In a March 21 sermon, Wefaq Secretary General Ali Salman told his congregation, “I’ve received instruction regarding our ‘peaceful uprising’ from our spiritual leaders in Iraq with a message that your ‘jihad’ is appreciated.” He added, “Ayatollah Ali Sistani repeated this guidance to me three times reminding me that in such a ‘holy resistance,’ rights are not merely taken, but snatched from the hands of the oppressor.”

As the Bahraini state faces the challenges of disengaging sectarian identity from domestic politics, tensions are simmering toward the boiling point. Ayatollahs have raised the expectations of Shiite radicals to believe falsely that a revolution is imminent and that violent “resistance” should be the preferred means of pushing their sectarian political agenda forward.