The Bahraini government’s calls for dialogue are hindered by lumping those advocating peaceful change with those who advocate violence. 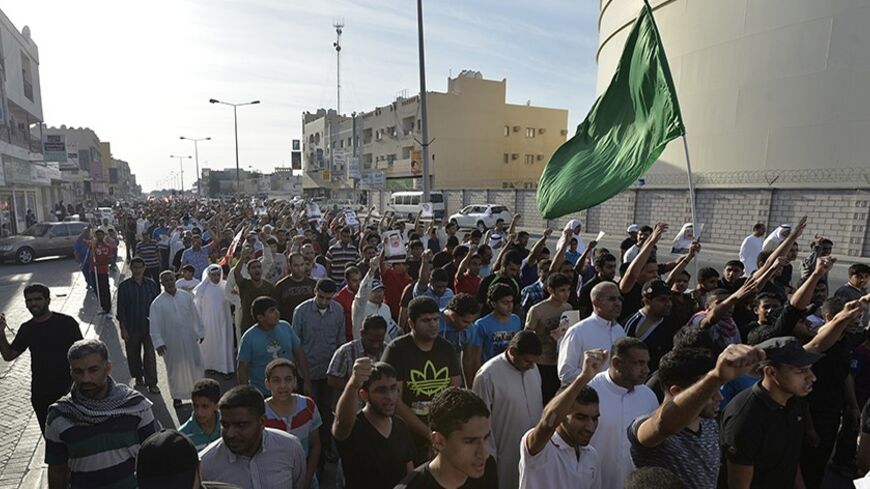 Mourners and family of Jawad Al-Haawi shout anti-government slogans as they march during his funeral process in the village of Sitra south of Manama, March 18, 2014 - REUTERS 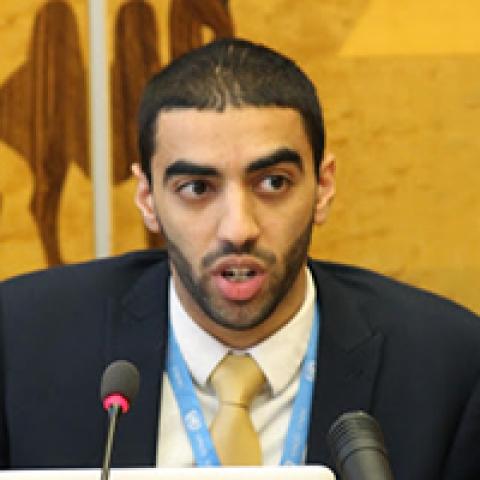 Three years since the beginning of the crackdown on calls for human freedoms, security and an end to discrimination and corruption, Bahrain looks to have entered a period of spiraling repression and uncertainty.

The state was quick to characterize those who took part in protests as agents of neighboring Iran, "Shiite militants" and traitors. While protesters from both sects stood against sectarianism and held banners displaying messages of “Shiite and Sunni brothers,” the government played a foul public relations campaign to divide and conquer for an overall objective of power maintenance. It failed.

The Bahrain Independent Commission of Inquiry (BICI), commissioned by the Bahraini king in 2011, found no evidence of either Iranian involvement in the uprising or a sectarian conflict between the peoples. Clashes that are reported on state media have always been between protesters and members of the security forces, with little evidence to suggest a sectarian conflict among Bahrainis. The government spent millions on public relations firms in promoting its narrative, and in return exposed its violations internationally. Bahrain, once recognized as the shining light in a dark Middle East, turned off its light and invited foreign forces to crack down on its civilian population.

The Bahrain government claimed in 2011 that the invitation of foreign troops was merely to protect vital installations against external threats. The establishment of the Gulf Cooperation Council (GCC) in itself was on the foundation of protecting member states against external threats only. However, the death on March 3 of an Emirati police lieutenant serving on a GCC force, who confronted protests in an isolated Bahraini village, has largely confirmed the contrary.

Lt. Tariq al-Shehi died during an improvised explosion in the village of Daih. The incident — which was quickly condemned by political opposition societies — highlighted an important issue: Foreign troops are in fact taking part in quelling internal protests. It also signaled that some scattered youth groups are considering a more violent response to the government crackdown, even though the uprising as a whole has largely remained peaceful. The fact that GCC troops still remain in the country and are actively engaging in targeting local protests is a matter of extreme concern. It is also important to highlight that these troops were invited by Bahrain to crack down on its civilian population in 2011, prior to reported incidents of violence. It was also after this intervention that the destruction of Shiite mosques began.

In addition to this, on April 2, documents were published by a Bahraini media outlet seemingly exposing the existence of 499 Jordanian policemen who are operating in Bahrain. The documents, which have come from the Ministry of Interior Finance Affairs Directorate, names the Jordanian officers and discloses a combined monthly salary of $1.8 million. Although the Jordanian and Bahraini governments have previously argued that Jordanian policemen are in Bahrain for training purposes only, the documents identify that they are in fact "employees" of the Ministry of Interior.

The tactics employed by the authorities have worked to shift the list of reformation demands to absolute downfall, creating a cycle of anniversaries that the Bahraini population relive annually. New causes were formed and added to existing civilian anxieties, from the anniversary of the day of rage on Feb. 14, the crackdown on sleeping protesters in Pearl Square on Feb. 17 and the intervention of GCC forces on March 14, to the anniversary of the BICI report on Nov. 23. The destruction of the Pearl Monument in itself has created a direct pathway linked to the mission of freedom with regular marches attempting to reach the former protest hub.

The crackdown has continued throughout this cycle, escalating on specific anniversary dates. The root of the uprising itself, however, was not something established in 2011. Rather, it is the continuation of a 200-year-old movement for self-determination. These issues can be examined through past movements that have triggered the same response from the government that was witnessed in 2011. The issue of self-determination was even brought up during the uprising in the 1950s. Leaders of a Higher Executive Committee, set up to combat government accusations of sectarianism, complained that “the people of Bahrain are not participating in their own affairs, it is only a one-man rule.” The government responded by accusing them with having a sectarian agenda influenced by Egypt. When asked about these accusations, committee leader Abdulaziz al-Shamlan argued, “Our movement is not influenced by any outside power.” Later on, those leaders were also shipped by the British to a prison in St. Helena and imprisoned for voicing their demands for self-determination.

The present uprising works to entrench those historical goals in the generations to come.

The first mistake the Bahraini government made is accepting the BICI recommendations with the assumption that this would end the crisis without considering the central issue of why the uprising began in the first place. The second mistake was implementation. Acceptance in itself was seen as a major achievement by the government, while actual implementation was neglected. The main issue of self-determination, however, has never changed as the catalyst for the uprising. Anniversary protests are functioning as mere cumulative pressures to achieve this overall goal.

The roots of the uprisings in Bahrain continue to dictate the current movement. The government refuses to tackle central issues of system-wide corruption, discrimination, equality and civil and political rights. While it continues to promote a collapsed "national dialogue," more than 3,000 political prisoners remain in Bahrain’s prisons, including political leaders who should be at the dialogue table.

Ebrahim Sharif, for example, leader of the Wa’ad opposition society, and a Sunni Muslim, was a central figure working against allegations of sectarianism in Bahrain. By actively engaging in the 2011 protests and calling for peaceful political reforms, Sharif’s conduct countered all attempts by the government to paint the uprising as one with sectarian motives. He was later tortured and imprisoned.

As the government has imprisoned most figures who were actively advocating for peaceful means of protest, such as Abdulhadi al-Khawaja and Nabeel Rajab — while continuing to fiercely repress any avenue of peaceful dissent — it is difficult to believe that incidents of violence on the street have come out of the blue. Trust-building measures, such as releasing political prisoners, have not been taken nor has the crackdown itself halted during the government’s own promotion of a national dialogue prior to its collapse. Without employing trust-building measures, or creating a basic environment for political reform, Bahrain will delve deeper into crisis.