On the second anniversary of the Bahraini uprising, a new dialogue between the government and opposition has opened and the streets of Manama are mostly calm, but political tensions continue to roil, writes Lena Odgaard from Manama. 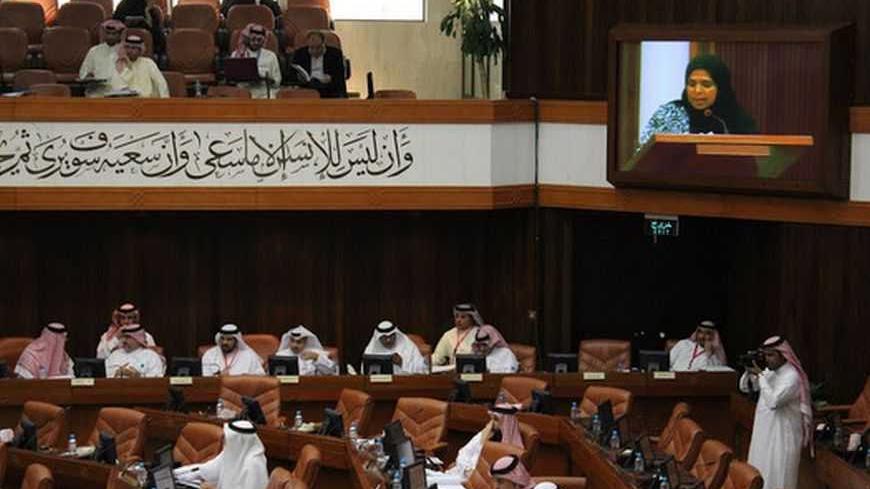 On the second anniversary of the Bahraini uprising, a new dialogue between the government and opposition has opened and the streets of Manama are mostly calm, - Lena Odgaard

In the countless huge malls in the Bahraini capital of Manama, families drink Starbucks coffee and peruse Western designer brands. At outdoor cafes and parks, women — some in long black abayas others in jeans and T-shirts — enjoy the early spring weather while chatting and watching their kids play.

On the surface there seems to be little concern over the ongoing uprising which erupted almost two years ago. But as people return home in big shining convertibles and SUVs on one of Manama’s main highways, burning tires disrupt the rush-hour traffic and show that below the shiny surface, political tensions and ongoing unrest still simmer in the small kingdom.

As the situation seemed stagnant, King Hamad bin Isa Al Khalifa called for dialogue meetings, which were launched Sunday, Feb. 10, and continued Wednesday. Representatives from opposition groups, pro-government parties and the national assembly attended these meetings, the first in 18 months.

As the two-year anniversary of the beginning of the protests approaches, the regime is in need of positive publicity. Though the regime has been successful in establishing an appearance of calm, it has been continuously criticized for its harsh handling of protesters, crackdown on freedom of speech and “lack of commitment to consolidate the rule of law and reinforce human rights,” as expressed by the Bahrain Independent Commission Inquiry (BICI) in its follow-up report from November 2012.

In spite of the dialogue, other opposition groups and the unofficial Feb. 14 movement have called for peaceful protests throughout the past weeks leading up to today.

At Sunday’s dialogue meeting were people from four secularist opposition parties as well as the Islamist Al-Wifaq Party. In a list of nine points of dialogue mechanisms, the parties emphasized that they wished to reach a serious final agreement based on "decisions and constitutional drafts" and not recommendations.

After the meeting, participants from the opposition expressed cautious optimism, but complained of a lack of a clear agenda and representation of senior officials, according to Reuters. The news agency also quoted Justice Minister Sheikh Khaled bin Ali al-Khalifa for saying the session had been a positive start and "confirmed the importance of this dialogue."

Not all of the opposition parties support the dialogue. Speaking to Al-Monitor prior to Sunday’s meeting, Hisham Al-Sabbagh, spokesperson for the opposition party, Islamic Action Society (Amal), stated that dialogue was meaningless as long as the leaders who should be representing them are in jail.

”The government has to understand that dialogue won’t kill the opposition. Those leaders are part of the solution, and jailing them is ignoring what could lead to a final solution of this situation,” said Al-Sabbagh.

Around 1,500 to 1,600 political detainees are currently in prison, according to the Bahrain Center for Human Rights. But exact numbers are impossible to determine, they wrote to Al-Monitor over email, “as people are arrested and released on a rolling basis. Some people just disappear, and will turn up weeks later in a police station.” In January the court upheld the sentences of 20 opposition leaders and human rights defenders.

Al-Sabbagh explained that the opposition is split as people are growing tired and as the US, whose navy’s fifth fleet is hosted by Bahrain, is putting severe pressure on them: ”They are hoping it could pave the way for a better situation, but it is only helping the interests of the government and royal family. We notice there is a kind of peace on the streets, but that doesn’t mean the problems are resolved.”

The Amal Party, based on Islamist ideology, is considered one of the more extreme opposition parties. The government has repeatedly accused not only Amal but the opposition as a whole of being “linked to foreign agendas,” a notion backed by Bahraini lawyer Fareed Ghazi.

“When the crisis started on Feb. 14, 2011, the people demonstrating were talking about the needs of the Bahraini people — for example, housing and unemployment. At that time everyone was one unit. But suddenly the language was different and there were talks of an Islamic rule,” he said to Al-Monitor in Manama.

Ghazi said he supports democracy but thinks people were misusing freedom of speech, had too many religious agendas and stopped caring about what was best for Bahrain.

“I am Sunni and my wife is Shia. We are both liberals. You can see us as symbols of Bahrain,” said Ghazi, who is currently a defense lawyer in the controversial case against the Bahraini Princess Sheikha Noura bint Ibrahim Al Khalifa. The princess works as a police officer and is accused of torturing two doctors in connection to the uprising.

The opposition has rejected allegations of Iranian ties, a position supported by the conclusions of the BICI. It also denies attempting to cause problems between Shias and Sunnis.

“We have an issue between the opposition parties and the government, not with other parts of society. We don’t have sectarian issues. That was created by the government,” said Khalid Marhoon, also from Amal, to Al-monitor.

In conversations Al-Monitor had with people on the street, some Bahrainis said sectarianism was never an issue, while others claimed it had always been an underlying concern, especially in rural areas. Either way, the past years’ demonstrations have fanned the flames of sectarian mistrust among Bahraini Sunni and Shia groups.

In an attempt to address the growing tension, the non-political organization Bahrain Society for Tolerance and Religious Coexistence was founded in 2012.

“When the media referred to the event in Bahrain, they said the Shia sect of Bahrain started the unrest. It was not the Shia, but a group which had differences with the system. In my family we have intermarriage with Shia, for example,” said Dr. Latif Al-Khaja to Al-Monitor in Manama.

The society attempts to organize talks and concerts which involve different religious groups, but according to Al-Khaja, there is still a wide gap of suspicion to bridge.

The dialogue meetings come at a time where the situation seems deadlocked, with signs of neither the protests dying down nor government concessions. As frustration grows among members of both parties, tactics become harsher, said Mansoor Al-Jamri, editor of Bahrain’s only independent newspaper, Al-Wasat. While young protesters burn tires, throw Molotov cocktails and set up blockades of logs and garbage containers to prevent riot police from following them into the Shiite neighborhoods, the authorities respond with excessive use of tear gas, arrests, threats and torture.

”This won’t wear off. It is a battle for attention and both sides try to exhaust the other, but everyone is tired. If you need a solution, you need compromise, and no one will,” said Al-Jamri.

Lena Odgaard is a Danish freelance journalist in the Middle East. She was recently in Bahrain as part of a delegation invited by the Bahraini NGO the Good Word Society. She tweets @l_odgaard.