The leader of the Saudi-backed rebel Southern Front, which Riyadh intends to arm with advanced weaponry, has openly collaborated with al-Qaeda during the course of the Syria war. 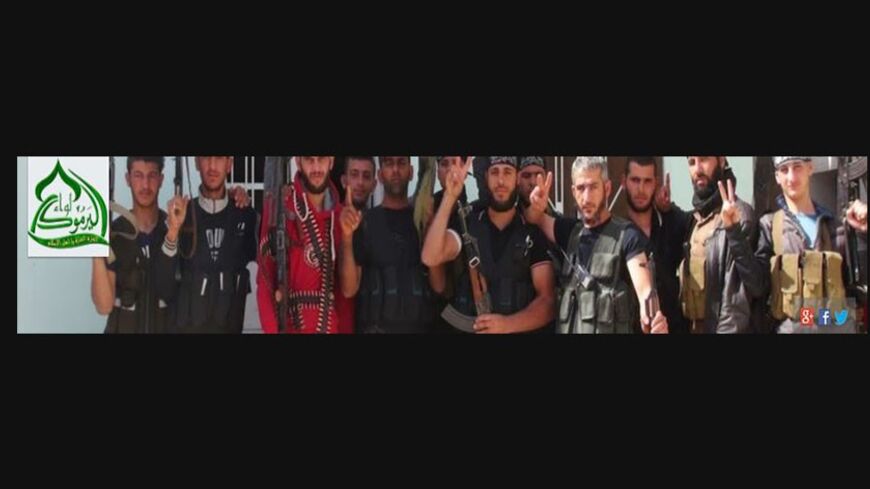 According to a recent report in The Wall Street Journal, Saudi Arabia, apparently with US backing, has agreed to provide advanced weaponry, including shoulder-fired anti-aircraft missiles, to a newly formed “Southern Front” of the Syrian rebellion under the leadership of Bashar al-Zoubi. Zoubi is the commander of the Yarmouk Brigade, a powerful rebel formation operating in the region of Daraa, near the Jordanian border. The choice to arm Zoubi and his fighters was reportedly made to the detriment of the Islamic Front, a coalition of rebel formations operating in the north, and on the assumption that the arms provided to the Southern Front would be less likely to “fall into the hands of al-Qaeda-inspired groups.”

If this is indeed the calculation of Washington and its regional allies, the problem with it is that Zoubi’s Yarmouk Brigade — like elements of the Islamic Front in the north — has been known to collaborate with none other than Jabhat al-Nusra. Jabhat al-Nusra is not merely “al-Qaeda-inspired.” It is the jihadist faction in Syria that is officially recognized as an al-Qaeda affiliate by al-Qaeda chief Ayman al-Zawahri. It was designated as a terrorist organization by the US State Department in December 2012.

In March 2013, the Syrian Observatory for Human Rights (SOHR) reported several joint operations by Jabhat al-Nusra and the Yarmouk Brigade, including, most notably, the storming of Syrian Air Defense Base 38 near the town of Saida. A summary of the SOHR report is available in English here.

Numerous videos posted to a YouTube channel bearing the Yarmouk Brigade logo document and celebrate the capture of Base 38. The videos and their accompanying titles essentially corroborate the SOHR account of the Yarmouk Brigade/Jabhat al-Nusra collaboration in the conquest of the base. The videos include statements from Zoubi from the site of the battle and grisly images of fallen "shabbiha" — Syrian Army soldiers— who are said to have been killed “at the hands of the heroes of the Free [Syrian] Army and Jabhat al-Nusra.” The massive and ghastly head wounds suffered by the victims suggest they were shot at close range, presumably executed.

Despite rumors that a Yarmouk Brigade field commander was assassinated by elements of Jabhat al-Nusra at the beginning of October 2013, posts to pro-rebel YouTube accounts show that the Yarmouk Brigade/Jabhat al-Nusra alliance has persisted. Indeed, a video released by the brigade’s “media office” openly acknowledges the collaboration of Jabhat al-Nusra in an attack carried out on Oct. 5, four days after the field commander was killed. The video shows a Syrian army post near the Jordanian border being destroyed by remotely detonated explosives. As the blast obliterates the post and its occupants, cries of “Allahu Akbar!” can be heard. An explanatory text at the outset of the video notes that the operation was carried out by “our heroes in the Yarmouk Brigade, with the participation of Jabhat al-Nusra.”

Notwithstanding the depiction of Zoubi and his forces as a somehow more “moderate” alternative to the Islamic Front, the fact that the Yarmouk Brigade would collaborate with Jabhat al-Nusra is not surprising. While the brigade has developed its own distinctive “branding,” including its own logo and flag, it has been careful to incorporate Islamic themes and classical jihadist symbolism.

The combination of ostensibly secular or national symbolism and Islamist symbolism was already evident in the December 2012 video announcing the brigade’s formation. The green-white-and-black flag of the Free Syrian Army is front and center. It hangs in front of the table from which Zoubi reads out the announcement. But clearly visible in the background — flying over the “national” flag — is the black standard of jihad with its famous inscription, the shahada: “There is no God but God and Muhammad is his messenger.”

The Yarmouk Brigade already boasts a very impressive array of military hardware, including tanks. Numerous images exist of the brigade’s heavy weapons flying the black standard with the shahada. Brigade fighters have also been known to wear black headbands modeled on the flag. In a video recorded after the fall of Base 38, Zoubi himself can be seen wearing one.

The brigade’s green logo incorporates the motto “Honor, Honor, o people of Islam.” Earlier versions of it were cleverly combined with an inverted white version of the jihadist standard. 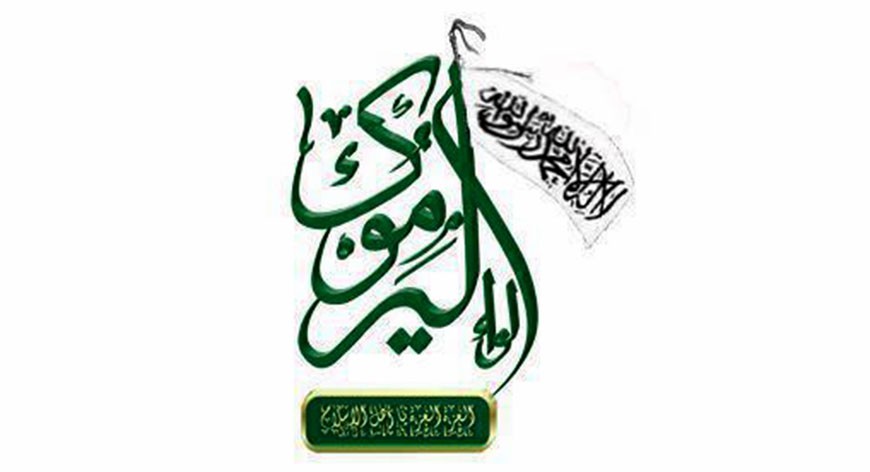