Using Women to Win in Syria

Women's brigades are fighting on both sides of the conflict in Syria, serving an important purpose for both regime and rebels. 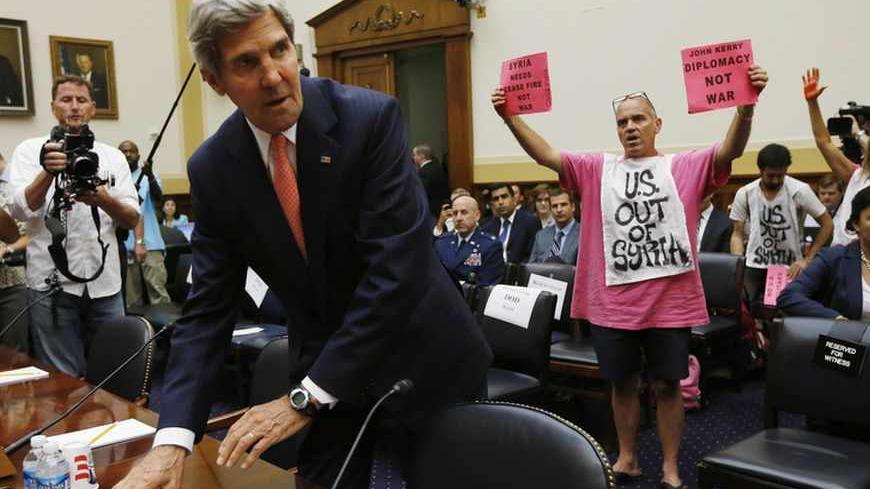 A female member of the Our Mother Aisha Brigade receives instruction as she holds a rifle during military training in Aleppo's Salaheddine district, Sept. 19, 2013. - REUTERS/Loubna Mrie 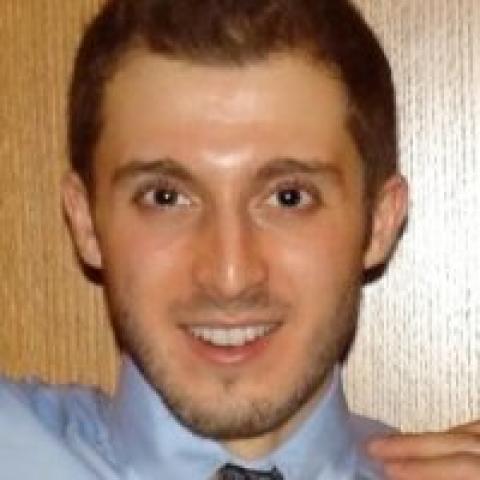 Before the Syrian revolution, Layla, who requested that her real name remain confidential, was a university student in a rebel-held district of Aleppo. But in January 2013, after witnessing a bombing at her campus that killed 82 people, including some of her classmates, she now carries a Kalashnikov rifle and supports the Free Syrian Army (FSA) at a checkpoint positioned at the northeast end of the city.

According to the Syrian Observatory for Human Rights, a Britain-based, pro-opposition monitoring group, some 5,000 women in Syria are currently engaged in military combat and logistics. AFP reported that one in five fighters is female in the Kurdish People's Protection Units (YPG), the armed wing of the Kurdish Democratic Union Party. In Arabic, they are called muqatilat, meaning women fighters, and they have formed female battalions throughout the country. Muqatilat are small in number in comparison to the male mujahedeen fighters, and even though they carry weapons, they don’t call the shots in the rebel command. Nevertheless, they can be found alongside male fighters on the frontlines — often in defiance of traditional gender roles.

Syrian activists on the ground provide different explanations for why female battalions emerged. Some say that the first battalions were formed in May 2012, shortly after forces loyal to Syrian President Bashar al-Assad massacred 108 civilians — including 34 women and 49 children — in the city of Homs. Other female brigades formed out of necessity soon after that. The Daughters of al-Walid, for instance, announced on YouTube that it arms and trains women to defend themselves. And self-defense is much needed: According to the International Rescue Committee, violence against women, especially rape, is the main motivation for flight among Syrian refugees in Jordan and Lebanon — more than shelling and air raids.

Other activists say that female battalions are more a front in the psychological war than the physical battlefield. Some of these battalions may be a sectarian response to the regime recruiting its own muqatilat. Assad has recruited up to 500 women for a paramilitary force called the Lionesses for National Defense, a subsidiary of the National Defense Force (NDF), the regime’s key counterinsurgency arm. A Syrian journalist and activist living in Lebanon told me that the symbolism of NDF women reflects Syria’s growing sectarian divide. Recruited from Assad’s Alawite sect, they try to transmit a liberal and empowered image by dressing in camouflage and operating checkpoints.

The opposition had to up the ante by creating its own female battalions — both on the battlefield and in cyberspace. The Sumayyah bint Khayyat, based 50 miles from Damascus in al-Nabk, posted an image on its Facebook page of armed muqatilat beside a written vow to oppose all enemies of Islam: Jews, Russian Communists, rawafid (literally “rejectionists,” a derogatory term for Shiite Muslims) and other kufar, or infidels. But aside from its sectarian slogans and support for grieving families, activists cannot confirm its presence on the frontlines.

There is evidence that Aleppo’s Our Mother Aisha Brigade provides more active support for the FSA. Zahra, one of the brigade’s muqatilat, told the independent Syria Al Ghad TV channel that she joined to “uphold the world of God on earth and to be helpful and supportive to [her] mujahedeen brothers in the FSA.” Our Mother Aisha Brigade is also sectarian and takes its name from one of the Prophet Muhammad’s wives who is revered in Sunni Islam but viewed unfavorably in Shiism (and its Alawite offshoot). But whether Zahra and other muqatilat confer a military advantage is unclear.

Perhaps not surprisingly, female brigades are a controversial phenomenon. Jabhat al-Nusra, an al-Qaeda affiliate and US-designated terrorist organization operating in Syria, rejects in principle the participation of women in combat. The wife of Ayman al-Zawahiri, now the leader al-Qaeda, wrote in a 2012 letter that jihad “isn’t easy for women ... because a woman has to be with a mahram [male guardian] when she moves.” Even so, most fighters, even Islamist ones, seem to value the muqatilat — whether they operate as a division within a larger male-led battalion, a mahram of sorts, or independently.

Male and female fighters have even collaborated with each other in battle. Al Aan News, based in Dubai Media City, United Arab Emirates, reported that in Aleppo the FSA soldiers coordinate with some 80 YPG female fighters. The program aired footage of the FSA preparing firebombs as the muqatilat carried out an operation on a neighboring street in the Kurdish area of Sheikh Maksud. The members of this brigade were trained by the YPG to fire myriad weapons, from RPGs to snipers, at as young as age five.

Northeast of Aleppo, in the village of al-Hasna, YPG muqatilat also fight to protect their people. But in this instance, they are not fighting the regime, but the Islamic State of Iraq and al-Sham — an umbrella organization of Iraqi jihadist-insurgent groups, and its main ally, Jabhat al-Nusra. Bahar, one of the muqatilat in al-Hasna, told Al Aan News “women are better [fighters] than men.”

The Sunni Ikhlas (Loyalty) Battalion, part of the moderate Ghuraba al-Sham Brigade, has also engaged in combat operations, firing homemade rockets from Aleppo's Suleiman al-Halabi neighborhood at strongholds of the feared pro-Assad militiamen, known as shabiha. Ikhlas has both an Islamic appearance and purpose: Its approximately 21 members are fully-covered and crowned with a flag of tawhid (monotheism) — a black banner displaying the shahada, or the Islamic declaration of faith. Ikhlas’s muqatilat do not necessarily defy conservative norms that proscribe women to the domestic sphere. On the contrary, they help the rebels’ security apparatus maintain Islamic values. The battalion does a job that only women can do — conduct female body searches while operating checkpoints in rebel-controlled areas of Aleppo.

The head of Orient TV, an opposition news network, told me that fears about Ikhlas's Islamist agenda may be exaggerated. Its muqatilat indeed wear the same flag of tawhid as Jabhat al-Nusra and other unsavory extremist groups. Despite this fact, however, their ties to jihadists are also inconclusive. “There is no link between female battalions and Islamist groups — not in affiliation, nor in terms of training,” he said. The flag may be an attempt to negate Jabhat al-Nusra’s rejection of their participation in the revolution. Or they may wear the shahada woven into the fabric of their hijabs to symbolically affirm the commitment of Muslim women to unseat Assad.

The main reason these Sunni female battalions matter, however, has to do with the support role they play behind the scenes. Ikhlas, for example, distributed food rations and monetary allowances this Ramadan to residents of Aleppo’s Ard al-Hamra district — hit by a bombing that reduced vast swathes of the area to rubble in February — and the similarly destitute Sakhour neighborhood. The situation in Syria is so destitute that the owner of several hospitals in liberated Syria told me that "those who can feed people can rule people.” Ikhlas and other women are being used by Islamists to feed their way to victory.

“Women are more dangerous than weapons,” said an activist with the Syrian Emergency Task Force who is close to the Supreme Military Council and the FSA in general. “If you want to spread your ideology, the best way to do it is through women.”

It appears that both the regime and the opposition have figured this out.

Adam Heffez is a research assistant in the Program on Arab Politics at the Washington Institute for Near East Policy.