Coordination among the disparate anti-regime forces is more effective in the Aleppo area thanks to control by the Islamic Front and the common threat of the Islamic State, though tension has risen because of rebel infighting in the bordering region. 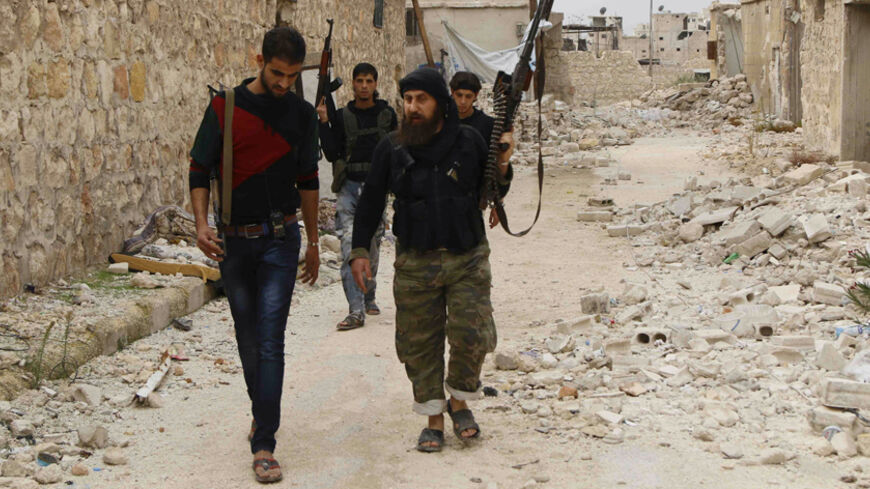 ALEPPO, Syria — Close relations between the Islamic Front (IF) and other factions have thus far enabled a higher degree of coordination in and around Syria’s former industrial capital than in other regions controlled by anti-regime forces.

The Bab al-Salam border crossing is a fenced route with checkpoints, a media office to register foreign journalists staffed by a former Liwa al-Tawhid Brigades fighter and polite, uniformed IF security officers who work closely with Turkish border guards.

The crossing is the only one at which Western journalists can — generally — get legally stamped out of Turkish territory, and the area across is starkly different from the relative confusion reigning at the Bab al-Hawa crossing farther west.

The latter leads into the Idlib region, where on a trip earlier this year this reporter saw a multitude of rebel brigades’ names spray-painted on walls to mark territory, and where checkpoints of different groups can be tense experiences even for rebel fighters. A variety of groups warily coexisted in the region until fighting broke out between jihadist Jabhat al-Nusra and the moderate Syrian Revolutionaries Front (SRF) and others.

Coordination is higher and more effective in the Aleppo area due to the relatively undisputed control by the IF umbrella group, though tension has risen recently because of rebel infighting in the bordering region.

There are now fewer checkpoints than there were in August, and the ones that remain bear official IF logos instead of those of individual factions. The group has few forces to spare, however, involved as it is in fighting off both an impending siege by the regime and attempts by the Islamic State (IS) to regain access to the city.

Al-Monitor spoke to Mahmoud Afash, the head of the Aleppo city section of the IF faction Ahrar Souria, one morning on his return from the Handarat frontline against regime forces. The group is fighting alongside both the moderate, US-backed Harakat Hazm and Jabhat al-Nusra on this key front against President Bashar al-Assad’s forces, aided by several foreign militias.

The commander’s desk is flanked by a black flag with the "shahada" (Muslim declaration of faith) on it and a Syrian revolution one. Most people now associate the "black banner" bearing the words "There is no god but God, and Muhammad is the messenger of God" with IS, but those displaying it in opposition-controlled areas strenuously deny that it means anything other than a simple profession of faith misappropriated by an extremist group that "has nothing to do with Islam," in the words of the rebel commander.

Afash said that three of his brothers have been killed since the 2011 uprising, including one at the hands of IS, noting, "The regime killed about 250 of the group’s fighters in three years, and IS roughly the same number in 10 months."

He is said to command about 800 men, out of the just under 2,000 of the entire Ahrar Souria. One of his local subcommanders is the fairly well-known Sufi singer Sheikh Ahmad Habboush, who frequently performed abroad prior to the uprising.

Afash’s group recently captured a number of foreigners fighting with the Assad regime, including an Afghan prisoner who said he had been offered early release from an Iranian jail and pay if he agreed to join the Iranian militias backing the Assad regime, Afash said.

After asking to speak to the prisoner, Al-Monitor was sent to the IF military police station for authorization. The walls of the waiting area and the offices are plastered with the visages of former Liwa al-Tawhid Brigades leader and "hero of the revolution" Abdul Qader Saleh, killed by a government attack on a base near Aleppo in November 2013, and the 22-year-old former national Syrian soccer star Abdelbasset Sarout, a leader of the nonviolent protests in Homs who later became an anti-regime fighter.

After being asked a few questions, Al-Monitor was told an interview would not be possible for the time being, as negotiations for a prisoner exchange were underway. The group was said to be demanding a number of women and children taken by the regime in recent operations in Handarat in exchange for the Afghan fighter.

The IF attempts to maintain good relations with all the groups operating in the area, and has declared "neutrality" in the fighting in Idlib.

On the issue of the local al-Qaeda affiliate, Jabhat al-Nusra, Afash said they were "very good men. We call them brothers."

Al-Monitor was subsequently granted the chance to speak to a local Jabhat al-Nusra commander, or "emir." The close relations between the two groups were evident from the fact that the interview took place in an IF office.

The "emir," who called himself Abu Dardeh, was a former fighter with the Liwa al-Tawhid Brigades (the largest faction in the Aleppo IF) that had joined Jabhat al-Nusra because he "didn’t want to take orders from abroad," he said.

A fighter from the IF’s Ahrar al-Sham dropped in for tea during the conversation, as did a prominent imam who had taken part in the initial protests at the University of Aleppo and seemed to be well known in the city.

Several civilians told Al-Monitor that Jabhat al-Nusra and some IF factions were "no different in their views from IS" but that they acted differently. Most conceded, however, that there is virtually no other choice at the moment than to cooperate with them.

The recent ousting of the moderate SRF — long seen as imperfect but acceptable to secular Syrians — from its main bases in Idlib after the fighting with Jabhat al-Nusra began only deepens the concern that extremist fighters will get the upper hand in Aleppo as well, should serious infighting start.

There is also the ever-present fear of a possible regime siege on the city, as happened in Homs and other cities, should fighters get distracted by infighting, with fatal consequences for many of the few hundred thousand civilians still inside. 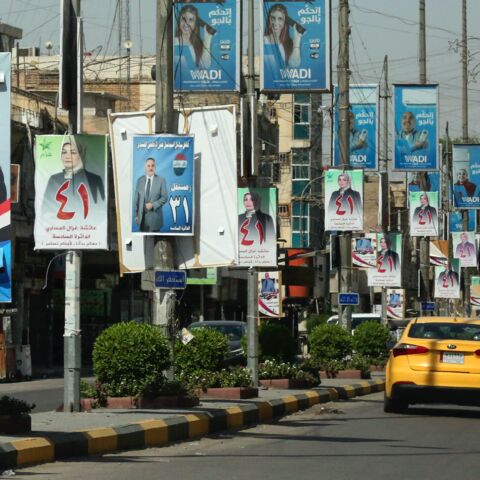