In the absence of a diplomatic settlement between the West and Russia over Ukraine, Moscow may seek to capitalize on recent gains in the Middle East at US expense. 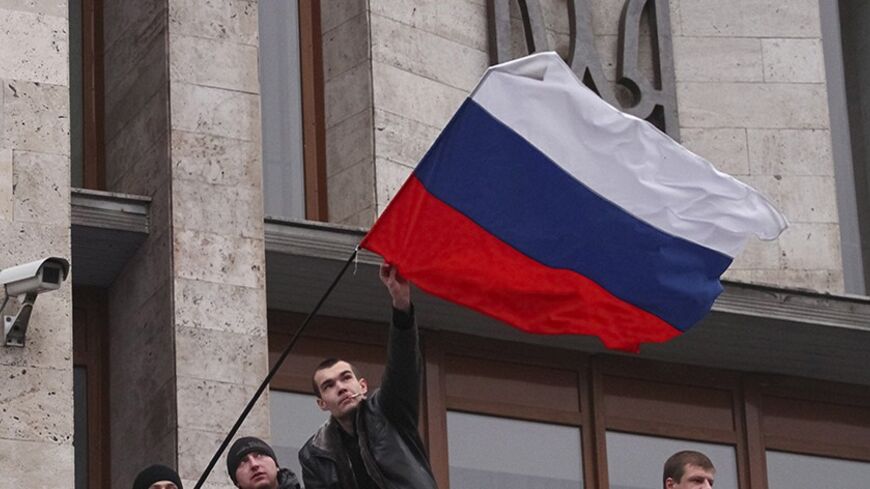 A new phase has begun between Russia and America: 25 years of assurances that the Cold War is over and that the United States and Russia are no longer enemies is ending with an open political confrontation over Ukraine. Washington's intention to impose sanctions against Russia threatens to radically change not only the atmosphere of relations but also the nature of their cooperation. For the last year or two, this cooperation has basically been forced anyway, where it was impossible to avoid it — Syria, Afghanistan and Iran. There has been no other agenda since the New START Treaty was ratified and Russia joined the World Trade Organization (WTO).

For Russia, Ukraine is an issue of principle, and cannot be compared with any other issue. As the Russian conservative magazine Expert wrote, "It is impossible to retreat any farther. … For Russia, maintaining our presence in Ukraine means much more than holding the G-8 summit in Sochi and even more than membership in the organization itself." In addition to the cultural-historical and strategic reasons why Ukraine is very important for Moscow, this conflict is the culmination of a quarter-century of politics.

The majority of the population and a considerable part of the Russian establishment has the perception that for all this time (or most of it), the country has regressed, and has been forced to abandon its geopolitical position. In the beginning, because of growing weakness, then because of the collapse of 1991 and the ensuing deep crisis, and then out of caution and in the hope of achieving a "great deal" with the West by diplomatic and economic methods. The widespread opinion in Russia is that it all ended in failure, because neither America nor Europe plans to amicably recognize Russia as an equal partner. Russian President Vladimir Putin is certain that they only understand severity and force, such as that which occurred in 2008. Then, despite the universal indignation about the war in the Caucasus, no real sanctions were imposed, and at the same time, the question of admission of Ukraine and Georgia for NATO membership was withdrawn from the agenda.

The fall of Viktor Yanukovich's regime and the subsequent chaos in Kiev meant the prospect that the future Ukrainian state will be used to take revenge for previous failures of Western policy. It is no accident that everyone unanimously noted the unprecedented achievements of Russian diplomacy in 2013. Putin decided that the costs associated with intervention at this stage will be lower than the risks that Russia will face if Ukraine becomes much more nationalistic with the support of the West and, naturally, becomes a country oriented toward a Euro-Atlantic blueprint.

Nevertheless, the issue now is not Ukraine, whose prospects are extremely cloudy, but how to adjust Russian-American relations in the new context.

The sanctions are not reviving the Cold War situation: Back then, the superpowers did not use such sanctions. There was simply a parallel and barely connected coexistence with each other according to different principles, and there were limitations built into the logic of confrontation itself. Now, Washington's warnings are shifting the relations into an entirely different framework — actions of the United States and its allies against leaders they found disagreeable in Yugoslavia, Iraq, Libya, Syria, etc. Moscow has always been fundamentally opposed to sanctions as an international instrument: First, they do not achieve the desired result, and second, they set in motion a mechanism of pressure, whose ultimate consequence is military intervention. The Russian leader's position in the category of "rogue leaders" is extremely offensive and inevitably causes a severe response.

Putin is the type of politician who forgets nothing and leaves nothing unanswered. This has been observed many times and at different levels. Beginning with the activation of military-technical cooperation with Venezuela (near the United States) precisely at the moment when Washington turned Georgia (bordered by Russia) into its ally. And ending with symmetrical incidents with diplomats. At the same time, Putin has his own very precise idea about the scale of responses and about what lines should not be crossed.

In the Middle East, where Russian-American cooperation is most active, there are two types of effects — short-term and more foundational. In the short term, Russia is likely to dramatically reduce its interest in settlement of the Syrian situation, especially since official Damascus reluctantly and in response to rather strong Russian pressure agreed to continue the talks. The military-political situation in Syria allows Bashar al-Assad to have hope for victory, or at least for a long-term preservation of the current balance. Moscow will simply stop applying pressure on him, urging the need for diplomacy, but will continue to add to his arsenal when necessary to maintain the balance of power. The removal of chemical weapons will most likely not be slowed in any way, since this represents the implementation of Putin's idea, and moreover, stalling the plan would dramatically exacerbate the whole situation.

Cooperation on Afghanistan, more precisely assistance in the withdrawal of American troops from the country via Russia — is a much more complex issue. In August 2008, when Moscow's relations with NATO were frozen due to the war between Russia and Georgia and the political situation dramatically deteriorated, the parties deliberately did not touch upon the subject of the Afghan transit. The conversation then was about shipments into Afghanistan. In the same way, Putin completely ignored the protests within the country when the issue of providing NATO with a temporary airfield in the Russian city of Ulyanovsk was decided (it is an interesting coincidence that this is the birthplace of Vladimir Lenin). Since the beginning of the Afghan operation in 2001, which Moscow actively supported then, the Russian president has always considered this issue important for Russia. And this issue is not subject to changes in the state of affairs. Now it can turn out differently, although there are various possibilities. Everything will depend on the extent of the US sanctions, and to what degree they will be demonstrative and offensive. The Kremlin understands that as a last resort, the United States will do without the northern route, but it will be more expensive and require considerable diplomatic efforts from Washington in dealing with Pakistan.

Iran is the most interesting topic. There are plenty of opinions in Moscow now that the tentative rapprochement between Tehran and Washington is harmful to Russian interests. Russia will not interfere with the diplomatic process that began last fall, but it will try to win over Iran with offers of much greater strategic cooperation. Iran has long said that Russia is insincere when it talks about wanting friendly relations with Tehran, because ultimately it always looks back at Washington. Now there is a chance that Moscow will no longer do this and that it will chart a course toward closer and more comprehensive contacts with Iran. The promotion of military-technical cooperation is proceeding at a natural pace, which was overshadowed by the refusal to supply S-300 systems under President Dmitry Medvedev. Russian-Iranian cooperation greatly strengthened due to Syria, but the conflict between Moscow and Washington can advance an institutional development of this cooperation.

All in all, a serious confrontation between Russia and the United States promises to dramatically reshape the geopolitical balance of the Middle East. Over the past three years, Moscow scored a lot of points there — again, thanks to the consistent and uncompromising stance on Syria and the cautious attitude toward the revolution. Until recently, Russia did not really try to capitalize on these achievements and limited its efforts to expand markets. However, the clash over Ukraine may force Russia to conduct a more active anti-American course in the region, especially since many countries there are very annoyed at the strange zigzags that the United States performs.

Coordinating activities with China is also possible. Beijing cannot be considered an ally of Moscow and it views the Ukrainian conflict with great caution. However, China understands that the failure of Russia in Ukraine and the spread of Western influence there can shift the overall balance in favor of the United States and weaken the role of Russia as a counterweight. Therefore, China can seize the moment to strengthen military-political contacts with Moscow, particularly in the Middle East, where Beijing has significant interests.

The role of Turkey is a separate issue. Crimea, which has generated such passions, was historically under the dominion and influence of Turkey (until the last quarter of the 18th century). Crimean Tatars who inhabited the peninsula always maintained ties with their neighboring country (a large diaspora lives there), and when Crimea became part of independent Ukraine, Turkish influence grew rapidly. It is no accident that immediately after the crisis began in Ankara, Chairman of the Russian State Duma Sergey Naryshkin went there. It is important to Moscow that the Turkish authorities remain neutral in the conflict over Crimea. Turkey, meanwhile, may try to use the situation to its advantage, especially since things are not going well for Ankara in the Middle East and Prime Minister Recep Tayyip Erdogan is experiencing a severe political crisis. Diverting the public's attention to external affairs would be very timely.

Ukraine is the most acute international crisis involving Russia since the end of the Cold War. And it's not because of the strategic importance of this country. It's just that a conflict in a country that is psychologically very important for Moscow is occurring at a time when the previous world order ceases to be operative and a new one is beginning to arise. So, Kiev has unwittingly become the intersection of world history.