Iran will officially remain neutral on Ukraine, but the outcome of the crisis could mean a strengthening of ties with Russia, as both countries share many strategic interests. 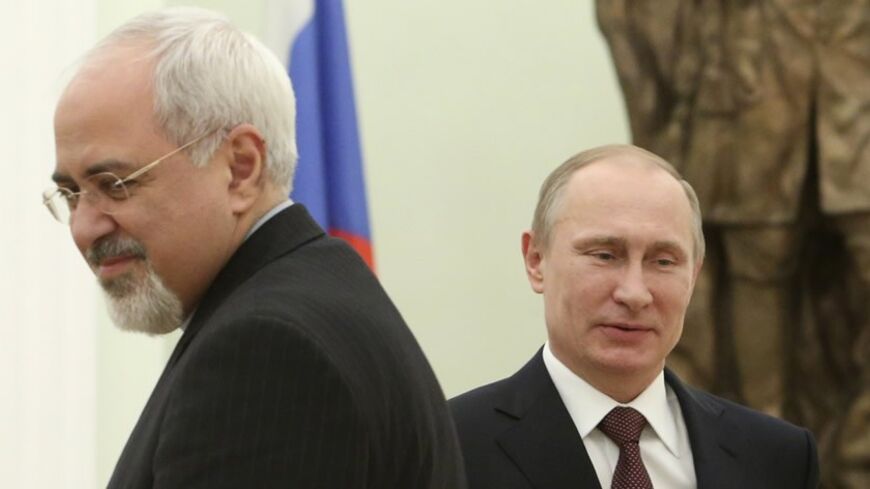 Tensions between Russia and the West have simmered since Ukraine’s Russian-leaning president, Viktor Yanukovych, was ousted on Feb. 21. The crisis culminated when the Crimean Peninsula’s local government, with 60% of its inhabitants identifying themselves as ethnic Russians, called for a referendum on seceding the Crimean Peninsula from Ukraine. While observers view the current Ukraine standoff as the gravest post-Cold War between the West and Moscow, the impasse over Iran’s nuclear crisis is also considered the greatest challenge to Iran-West relations.

Iran will remain neutral in this conflict, despite that the crisis in Ukraine may result in a favorable outcome to its future including the standoff with the West over its nuclear program. A senior Iranian official said, “Iran would surely stay out of this dispute [over Ukraine].” However, the crisis in Ukraine could have possible impacts on Russia-Iran relations.

The Russian military intervention in Ukraine could result in NATO forces moving closer to Ukraine’s western borders. However, Russia is concerned that its withdrawal from Crimea may result in the West’s crawling of military forces toward the borders of Russia, thus jeopardizing its security and weakening its strategic depth. In the last two decades, Russia and Iran have been carefully watching the United States and NATO expanding their reach eastward by erecting military bases around the borders of the two countries, with near-total disregard for Moscow's and Tehran's legitimate security interests. In recent years, under Iranian Supreme Leader Ayatollah Ali Khamenei's and Russian President Vladimir Putin’s rule, both states have been resisting Western hegemony, seeking to mend their wounded pride and prestige and attempting to extricate themselves from what they perceived as a lack of international respect and influence. In 2005, Putin said that the fall of the Soviet Union was “the greatest geopolitical catastrophe” of the 20th century. To give up on Ukraine and allow it to slip out of Russia’s orbit would be a monumental blow to Putin’s efforts for restoring Russia’s position in the international arena.

Since 2006, the United States has successfully amassed consensus among world powers with regard to Iran’s nuclear program, the outcome of which were UN sanction resolutions, followed by unilateral US and EU sanctions. Now, a persistent Ukrainian crisis may bring to bear a number of scenarios.

During negotiations of the final nuclear agreement between Iran and the P5+1 (five permanent members of the UN Security Council plus Germany), it is of paramount US importance to suppress Iran’s nuclear program to the extent possible. However, while the crisis over Crimea continues — and presumably for the foreseeable future upon its conclusion — it will be difficult for the United States to garner Russian support as it did for the interim agreement in November 2013. This will likely weaken the US/European position on conditions that are aimed to limit Iran’s nuclear program beyond the nuclear Non-Proliferation Treaty (NPT). Since Americans and Europeans both have threatened to apply diplomatic pressure on Russia, including the imposition of sanctions, logic follows that Russia will play Iran’s nuclear card against the United States and Europe, hoping to influence the US and European position toward Russia in Ukraine..

Furthermore, if Iran complies with the interim agreement and cooperates with the International Atomic Energy Agency (IAEA) but the West continues to push Iran with excessive demands, Russia may attempt to ally itself with Iran and even violate sanctions by the West in response to the West’s diplomatic and economic pressures.

Great economic rewards may also result from Russia cultivating closer relations with Iran. It is very likely that Iran will raise the inclusion of constructing up to 20 nuclear plants — obviously under international supervision — as part of the final nuclear agreement. Iran has already planned to build four of those in cooperation with Russia. The mega project of building 20 nuclear plants would involve tens of billions of dollars.

It is unlikely that Europeans and Americans react to Iran’s demand of building these nuclear plants, even if the final nuclear deal has been satisfactorily signed between Iran and the P5+1. This would present itself as another opportunity for the Russians to take advantage of the situation and win this mega project, while tightening their ties with Iran in the direction of their strategic thinking.

Iran's and Russia’s support of Syrian President Bashar al-Assad and their confrontation with US and Western policies aimed at Assad's demise leads us to conclude that both countries intend to consolidate their strategic depth in the region, establishing themselves as an influential actor. Combine this strategic security objective with the geopolitical security interests, shared between Russia and Iran, and there is no better country with whom Russia could ally than Iran.

As a result of their geographical position, Iran and Russia share major strategic interests. The possible return of the Taliban in Afghanistan that could be accompanied with the revival of al-Qaeda in that country is an immediate threat to the security of both states. Another perceived threat to the security Iran and Russia is instability and the expansion of US military bases in Central Asia, the Caspian Sea region and the Persian Gulf. These geopolitical sensitivities form the natural basis for cooperation between Iran and Russia.

Many observers believe that if the March 16 referendum in Crimea ends in the seceding of the peninsula from Ukraine and joining Russia, the West-Russia conflict will most likely escalate. Over time, the mounting pressure on Russia as a result of their conflict with the West over Ukraine, combined with these strategic considerations, may lead the Russians to conclude that shaping an alliance with Iran is the best option to realize their strategic objectives as well as confronting the West. Therefore, it is a safe assumption that if the Ukrainian crisis continues and Iran faces excessive demands and pressure from the West during the nuclear negotiations, Russia will move closer to Iran and the two states could form a power pole in the region. In addition, there is considerable interest in Beijing in strengthening security ties with Russia. This could be an encouraging moment for Moscow-Beijing and Tehran to think about broader cooperation in the region and Asia.