Turkey's support for Crimea also highlights the growing value of Ukraine and Crimea for Ankara. 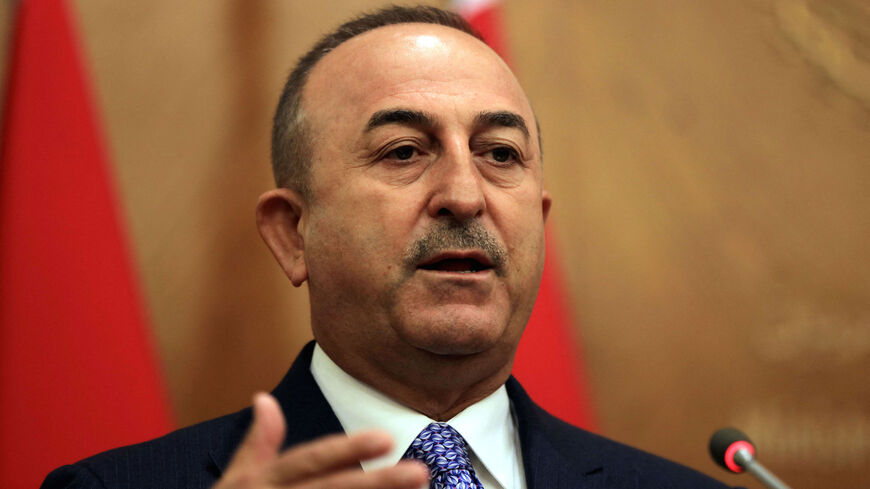 Russia lashed out today at Turkey over its support for Crimea, with Kremlin spokesperson Dmitry Peskov calling remarks made by Turkish Foreign Minister Mevlut Cavusoglu, to the effect that the peninsula belonged to Ukraine, unacceptable. "The Crimea issue is what creates significant disagreements," Peskov said.

Cavusoglu was in Kyiv on Aug. 23 for the first Crimean Platform Summit organized by the Ukrainian government that aims to build up diplomatic pressure on Moscow over its 2014 annexation of Crimea. The land grab was not recognized by much of the international community and triggered sweeping sanctions on Russia. Cavusoglu told reporters ahead of the summit, “We have never recognized the illegal annexation of Crimea and we constantly emphasize that we will not.”

He may as well have been speaking on behalf of the Ottomans, who lost Crimea to Catherine the Great in the Turco-Russian War of 1768-74. Turkish nostalgia for Crimea and its solidarity with the peninsula’s Muslim Tatars, who were deported en masse by Soviet leader Joseph Stalin to Central Asia and face harsh repression under President Vladimir Putin, has persisted ever since.

Turkey signed an agreement in April with visiting Ukrainian President Vladimir Zelensky for the Turkish state housing agency TOKI to build 500 housing units for Crimean Tatars who fled the peninsula in 2014 for mainland Ukraine.

Zelensky’s trip came as Russian troops massed along Russia’s borders with eastern Ukraine, the biggest such buildup since 2014. Zelenksy and Turkish President Recep Tayyip Erdogan signed a 20-point declaration in which Turkey reiterated its view that Ukraine should join NATO, which Turkey itself joined in 1952 over fears of Soviet aggression.

It also called for Crimea’s return to Ukraine and the “de-occupation" of the Donbas in eastern Ukraine where Russian-backed separatists and the Ukrainian military remain bogged down in a slow, grinding war.

The Crimean Platform Summit was held a day before Ukraine’s 30th anniversary of independence from the Soviet Union and Angela Merkel’s final visit to the country before stepping down as Germany’s first woman chancellor.

The Biden administration’s decision to drop its resistance to a Russian natural gas pipeline to Germany — Nord Stream 2, which will bypass Ukraine — came as a big blow to the Ukrainians, who were hoping Germany and the United States would use the pipeline to extract concessions from Moscow on Crimea and the Donbas. More importantly, Ukraine earns at least $2 billion in transit fees annually from Russian gas piped to Europe through its territory. Nord Stream will eat into that income.

As such, Turkey’s value for Ukraine has grown even greater. Little wonder then that it is among the few Western countries that did not put Turkey on a red list because of the COVID-19 pandemic, even as Russia, one of Turkey’s biggest sources of tourists, did. Since 2018, it's also been acquiring, to Moscow’s mounting ire, Turkish military drones that are credited with helping Azerbaijan wrest back large chunks of territory occupied by Armenia last year. Ukraine says it's buying the drones for defensive purposes, with five more Bayraktar TB2 drones slated for delivery this year.

Ukraine’s foreign minister, Dmytro Kuleba, remarked in the run-up to the Crimea gathering, “I do not think there are closer friends in Crimea than Ukraine and Turkey. We are two nations who care for this piece of land, for the people living there historically, for Crimean Tatars. This makes it more than natural for Kyiv and Ankara to cooperate closely on this matter.”

For all their effusion, Ukrainian and Tatar leaders will have been disappointed that Erdogan gave the event a miss. But it ought to not have come as a big surprise. Turkey knows it can push Moscow only so far. Turkey tasted Putin’s wrath when it downed a Russian jet over Syria in 2015. The Russian leader slapped trade sanctions on Turkey, stopped Russian tourists from traveling to the country and mounted a diplomatic smear campaign including allegations that Turkey was marketing oil on behalf of the Islamic State.

Relations between Erdogan and Putin, who used to chat over the phone regularly, have grown frostier since February when some 34 Turkish soldiers were killed in Syria’s Idlib, mostly likely in airstrikes carried out by the Russians rather than the Syrian regime as claimed by Turkish media.

“When Erdogan wants to keep an issue alive, he does. But this wasn’t one of them. Erdogan was determined for that event to not get blown up in the public sphere,” said Selim Koru, an analyst for The Economic Policy Research Foundation of Turkey, an Ankara-based think tank.

“Most people in Turkey will probably have forgotten about it,” Koru told Al-Monitor.

Turkey’s official explanation for Erdogan’s no-show in Kyiv is that Ankara needs to maintain an open channel with Moscow and this is in Ukraine and the Tatar’s interests, as when Turkey was able to get a pair of Crimean Tatar political detainees freed from a Russian jail in 2017.

Koru noted it may have been no coincidence that Russia’s state arms exporter, Rosboronexport, announced the same day of the summit that Turkey was in the final stages of negotiating a new deal for the second batch of S-400 missiles. An unnamed Turkish official speaking to Middle East Eye brushed off the announcement as a “misleading statement.” The Russians were “trying to poison our relations with the United States,” the official charged.

Turkey managed to do that without anyone’s help when it acquired the first set of Russian missiles in 2017 despite stiff warnings from Washington over the likely consequences. It’s now trying to wiggle itself out of a series of US sanctions and back into the F-35 fighter jet consortium from which it was kicked out over its refusal to get rid of the Russian kit that it has yet to unpack. The Biden administration is keen to overcome the crisis. But Ankara is scrambling to find a formula that will meet Washington’s requirements without upsetting Moscow, a balance that’s proving far harder to strike than that between Moscow and Kyiv.