What role will Crimean Tatars play in Russian-Turkish relations?

Observers wonder just how far Turkey is willing to stick out its neck to support Crimean Tatars during its quest to further reconcile with Russia. 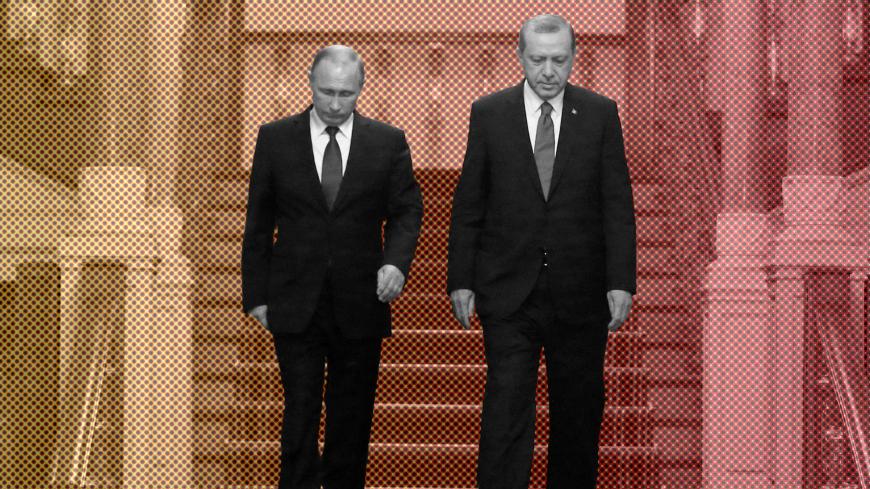 There’s a lot at play these days between Turkey and Russia. It’s a relationship fraught with sticky situations and touchy subjects. Currently — at least until something else comes along tomorrow — one of the touchier issues is Crimea.

On March 18, Turkey’s Ministry of Foreign Affairs published a statement regarding the third anniversary of the Crimean referendum. “Three years have passed since Ukraine’s Autonomous Republic of Crimea was annexed by the Russian Federation on the grounds of an illegitimate referendum held on March 16, 2014. We reiterate that we do not recognize the de facto situation caused by this act, which is a clear violation of international law,” the statement said.

Ankara also confirmed its support for the territorial integrity and sovereignty of Ukraine, saying, “Turkey will continue to follow the situation in Crimea closely and to defend the rights and interests of Crimean Tatar Turks, who are among the principal constituents of the peninsula.”

Not coincidentally, the Ukrainian prime minister was accompanied by Mustafa Cemilev, former leader of the Crimean Tatar National Assembly and now a deputy of the Ukrainian parliament. Cemilev is widely known in Turkey as Mustafa Abdulcemil Kirimoglu, “The Son of Crimea.” He and Groysman took part in the opening of a photo exhibition in Ankara on the deportation of Crimean Tatars from the Crimean Peninsula during the rule of Soviet leader Joseph Stalin.

At the opening ceremony, Ahmet Aydin, deputy speaker of Turkey’s parliament, said Turkey “will continue to raise the problem of Crimea on the international scene.”

“Our official position on Crimea and Crimean Tatars is clear and will not be changed under any circumstances,” Aydin said.

The Foreign Affairs Ministry’s statement and the Ukrainian delegation’s visit came just after a big Turkish delegation, headed by Erdogan, visited Moscow on March 11. The results of the talks were ambiguous: Turkish authorities left the Russian capital with a number of signed agreements, but they returned to Turkey still shouldering some of the economic sanctions imposed after Turkey shot down a Russian jet in November 2015. Turkey also received no clarity on the subject of Syrian Kurds.

In Ankara’s view, Moscow’s actions in Crimea violate international law and constitute an illegal annexation. Nevertheless, Turkey’s position on Crimea is less strict than those of Europe and the United States. Turkey’s government refused to impose sanctions on Moscow in 2014 and, perhaps more significantly, signed the historic Turkish Stream gas pipeline deal in December during Putin’s visit to Turkey.

Ankara poses itself as the main protector of Crimean Tatars — the primarily Turkic, historical inhabitants of the peninsula. Some of them left Crimea after 2014 and moved to Ukraine. Others stayed on the peninsula and received Russian passports. Turkey supports tight relations with the Crimean Tatars who left there. Turkish authorities often meet with their leaders, including Cemilev. In October, the Turkish Cooperation and Coordination Agency (TIKA) opened the Crimean Tatars Cultural Center in the Ukrainian capital, Kiev.

The Crimean Tatar diaspora in Turkey also plays a significant role there. According to Kirill Vertyaev, a Turkologist from the Institute of Oriental Studies of the Russian Academy of Sciences, there are more than 3 million Crimean Tatars, or Turks with Crimean Tatar roots, in Turkey. They occasionally attract attention to the Crimean issue by holding anti-Russian demonstrations, most recently Feb. 25 in Ankara, when dozens protested in front of the Russian Embassy, placing a black wreath outside the building. The demonstration was organized by the Crimean Tatar Organization Platform. Tuncer Kalkan, a chairman of the platform, said Crimean Tatars will never “back off and surrender.” Another activist, Gorkem Akbulut, said Russia “barbarically invaded Crimea, breaking international laws and human rights.”

Also on Feb. 25, Kiev hosted a two-day international forum, “Crimea Under Occupation: Consequences for Ukraine and the World.” Speaking at the conference, Turkey’s ambassador to Ukraine, Yonet Can Tezel, noted, “Turkey will continue to support Crimean Tatars, who are people of Crimea.”

On Feb. 27, Turkish presidential chief adviser Ilnur Cevik said Turkey knows Crimean Tatars are facing pressure and that Turkey is trying to get this message across to Russian authorities. In response, Zaur Smirnov, head of the Committee on Interethnic Affairs and Deported Citizens in Crimea, said there is nothing to worry about. He invited Turkish authorities to the peninsula to witness how Crimean Tatars are treated there. Smirnov also mentioned that, in 2014, Putin signed a decree on the rehabilitation of Crimean Tatars “to restore historical justice and remove the consequences of the illegal deportation [of the groups] and the violations of their rights.”

Despite the recent move toward normalization with Moscow, Ankara does not seem to be rushing to establish contacts with Crimean Tatars living in today’s Russian Crimea. Turkey views them as pro-Russian puppets, and instead supports Crimean Tatars who left the peninsula. Vertyaev told Al-Monitor that Crimean Tatars are “an apple of discord in Russian-Turkish relations, and no one knows how this issue could be used in future.”

Kerim Has, a Turkish expert on Russia and Eurasia, is more positive regarding how Crimean Tatars factor into Russian-Turkish relations. “Turkey could be an important partner for Russia that could help with the development of Crimea,” he told Al-Monitor.

Whether it was a coincidence or an intentional move, the day after Erdogan left Moscow it was announced Turkey had cut ferry services with Crimea two weeks before, halting the delivery of Turkish goods and food to the peninsula without any reported reason. The move caused confusion in Russia but was welcomed in Ukraine. Groysman called Turkey’s decision “a signal of friendship between Ukraine and Turkey.”

During the meeting with Groysman, Yildirim said Crimean Tatars represent a bridge of friendship between Turkey and Ukraine. In Russia, however, Crimean Tatars play a very different role. They are a sort of a volcano that remains calm for a long time, but then again, could erupt at any time. It depends on external circumstances — right now, it is the ever-shifting situation in Syria and Russia’s suggestion of autonomy for Syrian Kurds.