Unless there is a de-escalation of the crisis over Crimea, the Obama administration could expect to deal with a Russian president more willing to challenge US interests in the Middle East. 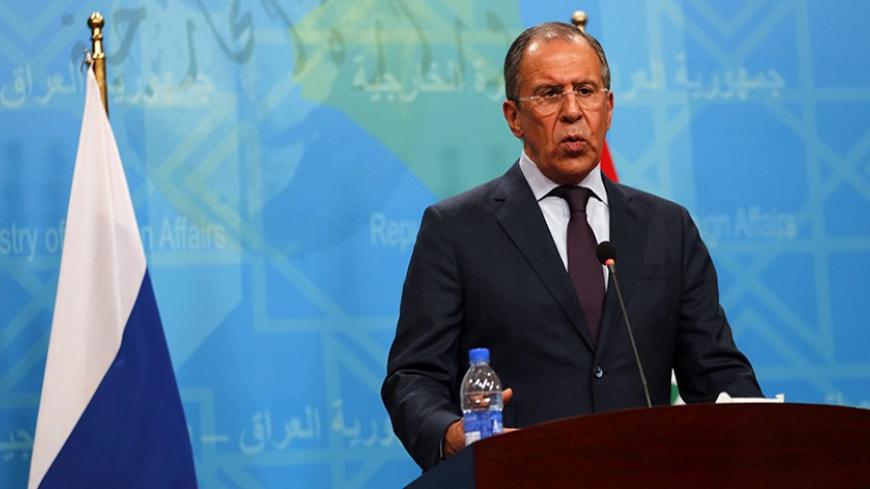 Russia's recognition of the results of the Crimean referendum and the independence of the Republic of Crimea, and the subsequent acceptance of Crimea and the city of Sevastopol as new constituent entities of the Russian Federation, have elicited an extremely negative reaction in the West and led Washington and Brussels to announce sanctions against Moscow.

We can only hope that this tension will not have a negative effect on the extremely important cooperation between Russia and the West on the entire set of urgent problems of Afghanistan and the Middle East region. (It is sufficient to mention the problem of removing chemical weapons from Syria, Iran's nuclear program, resolving the Syrian crisis, the Middle East conflict, the situation in Yemen, etc.) However, there are already signs that this tension in relations between the leading global players is having an impact on their regional policies and on the behavior of the regional powers themselves.

In Moscow, it is not considered a coincidence that it is now, when Russia has decided to bring Crimea and the city of Sevastopol into the Russian Federation, that President Barack Obama has announced the closing of Syria's diplomatic missions in the United States. This is interpreted as a signal that the American administration is pursuing a tougher policy with respect to Damascus, and that Washington is very likely to move away from cooperation with Moscow in resolving the Syrian crisis. Syrian President Bashar al-Assad declared his full support for Moscow's actions in Crimea, clearly attempting to use this to his advantage now, when he hopes to achieve a military victory over the scattered rebel units or, failing that, at least reduce them to an insurrection movement of an "acceptable level" not representing an existential threat to the regime, and trending toward fragmentation and decline.

Analysts in Moscow also think it is no coincidence that now, at a time when relations between Washington and Moscow are increasingly strained, Obama has launched a new attempt, by himself, to get the Palestinian-Israeli negotiation process moving again. Does this mean that Obama has given up for good on this important aspect of partnership with Russia as well? In other words, does it mean that the short-sighted policy of comprehensively isolating Russia will also apply to the Israeli-Palestinian peace process? Or is the US president, foreseeing that the conflicting sides will probably be unable to agree on anything by the end of April, merely trying to save face through this unilateral initiative?

To what extent could the efforts to resolve the Syrian and Middle Eastern crises fall victim to the "new" policy of the West, and primarily of the United States toward Russia, whose leaders have reiterated their willingness to continue working with the West in all areas?

Whatever happens, in the Middle East and on all other matters of world politics, the West will have to deal with a more consolidated and self-confident Russia and a new Russian President Vladimir V. Putin, who is now seen by the vast majority of the public in his country as a triumphant victor. It must be noted that the West's severe pressure and threats toward Moscow over Russia's policy regarding Crimea have led to a rapid increase in patriotic feelings and a sharp rise in Putin's popularity within the country.

Will this new reality affect — and if so, how — the course of events in the Middle East, where Russia nevertheless remains an influential player, and how will it affect Moscow's policy in the Middle East and Russia's cooperation with the West on regional problems? Certainly, whether or not Russia and the United States continue to cooperate on Afghanistan and in the war on international terrorism, at a time when the West is using sanctions to increase pressure on Russia, will have a powerful effect on the entire Middle East region.

Presumably, the extremely sharp criticism of the Kremlin coming from Washington and Brussels has opened the door for Russian officials to speak out more forthrightly about US policy, for example on the issue of counteracting the illegal drug trade, on which Russia has a long history of cooperating with the United States. For instance, Viktor Ivanov, the director of the Federal Drug Control Service, stated decisively on March 5 that the world and Russia are dealing with "drug production on a worldwide scale, fostered by the United States and NATO" in Afghanistan. Today, that country produces twice as many opiates as the entire world produced 10 years ago. He noted that, during the period of "Operation Enduring Freedom," the area planted with opium poppy increased by 26 times.

Now, Russia's relations with Turkey will be particularly important to Moscow. The declaration by the Russian president that Crimea will have three official languages — Russian, Ukrainian and Crimean Tatar — contrasts favorably with Kiev's suicidal policy in the area of culture and language. The efforts to provide housing assistance to Tatar repatriates in Crimea, after years of being forced to live in shacks, will surely win the approval of the influential Crimean Tatar community in Turkey. Given Turkey's geographic position and its interests in the Black Sea basin, attractive proposals could be made for it to participate in economic development projects in Crimea, whose economy has been in free fall over the past two decades. Russia will clearly strive to transform Crimea into an economic success story, and to achieve a serious and demonstrative effect, it will need investors, for whom highly favorable conditions just might be created.

By mercilessly criticizing the extreme Ukrainian nationalists on the rise in Kiev, who preach anti-Semitism and do not hide their kinship with the Banderists, who helped the Nazis kill Jews during World War II, Moscow will actively court public opinion in Israel. People there remember well that a quarter of the six million Jews who fell victim to the Nazi genocide were killed on Ukrainian territory.

It is likely that, in the face of the unprecedentedly harsh criticism of its actions in Crimea, which the vast majority of the Russian public considers legitimate, Russia will be much more sensitive to any actions by the West that are seen here as evidence of double standards, and will criticize them more strongly, while more decisively standing up for its national interests. People are saying here that the United States and its allies have many more troops in Afghanistan than there are Russian military personnel at the Russian base in Sevastopol, a base that is vital to protecting the security interests of the country. People here are recalling the passages in the US president's speech in Cairo in 2009, when he said that the United States does not want to keep troops in Afghanistan, and does not seek military bases there, whereas now America is attempting to maintain nine military bases in that country.

Apparently, one of the ways in which the turbulent events in Crimea are affecting the situation in the world and in the Middle East, is by providing impetus to self-determination movements (not necessarily in the form of full national independence in all cases). It is no coincidence that Scottish, Catalan, Basque and certain other observers were eager to watch the election in Crimea. It is too soon to assess how certain Kurdish activists will react to these events.

The sooner the tension surrounding Ukraine eases, and the global players return to their prior forms of cooperation, the better it will be for the Middle East, which has been torn apart by conflicts and antagonism, and often turned into a platform for competition among outside powers.