Israel has an opportunity to pursue both humanitarian and strategic objectives in Syria, and to support the Arab Peace Initiative. 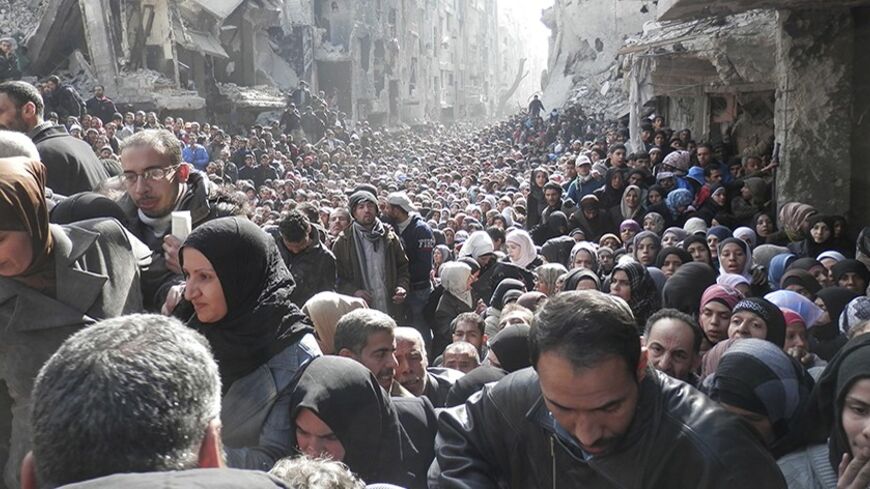 Several hours before taking off from Washington on March 4, en route to Eilat, where he had his photo taken against the backdrop of the Iranian Klos-C weapons vessel, Prime Minister Benjamin Netanyahu shared with participants of the AIPAC conference his impressions from a visit to an Israeli army field hospital in the Golan Heights. Netanyahu spoke with pride about the devoted treatment by Israeli medical teams of nearly 1,000 wounded Syrians who managed to cross the border.

“That border, which runs a hundred yards east of that field hospital, is the dividing line between decency and depravity, between compassion and cruelty,” Netanyahu said. On the other side of this moral divide, Netanyahu went on, hinting at the weapons shipment, is Iran, which prefers sending rockets, terrorists and missiles instead of humanitarian rescue teams.

The story of the humanitarian aid to the wounded Syrians, as well as the story of the Iranian weapons ship, is far more complex in reality than Netanyahu describes. The weapons, which were probably making their way to the Gaza Strip, are an insignificant chapter in the story of Israel’s occupation of the territories. The full story has to include the blockade of the Gaza Strip, the hardships of its 1.6 million residents, who have to make do with no electricity and three hours of water a day, and the unending Israeli-Palestinian conflict. An end to this conflict depends, among other things, on resolving the problem of the 1948 refugees, including half a million who found refuge in Syria — a refuge which has become a death trap for them over the past three years.

The sacred mission of the military doctors, which Netanyahu described in his speech, and the wonderful attitude of the Nahariya hospital staff to the wounded Syrians, as recounted in a feature story by Inna Lazareva, bring out the bright side of Israel’s approach to the Syrian tragedy. But is it enough that Israel provides medical help to several hundred wounded while a crime against humanity is being committed on its doorstep? Can a government, which insists on being defined as a “Jewish government,” look on from the sidelines at the massacre which has cost the lives of more than 130,000 people, most of them civilians, and turned 2 million others into refugees?

Living in the besieged Yarmouk refugee camp on the outskirts of Damascus are about 20,000 people, most of them children, the elderly and the disabled. They are natives of Nazareth and Acre, or descendants of former residents of Lod and Jaffa. Many of the 150,000 refugees from 1948 who lived in the Yarmouk camp until the start of the civil war, and the other 350,000 Palestinians living in Syria, have become refugees for the second time in their lives. Their decrepit homes collapsed and buried their meager belongings.

Facebook features pictures of children with bloated bellies in Yarmouk begging for a piece of bread. Does their being refugees exempt the State of Israel from all responsibility for their fate, as they are doomed to become refugees this second time in a lifetime?

In addition to the refugees of 1948, some half million refugees from the 1967 war — who lost their homes in the Golan Heights — as well as their descendants, also live in Syria. There’s no way of knowing how many of them have been killed in the bloody civil war and how many have lost their roof, once more. Jewish settlements, wineries and tourist attractions have been built on their lands. On the first anniversary of the war in Syria, Alon Liel, who served in the past as director general of the Foreign Ministry, proposed that Israel declare its willingness to take in Syrian citizens on the Golan Heights and provide medical and humanitarian help to any Syrian citizen who asks. “If our outreached hand comes in contact with a cold shoulder on the part of the Syrian population,” Liel wrote, “we have at least demonstrated our good will. And and if, surprisingly, Syrian citizens do agree to come to the Golan to find refuge, perhaps we will be able to change the tenor of our relationship with the Syrian people over the generations.”

Just as in the humanitarian-ethical sphere, so it is in the strategic arena; the decision-makers and most of the Israeli public prefer sitting around doing nothing. But that is the wrong course. In a compilation of articles published by the Mitvim Institute about Israel and the Arab Spring, Eli Podeh and institute director Nimrod Goren point to a series of missed opportunities opened up for Israel by the Arab Spring, in general, and by the crisis in Syria, in particular. Both these events considerably weakened Iran’s influence in the region, which was supported in recent years by Syria and Hezbollah, and received a boost from the change in the standing of the Shiites in Iraq.

Israel might have, and perhaps still could, help engineer a moderate alliance, whose pillars are the Arab Peace Initiative and an end to the Syria conflict. Egypt, Turkey, Saudi Arabia, Jordan and Morocco could represent this alignment, in both their concern about Iran, and, especially with Turkey and Jordan, in containing the spillover of the Syria war. Israel has a common interest with this axis, which is to block the Iranian nuclear threat as well as threats emanating from Hezbollah and global jihad militias in Syria and Lebanon.