From Majdal Shams, the Druze village in the Israeli-annexed Golan, and throughout Israel, people are voicing concerns about the spread of the Syrian conflict and the threat of chemical weapons, reports Inna Lazareva. 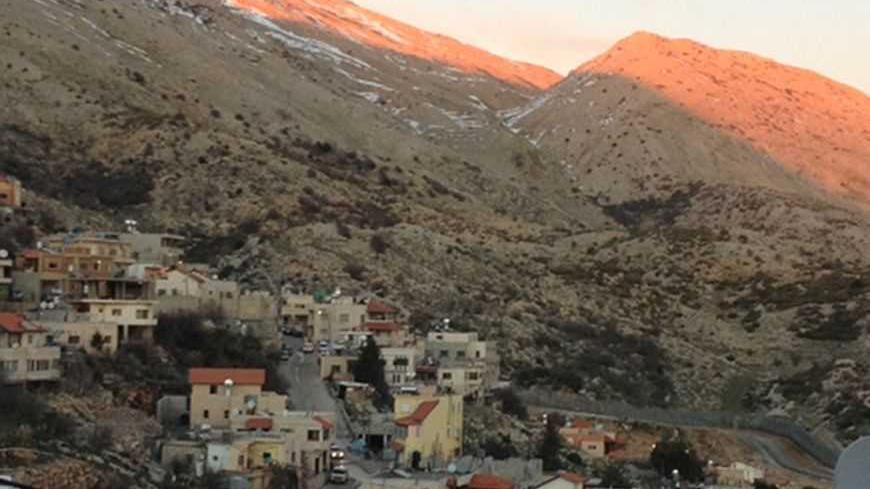 Majdal Shams, largest of the four Druze villages in the northern Golan Heights, nestles in the southern foothills of Mount Hermon. - Inna Lazareva

In the Druze village of Majdal Shams, situated in the Israeli-annexed Golan Heights, a mountain range separates the residents from the raging war across the border in Syria. The locals speak of firing and bombardments that can be not only heard but sometimes seen. “I have family in Syria,” says Hassan, a local council worker. “I am very worried about them.”

Many Majdal Shams residents are in a similar position: They have relatives in Syria, separated after Israel captured the Golan plateau during the 1967 war. All they can do is watch the war on TV, and hear the muffled tones of friends and family on the telephone. Their frustration is shared in part by some of the Jewish residents of the Golan Heights. “I really dislike the situation that we as neighbours can’t help,” says Edit Kimchi, 50, a resident of the town of Katzrin. “Because we can’t. Whatever we do is bad, so we’d better not help,” she says. “But they are in a holocaust! They are where we were just 70 years ago!”

“There are frequent demonstrations here, both for and anti-Assad,” says Salman Fakherldeen, a human-rights advocate at Al-Marsad, the Arab Center for Human Rights in the Golan. Sitting in his living room and offering sweet cake and coffee, he shakes his head. “There is a peasantry culture that persists here, of the older, uneducated generation, who support Assad. They have no problem that he is killing people every day. But the intelligent, younger graduates are against him.” Speaking of the killings that go on across the border, Fakherldeen says that not the whole story is being told. “I think there are hundreds and hundreds of deaths that are still hidden.” Several days after we speak, more than 80 bodies of men, women and children shot at point-blank range were found in a river in Aleppo.

But many analysts have been speaking for several months of the threat to Israeli residents from the consequences of the Syrian conflict. Many are worried of a possible spillover, particularly concerning the country’s chemical weapons of mass destruction (WMDs) which could end up in the wrong hands.

The recent reported strike on the Syrian border with Lebanon, attributed to but unconfirmed by Israel, has provoked much attention and threats of retaliation from Syria, Hezbollah and Iran. Western officials, speaking on condition of anonymity, told reporters outside Israel on Wednesday that the strike hit a convoy of SA-17 anti-aircraft batteries heading toward Lebanon from Syria. The Syrians instead claim that Israeli warplanes hit a military research facility in Jamraya, near Damascus, resulting in the death of two people, with five injured. A former head of the Mossad’s Intelligence division, Amnon Sofrin, speaking on Wednesday morning as news of the attack broke out, said that “technically we have the capability to face the missiles coming out from Syria and Iran,” some of which end up in the hands of Hezbollah, considered by many to be much stronger than the Lebanese army. “But when we speak about missiles with chemical warheads, I don’t know the implications.”

Syrian chemical weapons consist of two types of gas. Sarin, a volatile nerve gas, is estimated to be 500 times more toxic than cyanide. It was used by Saddam Hussein in 1988 in Halabja, killing 5,000 Kurds, and later in 1995 by the Japanese cult Aum Shinrikyo in the Tokyo metro. The second kind of gas is VX, even more toxic. It also has a durable presence, lasting hours and days, earning it the reputation as one of the most dangerous chemicals ever developed. The transfer of these weapons and warheads to Hezbollah in Syria is one of the nightmare scenarios for Israel and other neighbours in the region. Tellingly, in December 2012, Prime Minister Benjamin Netanyahu interrupted his re-election campaign to pay a visit to King Abdullah of Jordan to discuss such a possibility.

According to Sofrin, “Since 2006, the Syrians and Iranians are again building up arms for Hezbollah. It now has 50,000-60,000 warheads, and has the capability to launch missiles from any point in Lebanon to hit targets in central Israel without any problem. ... They also possess the missile launchers ... and they can mount the chemical warhead onto missiles, something the Salafists in Syria don’t have the ability to do so far.” In July 2012, Israel’s then foreign minister Avigdor Liberman stated that “any attempt to transfer chemical weapons from Syria to Hezbollah will be considered crossing a red line and Israel will not hold back and will respond decisively.”

Israel indeed has a proven short fuse when it comes to tolerating WMD development by some of its neighbors. In 1981, Prime Minister Menachem Begin launched a strike on a fledgling nuclear reactor in Iraq. Saddam never recovered his military nuclear capability. In 2007, Israel also attacked a Syrian facility, similarly putting an end to Assad’s nuclear ambitions.

Yet while both Iraq and Syria’s nuclear programs were in their early stages, Assad’s chemical weapons are fully developed. Therefore, destroying them poses risks of an entirely different kind.

“The risk of operating air strikes is that there may be environmental damage," explains Sofrin. “I’m not sure this is the right thing to do.” Yet he outlines another possibility, choosing his words carefully: “If you know, theoretically speaking, of a convoy leading from Syria to Lebanon, you can send a unit to the proper place and try to halt it, to try and get control over the weapons systems. That’s one possibility — it’s complicated, risky — we are speaking of troops on the ground.”

Such an operation on "enemy soil" in Syria would prove extremely difficult for obvious reasons. The remaining option is an unsettling last minute scenario of intercepting an air-borne missile loaded with chemical weapons. “It depends on what height we hit it," explains Sofrin. “Is it high enough that nothing will come out to the ground and risk someone else, or is it too low, that the chemical weapons will drop out, hit the ground and cause an environmental damage? We will always aim to hit as high as we can in order to neutralize the danger and the risk — but it’s not guaranteed."

Since the summer, gas mask distribution centres around Israel have experienced a surge in demand as the situation in Syria deteriorated. While some Israelis are concerned, Edit Kimchi says she is not worried. “We have the protection since Saddam Hussein,” she says referring to the 1991 Gulf War when the Iraqi dictator launched scud missiles into Israel, rumoured, falsely, to be carrying chemical and biological warheads. “And we’ve had the training and the equipment, so people know what to do. In the context of all our problems, this is a lesser one, it’s not a priority.”

Instead, for Kimchi the main concerns are “the education, economy, housing. And I would say even the sense that we are going somewhere. We, as a country, need to come to a place where we need to see the way ahead.”

Inna Lazareva is a British journalist and political analyst on the Middle East, based in Tel Aviv. You can read more of her writing onwww.innalazareva.com