Iran nuclear talks could benefit from shift in Israel

Would Israel consider a nuclear deal with Iran similar to the 1974 and 1975 Egypt-Israel disengagement agreements? 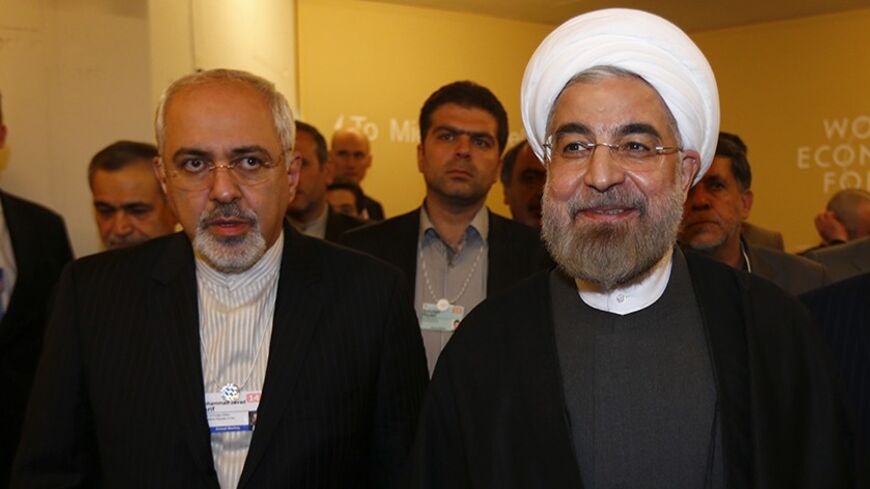 While the focus of US attention is on how to craft an agreement defining Iran’s nuclear program, the broader issue of Iran’s hostility toward Israel has long been at the center of the US-Iran divide.

No real reconciliation between the United States and Iran is likely while Iran is seen as an implacable foe of the most important American ally in the Middle East — a country derided in Iran since the 1979 Islamic Revolution as the “lesser Satan” to America’s “Great Satan.”

Since the election of President Hassan Rouhani last summer, however, Rouhani and his foreign minister, Mohammad Javad Zarif, have changed the Islamic Republic’s discourse in a way that is making members of Israel’s military and intelligence establishment take notice, if not yet acknowledged publicly by Israeli Prime Minister Benjamin Netanyahu and his supporters in the US Congress.

The shifting rhetoric may reflect Iranian understanding of a need to soften congressional antagonism toward Tehran, as well as important changes in the Middle Eastern landscape that are increasing the potential threat to Israel from al-Qaeda-linked Sunni Muslim terrorists who are mutual enemies of Israel, Western countries and Iran. Such groups are now gaining strength all around Israel, in particular in Syria, Lebanon and Egypt’s Sinai desert, and pose a threat to European and US interests.

In response to a question from Al-Monitor, Stephen Hadley, national security adviser to former President George W. Bush, told an audience on Feb. 4 at the Washington Institute for Near East Policy that the dominant theme at an Israeli security conference he attended last week was still about the threat to Israel of Iran’s nuclear program and its support for anti-Israel militant groups such as Hezbollah. However, Hadley said he detected a shift on Israeli attitudes toward a possible emerging nuclear compromise.

“My own hunch is that [the Israelis] would accept limited [uranium] enrichment” under a comprehensive deal being negotiated with Iran by the five permanent members of the UN Security Council plus Germany, he said.

Dennis Ross, a former top Middle East envoy and policymaker in several US administrations, added that “Iran is still a preoccupation” for Israel’s political leaders but that “the emerging threat of al-Qaeda” is increasingly being discussed in Israeli military circles.

The Iranian government — as well as the Syrian regime of President Bashar al-Assad supported by Iran — have tried to recast the civil war in Syria as a fight against terrorism. At the same time, Rouhani and Zarif have been softening the edges of Iran’s official hostility toward Israel and Jews.

They began with social media, tweeting congratulations to Jews on the Jewish new year last September and in Zarif’s case, disavowing former President Mahmoud Ahmadinejad’s Holocaust denial in a back and forth with House Minority Leader Nancy Pelosi’s daughter on Facebook.

More recently, Rouhani said during an appearance at the World Economic Forum in Davos, Switzerland, in January that Iran seeks good relations with “all countries that the Islamic Republic has officially recognized.” Prodded by forum chair Klaus Schwab as to whether Rouhani meant all countries including those Iran “may officially recognize” in the future, the Iranian president chuckled.

Zarif appeared to be more explicit on Feb. 2 when he told a German television interviewer that “If the Palestinians are happy with the solution [an Israel-Palestinian peace deal] then nobody outside Palestine could prevent that from taking place.” The comment was misquoted by some Western media as Zarif saying that Iran might recognize Israel if a peace deal with the Palestinians was reached.

Zarif’s formulation was similar to the policy espoused by Mohammad Khatami, Iran’s president from 1997 until 2005. Khatami used to say that Iran would not stand in the way of any agreement reached between Israel and the Palestinians. A proverb often quoted in Iran at the time was, “The bowl cannot be hotter than the soup.”

There has been no sign that Iran is diminishing its support for anti-Israel militants and it is easy to dismiss Rouhani and Zarif’s comments as mere public relations. However, while Iran values its ties to groups such as Hezbollah and Hamas, Hezbollah is focused on surviving the Syria crisis, Hamas has been weakened by last summer’s Egypt coup and Rouhani’s main preoccupation is reinvigorating Iran’s economy through sanctions relief — which will ultimately require action by the profoundly pro-Israel US Congress.

Meanwhile, Israel is adjusting to the possibility that the interim nuclear agreement reached with Iran last year represents a fundamental change in Iran’s defense and security posture, said Shai Feldman, director of the Crown Center for Middle East Studies at Brandeis University. Feldman told Al-Monitor on Feb. 5 that there is “a body in the Israeli professional level that is open to the possibility that the interim agreement with Iran is the equivalent of the disengagement agreements [between Israel] and Egypt” after the 1973 Middle East war. The nuclear deal, Feldman said, may be “the first step toward a fundamental change and may lead to a reassessment by Iran of its overall regional posture. While the evidence is still thin, openness to the possibility exists” in Israel.

At a time when Iran has broken taboos about high-level US-Iran contacts — as evidenced by the almost routine nature of Secretary of State John Kerry’s meetings and phone calls with Zarif — it is not too great a stretch to imagine changes in Iran’s dealings with Israel.

Meanwhile, the Syria crisis is evolving in ways that suggest that Iran may one day be providing targeting information to US drone pilots against al-Qaeda operatives in Syria, much as the Iranians once supplied such intelligence indirectly to the US military and CIA during the war against the Taliban in Afghanistan in 2001.

As Assistant Secretary of State Anne Patterson told Al-Monitor recently, a breakthrough with Iran or on the Israel-Palestinian front “will change the chessboard” in the Middle East. Some of the best chess players in the world come from Israel and Iran, where Iranians claim the game was invented 1,500 years ago.