The beginnings of an Israel-Iran reset?

Israel may be reassessing the Iranian threat, as Iran shows its reach in Palestinian politics. 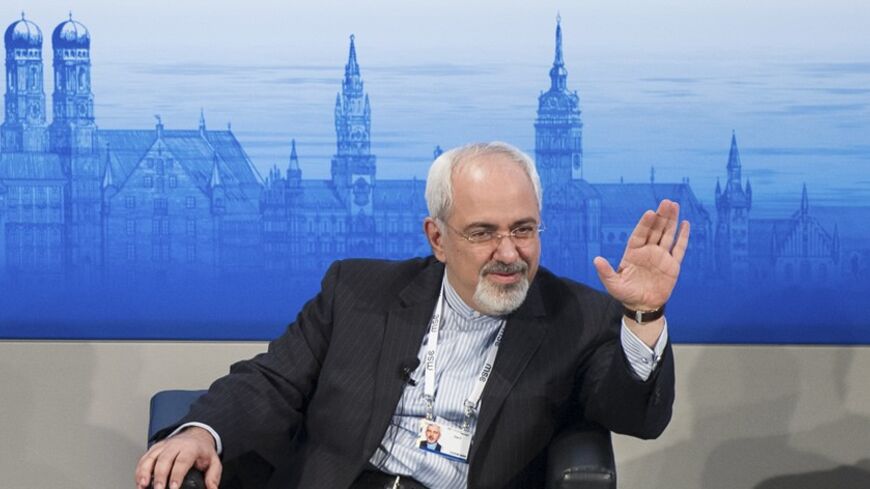 Ben Caspit reported from Jerusalem this week that despite the hard-line approach taken by Israeli Prime Minister Benjamin Netanyahu on Iran, senior officials in Israel’s security agencies are assessing that changes in Iran could merit a re-evaluation of Iranian intentions.

“No one in the Israel Defense Forces, the military’s Intelligence Directorate, the Mossad or the Ministry of Defense plans to go dancing in the streets just yet,” Caspit writes. “However, the sounds and images coming out of Tehran are inspiring great hope among defense officials. Something real is going on there, they say, adding that this is no act.”

Caspit’s scoop on Israel’s reassessment of Iran comes amid a few high-profile international gestures, as Meir Javedanfar writes this week. Israel Defense Minister Moshe Ya’alon sat in the front row during a panel discussion involving Iranian Foreign Minister Mohammad Javad Zarif at the Munich Security Conference on Feb. 2. Javedanfar adds that Hamid Chitchiyan, Iran's minister of energy and a member of President Hassan Rouhani's cabinet, stayed at the table during a presentation by Israeli Water and Energy Minister Silvan Shalom at a conference on renewable energy in Abu Dhabi on Jan. 18-19.

“What we are witnessing could just be a temporary tactical move by the Iranian government and the regime until Iran’s problems in Syria are resolved,” Javedanfar writes, observing a possible convergence of interests over the rise of al-Qaeda-inspired and linked terrorists in Syria. “Or it may be that we are about to see a new strategy, whereby to maintain domestic support among conservatives [Supreme Leader Ayatollah Ali] Khamenei continues with his attacks against Israel and his denial of the Holocaust. But the government, to improve Iran’s standing abroad, tries to subtly send messages of goodwill while recognizing the Holocaust,” as Zarif has now done on several occasions, as reported last year by Ali Hashem and Laura Rozen.

Barbara Slavin reports this week that an Israeli reassessment of the Iranian threat could benefit the nuclear talks between Iran and the P5+1 countries, which begin on Feb. 18 in Vienna.

Former US National Security Adviser Stephen Hadley told Slavin, “My own hunch is that [the Israelis] would accept limited [uranium] enrichment.” Slavin further writes, “Dennis Ross, a former top Middle East envoy and policymaker in several US administrations, added that 'Iran is still a preoccupation' for Israel’s political leaders but that 'the emerging threat of al-Qaeda' is increasingly being discussed in Israeli military circles."

Zarif created a stir on Feb. 2 when, in response to ZDF’s Elmar Theveßen on Germany’s Phoenix Television whether Iran would be willing to recognize Israel if Israel and the Palestinians reached an agreement, he replied, “That is a sovereign decision that Iran will make. But it will have no consequences on the situation on the ground in the Middle East. If the Palestinians are happy with the solution, then nobody, nobody outside Palestine, could prevent that from taking place,” as Laura Rozen reported for Al-Monitor.

While Zarif here was not implying that Iran would recognize Israel — as was initially and erroneously reported — he introduced a distance into the calculus, meaning that Iran, in assessing the situation, could not be "more Palestinian than the Palestinians," in other words.

As Zarif made these comments, Iran was also displaying its own substantial reach and influence with Palestinian groups, which could have implications for the US-brokered peace process.

While it may not be news for a delegation of the Palestinian Islamic Jihad to show up in Iran, as was recently the case, it is newsworthy that Fatah Central Committee Deputy Secretary Jibril Rajoub made a highly publicized visit to Iran.

In an exclusive interview with Ali Hashem in Tehran, Rajoub said, “We came to tell them that it’s time to start a new chapter with Palestine — all Palestine — and mainly with the Palestine Liberation Organization (PLO)."

While both Iranian President Hassan Rouhani and Palestinian President Mahmoud Abbas may not be in a rush to restore broken ties, Daoud Kuttab writes that a warming of ties would be in the interests of both:

“Both Ramallah and Tehran could gain from a warming up of relations. Palestinians trying to improve their negotiating position would be able to count on a strong regional power to bolster their strategic standing. The PLO could also use Iran’s influence to resolve the ongoing dispute with Hamas, which has lost most of its foreign sponsors. On the other hand, Iran, which is trying to improve its relationship with the West and overcome Wesern officials' worries regarding its nuclear program, might see another opportunity to further demonstrate its moderation by improving ties with Abbas.”

Rajoub’s visit provoked a defensive response from Hamas, which has seen its ties sour with Iran over the war in Syria. A senior Hamas official told Adnan Abu Amer, “Hamas has no reason to panic. The road to a true rapprochement between Ramallah and Tehran is still long. The PA will face difficulties in pursuing a policy that differs from the Arab consensus — led by Saudi Arabia and Egypt — and that does not support strengthening ties with Tehran. Therefore, symbolic visits and diplomatic statements for purposes of flattery do not raise the fears of Hamas.”

Rajoub added that his conversations in Tehran included Syria, which had been a source of tension in Iran-PLO relations.

“We spoke about the issue, but it’s important to state that our links with the Syrian regime are open,” Rajoub told Hashem. “It’s important to say that we are against the destruction of Syria, what’s going on in Syria, and the region is [facing] a new Sykes-Picot Agreement that aims to destroy the political and economic strengths of the region for the sake of the occupation and Israeli aggression.”

The ability of Iran to play an influential and assertive role in Palestinian politics is a trend that is familiar to readers of the unmatched reporting, access and analysis in Al-Monitor’s Iran and Palestine Pulses, and to readers of this column, which has drawn attention to this trend for well over a year, since we wrote, “Iran revealed that it has the wherewithal to shift the equation” along the Israeli-Palestinian fault line because of its increasingly varied and complex ties to Palestinian groups, Hezbollah and Syria.