The AKP-Gulen power struggle has raised new questions about the killings in Paris in January 2013 of three Kurdish activists. 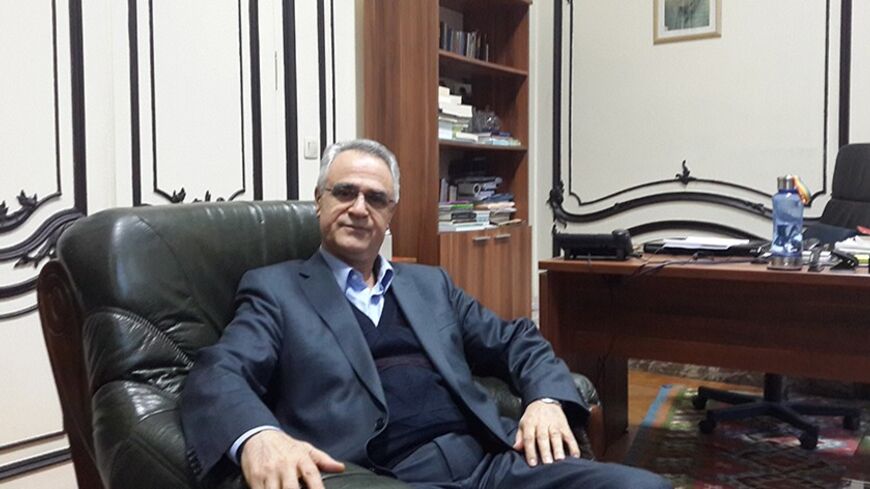 BRUSSELS — The escalation of the power struggle between Turkish Prime Minister Recep Tayyip Erdogan and the Islamic movement of the US-based preacher Fethullah Gulen has brought out new revelations supporting suspicions of the Kurdish movement against the government. New leaks have increased suspicions that the Turkish state was involved in the killing of three Kurdish activists in Paris on Jan. 9, 2013.

Al-Monitor spoke in Brussels with Remzi Kartal, president of the Kurdistan People’s Congress (KONGRA-GEL), whose name was mentioned as the fourth assassination target in the newly leaked sound recording of the main suspect, Omer Guney, who allegedly assassinated the three Kurdish activists last year.

“It shows the way the Kurdish movement analyzes the government is very correct,” Kartal said in an exclusive statement to Al-Monitor.

In mid-January, Kartal claimed special teams were sent to Europe in 2011 to kill him, and the recent leaks seem to confirm there were plans by the Turkish National Intelligence Organization (MIT) to assassinate him and other high-ranking members of the Kurdistan Workers Party (PKK), despite talks between the government and the PKK to solve the Kurdish issue in Turkey.

In May 2013, Murat Karayilan, the executive leader of the PKK, blamed the Islamic Gulen movement for the Paris killings and the Uludere incident on Dec. 28, 2011, in which 34 Kurdish smugglers were killed by the Turkish military close to the Iraqi border.

The PKK interpreted a video message of Gulen from October 2011 as a call to destroy the PKK leadership, and therefore linked this to the events in Paris and Uludere. Moreover, media sources linked to the Gulen movement justified the Paris killings and compared it to the killing of al-Qaeda leader Osama bin Laden.

Gultekin Avci, writing for the pro-Gulenist Bugun newspaper in January 2013, said, “The TSK [Turkish army] and the police's duty is to detain and eliminate KCK [PKK] units anywhere in the world, if need to be."

The Gulen movement saw the PKK accusations of being involved in the Paris killings as "black propaganda," and writers close to the movement claimed that the PKK and Iran wanted to undermine the relations between the movement and the government.

But now there is open warfare between the Gulen movement and Erdogan’s Justice and Development Party (AKP) in Turkey following corruption investigations against the AKP’s officials launched by Gulen’s circles within the police and judiciary. Some say that the PKK is increasingly siding with the AKP against the Gulen movement.

Now the AKP, just like the PKK, claims that the Gulen movement infiltrated the police and judiciary, while anti-al-Qaeda operations were launched by the Gulen-backed prosecutors following the rift.

The Kurdish movement in Turkey has accused the government of supporting al-Qaeda groups against the Kurds in Syria, although the government denies this.

“When he [Erdogan] talks about the peace process, at  the same time he is helping gangs in Syria who are attacking the Kurds,” said Kartal.

Moreover, some within the Kurdish movement suspect the leaks related to the Paris killings are originating from the Gulen movement to increase rifts between the PKK and the AKP government by exposing MIT’s role in the killings instead of the Gulen movement.

After the leaks, the PKK said in a statement: “These murders could not have taken place without support of the intelligence services.”

It is possible the Gulen movement hoped the revelations would end the PKK cease-fire and derail the deadlocked peace process between the PKK and the government.

The Gulen movement was accused by the PKK in 2011 of leaking the Oslo negotiations between the state and MIT to derail the talks and target MIT Chief Hakan Fidan, but the cease-fire continued.

The Gulen movement is allegedly using the police’s intelligence wing for wiretaps and leaks to newspapers targeting domestic opponents such as the Turkish army, the opposition, the PKK and now also the AKP.

Derwich Ferho, head of the Kurdish Institute in Belgium, told Al-Monitor there is a big chance the Gulen movement was involved in the leaks related to the Paris killings. “But if the person who leaked the tape is pro-Gulen, what was he doing with people who are anti-Gulen?”

Kartal told Al-Monitor that the AKP government must show it is not involved. “When this person is directly working for MIT and the AKP has direct links to MIT, if they don’t bring the truth from this investigation, it means their silence shows their approval of the killing.”

In fact, Kartal said that when the Kurdish activists were killed in January 2013, there was still good cooperation between the Gulen movement and the AKP, so for the Kurdish movement there is no difference between them.

“In that period, they were not in a power struggle with each other, in fact they were cooperating with one another.”

The PKK’s statement said “the Gulenists’ intention [was] to put pressure on the AKP. Whatever their intention, it was very important that the role of the MIT in the assassinations has been revealed.”

Kartal said this new openness as a result of the internal disputes in Turkey could be good for the Kurds.

“The split between the AKP-Gulen movement can be a positive thing. Now the AKP has everybody against them, including the CHP [Republican People's Party, the main opposition party in Turkey]. They don’t have anyone on their side. This means that the AKP needs to make a solution to gain trust, also before the European Union.”

Contrary to the expectations of the Gulen movement, the PKK used the revelations to pressure the government and called for genuine steps to solve the Kurdish issue.

For the PKK, there is no alternative to the AKP government. A source within the pro-Kurdish Peace and Democracy Party (BDP) told Al-Monitor that the Turkish opposition now supported by Gulen is even more opposed to the peace process than the AKP, which prefers to uphold the PKK cease-fire.

In fact, the Turkish media interpreted the recent statements of senior PKK member Cemil Bayik and imprisoned PKK leader Abdullah Ocalan as a sign of an offer of support for the AKP. Bayik suggested there was an American-supported Gulen plot against the Erdogan-led government.

Like the PKK, the pro-AKP media has blamed foreign powers (the United States and Israel) for targeting the covert trade between Iran and Turkey through corruption investigations. Following the crisis, Erdogan visited Iran on Jan. 29, which raised worries in the United States.

Nevertheless, Kartal still said the AKP response toward the crisis is not responsible. “Erdogan has an authoritarian and dominating image and in this last instance, his statements on corruption [investigations targeting the government] are not trustworthy.”

Kartal now says the Kurdish movement wants steps from the AKP and Erdogan to “be concrete and clear that he [Erdogan] wants to solve this [Kurdish] problem.”

Reportedly, Ocalan has instructed the PKK not to violate the de facto cease-fire with the government before March 30.

The Kurdish movement hopes the AKP government will take more concrete steps after the March elections and shed light on the Paris killings, but this may depend on how many votes it gets after this crisis.