The current political crisis in Turkey could slow negotiations with the Kurdistan Workers Party. 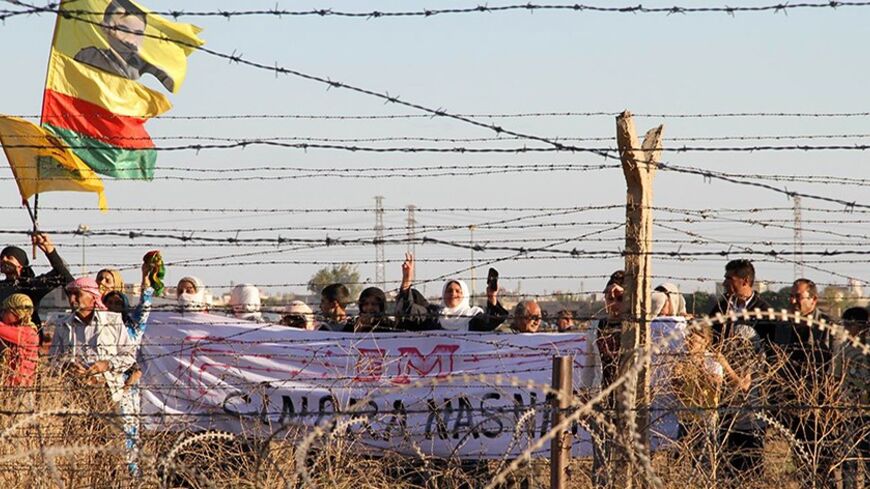 WASHINGTON — The power struggle between Turkey’s Justice and Development Party (AKP) and Islamic scholar Fethullah Gülen’s movement has shaken the political landscape in Turkey and could result in major changes for the Kurdish minority in Turkey.

PKK’s rebel leaders blame the Gulen movement for the KCK case that led to the imprisonment of hundreds of Kurds, targeting Fidan and leaks of the talks. Recently, five pro-Kurdish lawmakers were sworn in after they were released from prison.

The Gulen movement fears the peace process would strengthen the PKK in Turkey’s Kurdish southeast. Therefore, they argue for the so-called Sri Lankan  model: destroying the PKK while carrying out democratic reforms to ease Kurdish demands.

Erdogan’s AKP, on the other hand, prefers talks and small concessions to fighting the PKK militarily. In March 2013, the PKK decided to withdraw.

In an October 2011 speech, Gulen called for the destruction of the PKK and for the government to allow Kurds to be educated in their mother tongue. “Destroy their unity, burn their houses and exterminate them,” Gulen said during his speech to his followers.

The PKK sees the Gulen movement as a bigger threat to its support base than the AKP since the movement has a school in nearly every Kurdish town and city in Turkey, as well as several schools in Iraqi Kurdistan. The movement tries to attract poor Kurds by providing them with education. The PKK sees this as an attempt to assimilate Kurds and promote a version of Turkish Islam.

“In fact, the PKK has suffered at some point from Gulen's influence in Turkey and still sees its growing religious appeal as a looming threat that could force it to lose ground to the movement in the Kurdish southeast,” said Roman Zagros, editor of Insight Kurdistan.

But now, both the AKP and the PKK see these prep schools and Gulen’s influence in the police and judiciary as a threat to their power.

In November, AKP announced they were preparing a bill to close down the schools. In response, the Gulen movement targeted Erdogan’s allies through a corruption probe.

Now, Gulen applied the exact same wording he used to invoke God’s punishment on the PKK to those who purged police officials for being involved in corruption investigations against the AKP.

Although the PKK and the AKP now share similar interests to weaken the Gulen movement, Istanbul-based analyst Gareth Jenkins said he doubted Erdogan would change his policy toward the Kurds. “It is now getting very close to the local elections, and he will be reluctant to lose the support of the Turkish nationalists amongst the AKP's supporters. [Erdogan] appears convinced that he has already made enough concessions to hold onto the Kurds who voted for the AKP at the last election,” he told Al-Monitor.

Kani Xulam, director of the American Kurdish Information Network, said, “The leaders of the Peace and Democracy Party (BDP) and the PKK are hoping for the AKP to prevail in its fight with Hizmet [Gulen movement]. That is not because they 'like' Erdogan per se, it is more because they believe it is better to deal with the devil you know than the devil you don't.”

“As to the plight of Kurds, when Shiites and Sunnis are at each others' throats in Baghdad, they allow the Kurds in Hawler [capital of the Kurdistan Region of Iraq] to invest in their future. The same can be said of AKP and the followers of Gulen. We can only be the beneficiaries of their complicated relationship,” said Xulam.

The pro-Kurdish BDP party co-chair Selahattin Demirtas called on the Turkish prime minister to put on trial those who were behind the murder of civilian Kurds in Gever and Uludere on trial and called on an end to special courts jailing Kurdish civilians. If not fulfilled, the Kurdish movement wouldn’t mind the demise of the AKP.

“If you do this we will believe you are against the parallel state. Close the special courts, and we will support you. You put children in jail for throwing stones at armored cars. Now there is a clash of interests between you and the Gulen movement, you claim there is a state within a state. The Kurds know this better that anyone, and we will struggle against this.”

Aliza Marcus, an expert on Turkey’s Kurds, said the clash might benefit the BDP in the March 2014 local elections: “It might give them a visual boost in the local elections since the Gulen Kurds would most likely boycott the elections.” But she pointed out that the PKK doesn’t see many differences between Gulen and the AKP.

The PKK blames both the Gulen movement and AKP for the deaths of 34 Kurdish civilians by Turkish warplanes in December 2011 Uludere incident. “It was a feat achieved by their collaboration. It followed the Gulen’s famous curses,” he said, referring to Gulen’s anti-PKK speech of October 2011, which is now used against the AKP.

Zagros Hiwa said the Gulen movement prefers a military solution, while the Turkish prime minister knows this is outdated. "Therefore, [Erdogan] favors rather different methods to extend this annihilation over a period of time, and resort to other tactics as deception, delay and distraction."

Moreover, the PKK complains that despite purges and replacement of police chiefs, not much has changed in the Kurdish southeast. “Their repression system … has been left intact,” Hiwa said. “Although the recent conflict gives many advantages to the democratic and peaceful struggle of the Kurds, the Kurds are not so naive to prefer one oppressor to the other. Erdogan tries to win the support of the Kurds in this conflict, but the historical memory of the Kurdish people tells them to depend on their own resources to gain their rights.”

Therefore, Turkey-based expert Jenkins believes that although Kurdish nationalists secretly enjoy the conflict between AKP and Gulen, their frustration over the slow pace of the peace process might lead the PKK to resume the armed struggle in 2014.