Hamas is saying that the Palestinian Authority's decision to abolish religion from national ID cards is a prelude to accommodating Jewish settlers in a future Palestinian state. 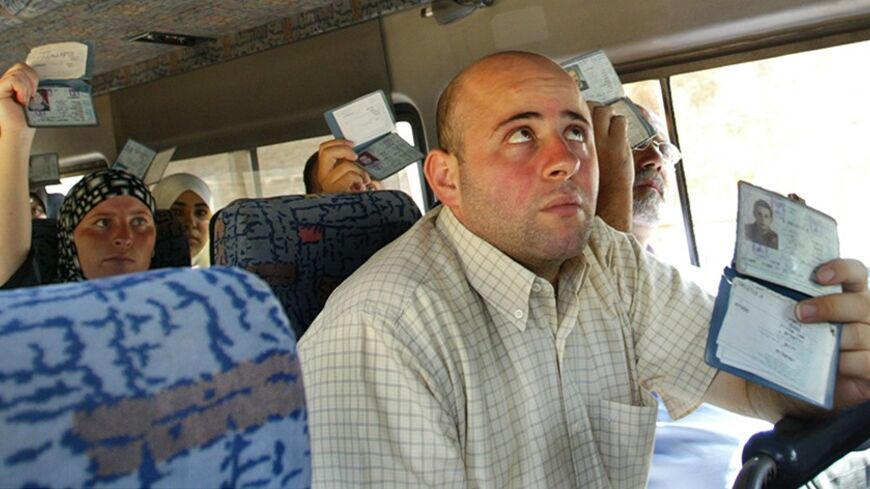 On Feb. 2, and without any warning, the Palestinian Authority (PA) decided to stop including religious affiliation on national ID cards, so that there will no longer be any differentiation between Muslims and Christians on the IDs.

Hassan Alawi, the undersecretary of the PA Ministry of Interior, stressed that the decision, which he described as “extraordinary,” came upon the instruction of the Palestinian President Mahmoud Abbas. According to Alawi, since religion is mentioned on a citizen’s birth certificate — as per the Basic Law, which provides for non-discrimination between Palestinians on the basis of sex, race or religion — there is no need to repeat it on the ID.

The Shams Human Rights and Democracy Media Center welcomed the decision, as it is in line with the Basic Law and the citizenship requirements. It also seeks to shield Palestinian society from problems and protect social segments from Israeli policies, which try to foment discord between Palestinians. The center considered that any mention of religion on the ID was seen as discriminatory between Palestinians.

For his part, Issam Younes, director of the Al Mezan Center for Human Rights in Gaza, said this decision was a “unique” positive step, yet it was not preceded by other necessary resolutions, which were demanded by political and social activists to achieve equality between Palestinians. Thus, the decision appeared to be an “oddity,” as no one has demanded it. It is a mere decision by the president alone, regardless of its important significant. The decision has not been debated by different social forces, so as to reflect a public will supporting it.

Meanwhile, journalist Burhan Dweikat considered the decision to be the result of purely economic reasons, because thousands of Palestinians would be forced to change their ID cards, generating government revenue. He said that it would have been better to remove Hebrew words from the Palestinian IDs.

While preparing this report, Al-Monitor learned of various positions from Hamas members objecting to the decision. Meanwhile, the PA remained almost completely silent, since it only issued the statement made by the Interior Ministry mentioned above.

Hamas spokesman Ihab al-Ghussein told Al-Monitor that the decision was illegal, because it was not the prerogative of Abbas. He was not entitled to take such a decision, which should have been made by the Palestinian Legislative Council.

Meanwhile, Mohammed al-Ghoul, former justice minister in the Hamas government, has gone as far as to describe the decision as “a crime against the Palestinian people.”

Samira al-Halaiq, a member of the Legislative Council for Hamas in the West Bank, denounced the decision, given the special relations between religious communities in Palestine. She said the decision raised suspicions, calling upon legislative and legal parties to take a stance against it. She also denounced the position of the parties that condoned or supported the decision.

However, a news website close to Hamas cited a variety of reasons for the movement’s rejection of the decision, describing it as “shameful” and made within a fake national framework, because abolishing religion was the demand of secularists and leftists. According to the site, the latter are demanding the abolition of anything related to religion in Palestinian life, including religious affiliation being listed on the ID. The site also warned that the decision would allow a Muslim woman to marry a Christian man, paving the way for civil marriage.

In a detailed report, the website said that the decision came as a step towards secularization, aiming at excluding religion from the lives of Palestinians. Those who do not tolerate the word of Islam in matters of formality, will not tolerate them in essential issues, which is a prelude to the fight against Islamization.

What is interesting is that those in Hamas who objected to the abolition of religion consider the decision to be a prelude to the implementation of US Secretary of State John Kerry’s plan in the Palestinian-Israeli negotiations. This plan aims at keeping the settlers in the future Palestinian state, without any distinction between Jews, Muslims and Christians through IDs, Ghussein told Al-Monitor.

Hosni al-Boraini, a member of the Legislative Council for Hamas in the West Bank, said that the decision was a prelude to accommodating settlers in the anticipated Palestinian state, allowing them to participate in elections, and the Jews would become components of the Palestinian people.

For his part, Taher al-Nono, the media adviser to the head of the Hamas government, considered the decision to be an obvious preliminary step to implement Kerry’s plan, aimed at including Israeli settlers as holders of dual nationality. Thus, the decision ought to be rejected, because it served the interest of Israel alone.

Al-Monitor spoke to a senior official in the PA to determine the link between the timing of the issuance of the decision and the progress in the negotiations with Israel. The official, who spoke on condition of anonymity, said, “There is no connection between the two. This spontaneous coincidence between the two events is not an indication of the PA’s position to accept settlers in the Palestinian state.”

Regarding the mechanism for implementing the decision, Alawi said that abolishing religion on the ID has been at the center of negotiations with Israel since 1995. Israel has objected to abolishing religion on Palestinian IDs because it controls their official records, IDs and passports and the PA does not have the right to make amendments to this effect without the prior approval of Israel, according to the Oslo Accords.

The official, who spoke on condition of anonymity, added that the decision was illegal and would end up like all the other unconstitutional decisions issued by the PA since the split between Gaza and the West Bank in 2007. The decision will not find its way to being implemented, as he said, because Gaza will not be the bridge to carry out political schemes undermining the Palestinian cause.