Egypt looks to remove religion from ID cards — but is it too little, too late?

A proposed bill to remove religious status from national ID cards is welcomed by activists, but they say much more needs to be done to counter the discrimination and unprecedented levels of persecution suffered by Egypt's religious minorities. 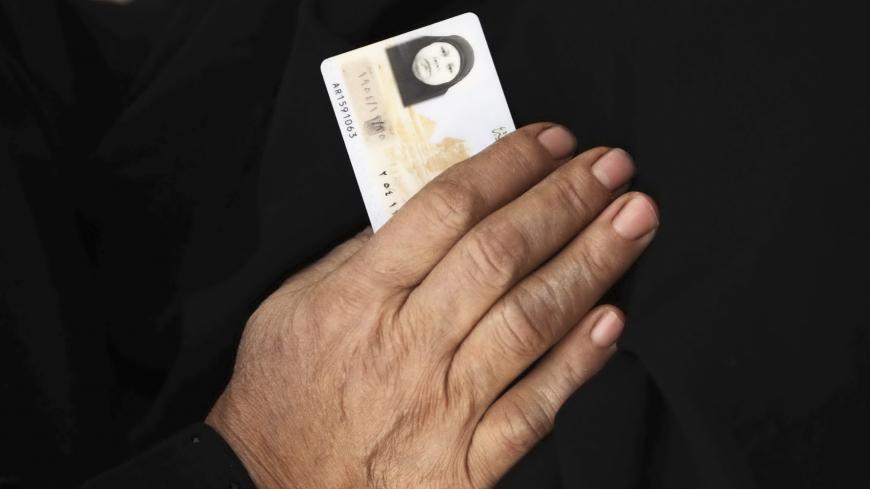 A woman with her ID arrives at a polling station to vote during the final stage of a referendum on Egypt's new constitution in Bani Sweif, Egypt, Dec. 22, 2012. - REUTERS/Stringer

Legislator Ismail Nasreddin has announced plans to submit a bill to Egypt's parliament that would remove religious affiliation from national ID cards. The move paves the way for a civil state that respects the values of citizenship, Egyptian media quoted Nasreddin as saying. While the national charter recognizes the three "heavenly religions" and guarantees freedom of belief and worship for all citizens, Article 2 of the constitution declares Islam the official religion and states that "the principles of Islamic Sharia are the main source of legislation."

The time is ripe for elimination of all forms of religious discrimination, Nasreddin said, adding that he took a cue for his action from President Abdel Fattah al-Sisi's comments on citizenship rights at the recent World Youth Forum in Sharm el-Sheikh. Painting an idealistic picture of religious tolerance and diversity, Sisi told the youth participants that "every citizen has the right to worship as he or she pleases and the right not to worship at all."

Yet the reality is vastly different: In Egypt's majority Muslim conservative society, atheism is a longstanding taboo, and "minority Christians face unprecedented levels of persecution," according to The Guardian. Those who dare express their lack of faith in public risk prosecution and arrest under Egypt's blasphemy law, in place since 1982. The law stipulates that a person can be imprisoned for up to five years if he or she defames or disrespects one of the three monotheistic religions; harms national unity; or uses religion to promote extremist ideas with the intention of sowing discord in society.

Lawmaker Amr Hamroush sought to outlaw atheism in late December of last year, proposing a bill to that effect to parliament. This was part of a wider fear-mongering campaign by politicians, the media and religious leaders. Rights campaigners warned that the draft law "risks heightening discrimination against the nonreligious." But Hamroush insisted the bill was necessary to counter what he described as "a dangerous trend that threatens the fabric of our society." While the bill has yet to be signed into law, it sent a chilling message to nonbelievers.

Atheists are not the only group that is being targeted for their nonconformist ideas, which some Egyptian media outlets and religious clerics have criticized as "inappropriate" and "destructive." Coptic Christians — estimated at 10% of the population — also have their own grievances and have come under repeated attack in recent years. In the latest assault on the religious minority, eight people were killed and at least a dozen others injured on Nov. 2 when gunmen opened fire on a bus transporting worshippers from a remote desert monastery to the southern province of Minya. The violence, later claimed by Egypt's Islamic State affiliate, is reminiscent of a similar assault on Christian pilgrims that took place in the same spot in May 2017.

Nasreddin's proposed bill came on the heels of the latest deadly violence and was seen by skeptics as an attempt by the state to appease angry Christians who accuse the government of failing to protect them.

"The state has no interest in pushing this forward," Samuel Tadros, a senior fellow at the Hudson Institute's Center for Religious Freedom, told Al-Monitor, in reference to the draft law. "Even if it does pass, it would be symbolic, as it is easy to tell a person's religion by his or her name, even if the religion box is deleted." Christians in Egypt often name their children after Christian saints and traditionally have a cross or other religious symbols tattooed on their wrist to assert their religious identity.

Humanists, who have repeatedly called for the "divisive'' and "discriminatory" religious demarcation on ID cards to be scrapped, welcomed the bill but are skeptical about the likelihood of its endorsement.

"Over the past several years, there have been several discussions about removing religion from ID cards, but they have all come to a dead end," Timothy Kaldas, a nonresident fellow at the Tahrir Institute for Middle East Policy, told Al-Monitor. "If the bill is signed into law — and that's a big if at the moment — it is definitely welcome."

Nasreddin's proposition is not the first attempt by a lawmaker to have religion dropped from ID cards. In 2016, a similar proposal from legislator Alaa Abdul Moneim was shelved after it met with stiff resistance from conservatives in the House of Representatives. Members of the Salafi Nour Party slammed the bill, arguing that it contradicts Article 2 of the constitution and warning that such an amendment could pave the way for interfaith marriages between Christian men and Muslim women, which are forbidden by Sharia. Islam allows Muslim men to marry women of other Abrahamic faiths but does not permit Muslim women to marry non-Muslim men.

While Al-Azhar, Islam's highest authority, shares these concerns, it considers the removal of religion from IDs more of a security than a religious matter, Mostafa Abdel Gawad, head of Al-Azhar's Media Department, told Al-Monitor. If the bill is endorsed by parliament, it would be referred to Al-Azhar for review. It would be up to Al-Azhar's Committee of Ulama, comprised of senior Al-Azhar scholars, to ultimately decide if the legislation conforms with Sharia.

Skeptics like Bahey Hassan, director of the Cairo Institute for Human Rights Studies, dismissed the bill as "cosmetic," saying "it is an attempt by the state to whitewash institutionalized discrimination against Christians."

"The discrimination faced by Coptic Christians is not because their religion is mentioned on their ID cards, it is because they are Christians," he told Al-Monitor. He cited examples of unjust policies that fuel sectarian violence, like the legal restrictions on the building and restoration of churches and how Christians are denied high-level positions in government, the military and security agencies.

A church construction law, approved by parliament in 2016, fell short of a much anticipated unified houses of worship that critics say would have put Muslims and Christians on equal legal footing in terms of the governing of mosques and churches. Instead, the law has been decried by critics as "sectarian" and "prejudiced." The legislation makes it mandatory to get approval from governors to build or renovate a church and stipulates that the size of a church must be proportional to the number of Christians in the area. No such restrictions are in place for the building of mosques.

"The legal difficulties of building houses of worship for Christians are a pretext for acts of vigilante violence against the Coptic Christian community, particularly in rural areas," said Kaldas.

"The state's tendency to try and resolve these issues at traditional arbitration gatherings as opposed to legal trials for the perpetrators, creates an environment of impunity that encourages more people to commit acts of violence against the Coptic Christian community," he said.

Unless such serious issues of discrimination are addressed, the bill on its own can do little to alleviate the flagrant injustices against Coptic Christians, contend the analysts. "Fighting faith-based discrimination will need a lot more than taking religion off ID cards," said Mina Thabet, director of the minorities program at the Egyptian Commission for Rights and Freedoms. "It is, however, a first step in the right direction. The legislation would send a message discouraging further discrimination, at least at the societal level. It would also benefit followers of non-Abrahamic faiths such as Baha'is, who face serious challenges as a result of not fitting into the officially imposed categories of religious affiliation."