Negotiations to form a Palestinian unity government are continuing, but hurdles remain as the deadline approaches fast. 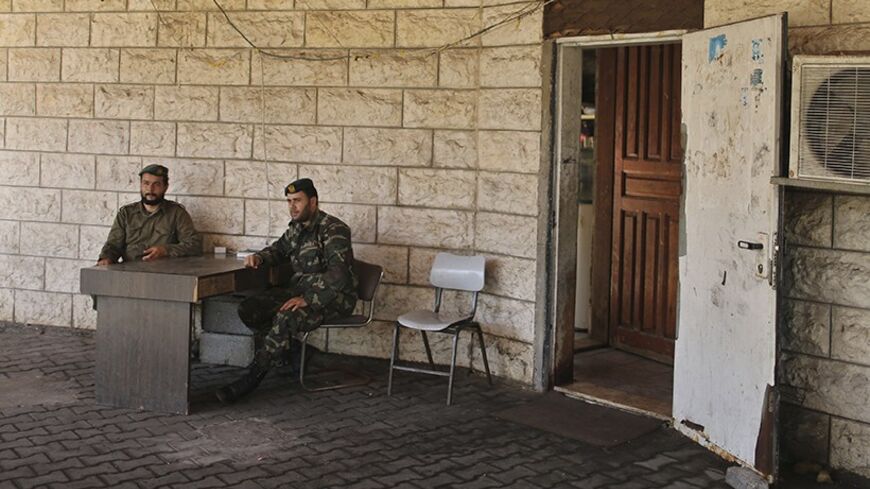 GAZA CITY, Gaza Strip — Palestinians are looking forward to the day when the Fatah and Hamas reconciliation government is finally formed, despite fears that this formation might face last-minute roadblocks, as the scheduled end of May date for its completion approaches.

Questions abound about the reasons for the delay: Who will head the new government? Will it be President Mahmoud Abbas, or someone else? How will it receive its vote of confidence? Will the oath of office be taken before Abbas, or will the Legislative Council be convened to grant it confidence? Questions that the reconciliation agreement did not provide answers to, nor the shuttle diplomacy visits between Fatah and Hamas.

The second deputy speaker of the Legislative Council, Hassan Khreisheh, appeared to answer some of these questions. "If Fatah and Hamas agree on the formation of a government, then this government will take its oath before the president alone. Despite the fact that, from a constitutional standpoint, the cabinet cannot assume its duties prior to obtaining a vote of confidence from the Legislative [Council], the reality on the ground dictates otherwise.”

In contrast, Hamas leader Mahmoud al-Zahar said: “The Cabinet will appear before the Legislative [Council] for a vote of confidence. The government will be subject to oversight and accountability. Yet, this issue remains unresolved in the ongoing bipartisan negotiations.”

A high-ranking Fatah official in the West Bank told Al-Monitor that patience was required. “It is in every Palestinian’s interest that the formation of the new government takes place at a deliberate non-rushed pace. Various steps must be readied to market that formation,” alluding to Abbas’ regional and international consultations meant to guarantee the political and financial cover required for such a formation.

Wafa, the official Palestinian news agency and mouthpiece for the Palestinian Authority (PA), said, “The government should be formed without haste, as its agenda is different than that of its predecessors, and requires that it be endowed with the capabilities necessary to deal with foreign policy matters.”

Hamas sources, speaking to Al-Monitor on condition of anonymity, noted that the current delay in the formation of the cabinet by Abbas’ camp may not be caused by internal local concerns, and may be tied to the outcome of Egypt’s presidential elections and the desire to announce the formation from Cairo. This is to grant the probable winner, Abdel Fattah al-Sisi, a measure of regional legitimacy.

Al-Monitor also obtained reliable information from officials who took part in recent negotiations in the Gaza Strip regarding issues such as the number of cabinet ministers and their geographical distribution between Gaza and the West Bank, and the manner by which the cabinet would be convened if Israel refused to allow some Gaza ministers entry into the West Bank, or vice versa, and whether that can be done through video conferencing or by Abbas’ ministers all going to the Gaza Strip via Egypt.

The last hurdle standing in the way of the government’s formation revolves around agreeing on the names of candidate ministers, as that requires additional time for negotiations between Fatah and Hamas, as was evident during Fatah’s Azzam al-Ahmad’s last visit to Gaza on May 14.

Al-Monitor obtained a list of names proposed by Fatah and Hamas from a high-ranking Hamas source in Gaza, which still must be agreed upon. Most of those nominated are considered specialists in their sectors, yet both parties nominated people close to them, at least from an intellectual and ideological standpoint, without them actually being members of either organization.

During his last visit to Gaza, Hamas requested from Ahmad that, after the formation of the consensus government, current employees of its government would not be fired, and no dramatic changes would be made to the composition of its administrative and security apparatuses.

Subsequently, Al-Monitor learned that immediately after the reconciliation agreement was announced, Hamas’ government began intensive efforts to fill leadership positions in ministries that would be vacated, in anticipation of the arrival of new ministers who are officially affiliated with Abbas. This was done by granting promotions to its government officials, as a pre-emptive measure prior to the formation of a new cabinet. Toward that end, Hamas’ cabinet held successive meetings to promote dozens of senior employees, some to high-ranking posts, whereby ministers submitted lists of high-level promotions in their ministries.

Despite the fact that Hamas maintained extreme secrecy about these measures, the topic quickly spread through social networking sites and became fodder for debate among Hamas activists.

Yousef Farhat, a Hamas leader in the Central Region of the Gaza Strip and the director of counseling at the Ministry of Religious Affairs in Gaza, used his personal Facebook page on May 13 to criticize the Hamas move: “The promotions under way in the ministries lack professionalism and are devoid of any nationalism. They increase the level of hatred, and must be objected to by free thinkers and submitted for review before any future government,” which resulted in boisterous reactions either supporting or opposing the Hamas decision.

Al-Monitor asked a Gaza official, who wished to remain anonymous, about the subject, to which he replied: “The affair was blown out of proportion, because the small number of promotions that took place were objective and necessary to balance the future composition of any government. Fatah undertook similar measures after Hamas’ 2006 elections victory, to erect roadblocks that would hinder it performing its duties. As a result, this does not mean that Hamas wants to control key government functions in any of the ministries and institutions during the coming phase.”

Faisal Abu Shahla, a Fatah leader in Gaza, described the promotions given to Hamas employees as “childish, irresponsible and undisciplined behavior that is self-centered and indicative of a lack of commitment to cooperative undertakings. And I reject taking such pre-emptive measures.”

However, Hamas government spokesman Ihab al-Ghussein said, “The changes made by the government resulted in administrative benefits, and were made to address problems in some of those posts, such as redundant responsibilities. They also took the form of a reshuffling of jobs without the need for new appointments.”

A Palestinian financial official in the West Bank told Al-Monitor the Hamas move was unlikely to succeed. “Hamas’ measures lack realism in the practical sense. They were rash, not subject to fair competitive procedures and will be reviewed by the future government. I think it likely that they will be subjected to further discussions, and will not be immediately approved,” the official said.

The official warned of serious ramifications if Hamas is permitted to promote its members to senior ministerial posts.

“If the PA’s ministries and institutions are restructured, Hamas will seek to use these measures to control all important institutions and posts — something that is legally not allowed — thus causing grave problems between PA employees from Fatah and new Hamas employees. Furthermore, they cannot form the basis for true reconciliation, but will engender new forms of division through government administrations. As a result, jurisdictions will overlap, and new hurdles will rise to block the path toward reconciliation. This requires that this [these measures] be reconsidered as soon as the government is formed.”