Trilateral cooperation projects to save the Dead Sea and the Jordan River must be accompanied by transferring parts of the Jordan Valley to Palestinian sovereignty. 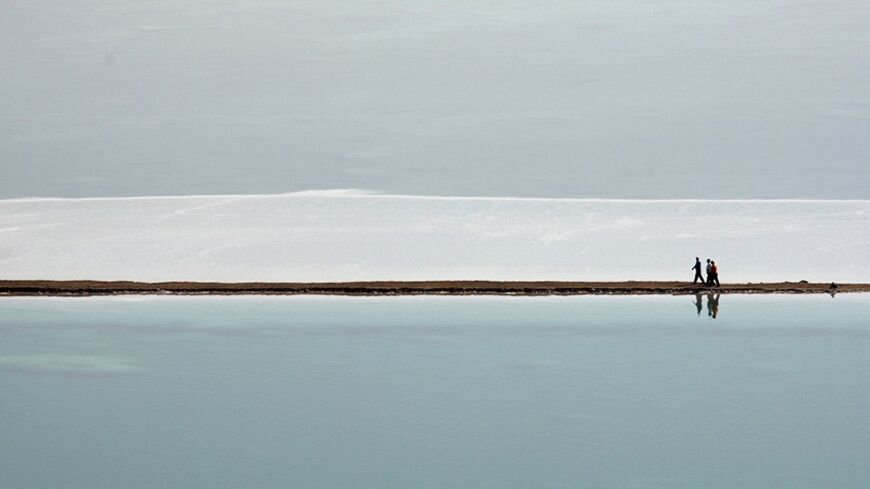 The upcoming Israeli-Palestinian agreement outline being prepared by US Secretary of State John Kerry has put the Jordan Valley in the spotlight. That forsaken region, which is part of the Oslo Accord’s Area C, is one of the central diplomatic-security issues to be resolved between the sides.

Unfortunately, nature refuses to accommodate the political timetable. The importance of the Jordan River to the three monotheistic religions, to which half of the world’s population adheres, has not prevented the human abuse of the river in the last few decades. The Christian belief that John baptized the first believers in the Jordan River, the Muslim tradition according to which the companions of the Prophet Muhammad were buried there and the Jewish story about the people of Israel who crossed the river on their way to the Land of Canaan — none of these protected the river from drying up.

The water sourcing of Syria, Israel and Jordan have reduced the amount of water flowing into the river by 98% compared to the river’s flow in the 1940s. This severe water depletion has caused growing environmental, cultural and economic hardship. Perhaps it is this precise combination that will lead to the salvation of the river.

At an emergency conference held in Jordan in November 2013, the heads of churches in the Middle East, of Israel’s rabbinate and of the Muslim Waqf signed an interfaith covenant calling for the river’s rehabilitation. “We have a different vision of this valley,” the signatories wrote. “A vision in which a clean, living river flows from the Sea of Galilee to the Dead Sea, in which the valley’s plants and animals are afforded the water they need to flourish, in which the springs flow as they have for millennia and in which the water extracted for human use is divided equitably between the nations that share the valley and the people who live here.”

“Friends of the Earth Middle East,” whose petition regarding the lands of the village of Battir, has been examining and promoting plans for rehabilitating the southern Jordan River. A team of the NGO's experts in Israel, Jordan and the Palestinian Authority that examined the plans determined that absent regional cooperation, or at least regional coordination, the rehabilitation project will not be economically viable for the three sides.

A financial report compiled by Nir Becker and his team and Saeb Bamya from the Palestinian Authority, among others, said the rehabilitation of the region was expected to increase the three states’ revenues from pilgrimage tourism by hundreds of millions of dollars annually. The researchers recommended the development of the Island of Peace along the Israeli-Jordanian border for ecological tourism, which would include water channels and wetlands at the confluence of the Yarmouk and Jordan rivers. Gideon Bromberg, the Israeli director-general of Friends of the Earth Middle East, believes that all that’s required for the restoration of the river is a bit of vision and continuous, effective cooperation among the three governments.

The dramatic decline in the amount of water flowing from the Jordan has had a negative impact on the Dead Sea. Since the second half of the 20th century, the Dead Sea’s water level has dropped nearly 40 meters (130 feet). This has caused the southern basin to dry up, the beaches to recede, sinkholes to form, along with other damage to the local infrastructure and environment. Here, too, it seems the solution lies in cooperation among the three river neighbors.

On Dec. 9, 2013, Israeli Energy and Water Minister Silvan Shalom, a top Likud member, took part in a festive signing ceremony at the World Bank headquarters in Washington of a regional agreement to build a four-pipe conduit for water from the Red Sea to the Dead Sea. Standing beside Jordan's Water and Irrigation Minister Hazem Nasser and Palestinian Water Authority head Shaddad Attili, Shalom said the pipeline, known as the "Red-Dead project," “fulfills the vision of [Zionist Organization founder Theodore] Herzl for the construction of a water canal.”

Shalom explained that this plan represents another “layer of peace with the Palestinians that will lead to strategic, economic and diplomatic cooperation.” At the end of the ceremony, Shalom told the media, “The economic damage of not doing anything is greater than the cost of the project. Let us hope that this agreement will be an opening of hope for comprehensive peace in the region.”

But there’s a catch. It’s one thing to talk about cooperation with the Palestinians on projects along the Jordan that ensure economic and environmental dividends for Israel, but quite another to transfer lands across the Jordan, which is essential for the establishment of a sustainable Palestinian state.

In May 2012, at another festive ceremony put on by the Jordan Valley Regional Council, where he received an award for his support of the Jordan Valley, Shalom declared that the valley “is an Israeli success story” and promised that “It is an inseparable part of the State of Israel and has been and will be eternally under our sovereignty.” Shalom, like most of his colleagues in the Likud leadership, talks peace but follows a policy of not doing anything to promote a peace arrangement.

How does a two-state solution reconcile with the status quo in which 85% of the Jordan Valley and the northern Dead Sea — which constitute more than one-quarter of the West Bank area — are off-limits to Palestinians, and 83.4% of the valley lands are under the jurisdiction of the local Jewish councils? Is it really possible to instill in the hearts of the region’s Palestinian residents hope for a just peace while the Israeli regime prevents many Palestinian villages from hooking up to the water infrastructure and forces them to make do with a daily consumption of a mere 20 liters (5 gallons) per person, a tiny portion of the daily consumption of their neighbors in the adjacent settlement? With 28 of the 42 Israeli water wells in the West Bank located in the Jordan Valley, is there any sane Israeli who believes that Palestinian President Mahmoud Abbas will deed the area over to Israel?

Just to be on the safe side, in early January some 300 activists in the Palestinian Popular Committees settled into abandoned houses located on the grounds of the Orthodox church at the Ein Hijleh site north of the Dead Sea. The activists declared their campaign, called “Salt of the Earth,” against the “targeted killing” of any diplomatic agreement that would include giving up full Palestinian sovereignty over the Jordan Valley.

Israelis who hold dear the fate of the Jordan iver and the Dead Sea, and those among them who are truly interested in an end to the conflict, should get used to the idea of a Palestinian Jordan Valley and northern Dead Sea.