Prime Minister Naftali Bennett and Foreign Minister Yair Lapid are working to rehabilitate the bilateral ties with Jordan after the setbacks to the relationship under former Prime Minister Benjamin Netanyahu. 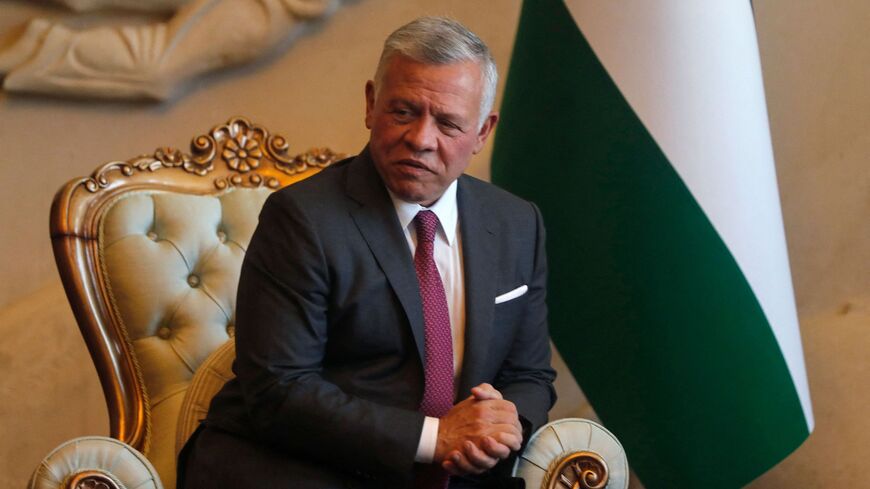 Prime Minister Naftali Bennett's predecessor Benjamin Netanyahu left no shortage of hot potatoes on his desk. Some are political time bombs that are still ticking, such as the deeply rooted enmity between Israel and Jordan.

The importance of the 1994 Israel-Jordan peace agreement for Israel’s national security cannot be overstated. The same goes for Jordan, which depends on Israel in many significant aspects, such as the 50 million cubic meters of Sea of Galilee water that Israel provides Jordan annually, as well as intelligence, military and economic cooperation. Analysts have long contended that Israeli power is practically the only deterrence to efforts by dangerous waves of radicals, such as the Islamic State group, Iranian militias or other subversive elements to unseat and expel the Hashemite family and establish a de facto Palestinian state in Jordan.

Netanyahu’s successor is troubled by a question: What made the veteran leader sabotage highly complex and sensitive relations with the state that shares Israel's longest border? Israeli prime ministers have always valued relations with Jordan as a strategic anchor and a tremendous national security asset. Netanyahu obviously knew this, despite reportedly approving the failed assassination attempt of Hamas leader Khaled Meshaal in Jordan in 1997 during his first term as prime minister.

When Netanyahu returned to power in 2009, he sought to preserve this important relationship, but his actions in more recent years defy explanation. His reluctance, say analysts, brought about the cancelation of the Red-Dead agreement signed with Jordan under the auspices of the World Bank and various international funds with sweeping US backing.

The 2015 agreement called for Israel and Jordan to lay down a giant water pipeline between the Red Sea and the far lower Dead Sea, along which water desalination facilities would be built to benefit both sides of the arid, empty Arava Desert they share, with the remaining water and brine to flow down and replenish the shrinking Dead Sea. In return for Jordanian cooperation on this project, Israel committed to supply Jordan with an additional 50 million cubic meters of water produced at an additional desalination plant to the north from which water would flow to the Sea of Galilee and from there to Jordan.

The agreement served both sides’ economies and agriculture as well as the stability of their ties and mutual dependence. It is unclear why Netanyahu was unwilling to go forward with the agreement, already delayed by red tape, financing difficulties and environmental objections. His unwillingness humiliated the kingdom and infuriated Jordanian Foreign Minister Ayman Safadi, making him one of Israel’s bitterest critics in the Arab arena and crushing trust between the sides.

Netanyahu’s strange behavior was not confined to the water project. Despite the recommendations of advisers, in 2017 he held a hero’s welcome for an Israeli Embassy guard who killed a Jordanian citizen and was rushed back to Israel (apparently with the kingdom’s approval). Netanyahu invited the guard to his office and posted a selfie of him grinning and embracing his guest. The event was the final straw that ended what was left of relations between the two capitals.

This incident coincided with another crisis in relations prompted by Israel’s deployment of metal detectors at the entrances to Al-Aqsa Mosque in Jerusalem, one of Islam’s holiest sites. The move prompted Palestinian rioting and clashes with Jerusalem police. The king was reportedly furious with Netanyahu.

Thus the disruption of relations became complete. Security and intelligence cooperation was all that remained of the peace agreement signed by the late Prime Minister Yitzhak Rabin and King Hussein.

Bennett and Foreign Minister Yair Lapid moved to repair relations as soon as they took office in mid-June. Bennett met secretly at the beginning of July at the palace in Amman with King Abdullah and brought him the water deal. He came under fire from the political right, though the goodwill gesture was in fact the implementation of Israel’s commitment under the Red-Dead deal. The additional allocation of 50 cubic meters of water a year for the kingdom is only one of many agreements reached by Abdullah and Bennett at their clandestine meeting. Word of the meeting was subsequently leaked, generating fury from the palace.

After the two leaders met, it was the foreign ministers' turn. Lapid and Safadi met July 8 near the Allenby Bridge and further advanced the understandings reached by their bosses. “There was great thirst on the other side for a renewal of relations, for finding anew a partner in Jerusalem,” a senior Israeli diplomatic source told Al-Monitor on condition of anonymity. “The Jordanians had given us the cold shoulder not because they wanted to but because they had no choice. They started suspecting that Netanyahu was joining those who insist that Jordan is Palestine. They refused to have anything to do with him. Now they are relieved and so are we.”

According to diplomatic sources, Israel is planning a long list of agreements with the kingdom to rehabilitate the relationship and restore several aspects of cooperation, including additional goodwill gestures. Israel is willing to further upgrade the water supply that is crucial for the monarchy’s stability on the condition that Jordan lets Israeli farmers cultivate the border lands that Israel handed back to Jordan in 2019.

Israel’s loss of the two border enclaves, Naharayim and Tzofar, which Israelis had farmed for a quarter century, was a direct result of the abysmal relations between Netanyahu and Abdullah. Under the 1994 peace agreement, Jordan leased the land to Israel for 25 years with an option to negotiate the contract's renewal. But the Jordanians refused to even consider negotiating and demanded the enclaves be handed back as soon as the lease was up. Israel will now strive to renew the lease. For the first time in a long while, the quest appears possible.