Western institutions should take the GCC's unique labor challenges into account when addressing migrant worker protection in the Gulf. 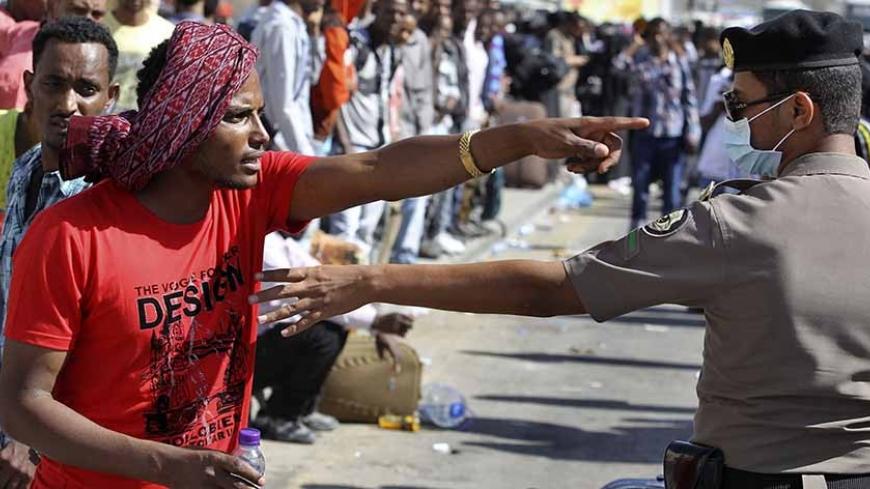 An Ethiopian worker argues with a member of the Saudi security forces as he waits with his countrymen to be repatriated in Manfouha, southern Riyadh, Nov. 11, 2013. - REUTERS/Faisal Al Nasser 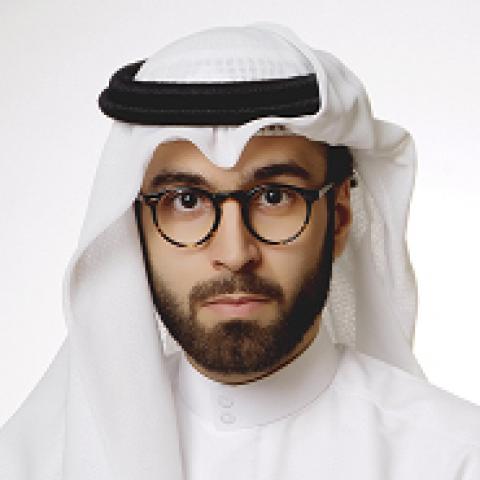 The Gulf Cooperation Council (GCC) is the largest recipient of temporary labor migrants in the world. It hosts 24 million migrant workers (43% of the total GCC population), who in 2012 remitted over $50 billion, outnumbering foreign aid to developing countries and reinforcing the GCC’s emerging economic role in the developing world.

Despite these contributions, many foreign observers argue that the GCC’s Kafala or "sponsor" system — its temporary labor program that operates through sponsorship — exploits migrants. These critics err in homogenizing the GCC states into one monolithic entity, and therefore it is imperative to contextualize each state’s internal challenges — including outdated bureaucracy, dislocated native human capital and security issues — to formulate policy solutions. These particular dilemmas have not only appeared to undermine internal GCC state capacity but also increasingly pose critical institutional constraints to their potential economic growth, development and diplomatic relations.

The Kafala system is a government policy used to massively organize, govern and control the temporary labor migrant population in GCC countries. It requires all temporary labor migrants to have an official local sponsor — corporate or individual — responsible for their immigration visa and legal residency status in the country.

It provides a "win-win-win" outcome for major stakeholders: GCC states (as labor-receiving countries), labor-sending countries (LSCs) and migrants. For the GCC states, temporary labor migration is critical to their pursuit of a globally competitive economy. The native labor shortage and the massive influx of migrants in the private sector presents both opportunities for growth and a constraining dependence for these states. Migrant workers represented 90% of the total population of the United Arab Emirates (UAE) in 2013, concentrated in the construction, domestic work and financial industries. Conversely, for LSCs, temporary labor migration acts as a safety valve to alleviate high unemployment at home. For some LSCs like Nepal, remittance levels constitute 23.8% of the total gross domestic product, while for others like Tajikistan, up to 35.1%.

These particular challenges — mainly rooted in their lack of institutional coordination and coherent migration policymaking at the GCC level — pose critical challenges to the ongoing capacity of GCC governments to effective manage temporary labor migration throughout the region.

The UAE case: restrictive yet engaged

Recently, the UAE proactively approached LSCs to address issues of migrant labor. To monitor violators within the labor market, the government introduced its Wage Protection System in 2009 and introduced labor and safety laws for construction workers, while engaging in international labor talks — such as the Abu Dhabi Dialogue. While these developments have won support, the UAE still recognizes a need to focus on the lack of national labor laws for domestic workers, but also highlights that certain nongovernment organizations (NGOs) have turned a blind eye on their previous policy efforts to address issues of migrant labor within the country. In other words, these ongoing efforts could strongly provide a cost-effective policy mechanism and a regional labor standard blueprint for GCC countries.

Other GCC countries like Saudi Arabia and Qatar took a restrictive approach in 2013 to protect their borders. Saudi Arabia expelled 100,000 Eritrean migrants along with Filipinos, Pakistanis and Indians for labor and immigration violations. Saudi Arabia has also imposed labor-import bans on Filipino and Indonesian domestic workers over their proposed terms and agreements pertaining to labor standards, including minimum wages, working conditions and other rights issues.

Furthermore, Qatar has increased the state's role in monitoring immigration/residency violations. Recent pressure from NGOs pushed the government to reconsider labor protection for construction workers on the 2022 World Cup projects. This incident forced the government to both revise labor-recruitment policies and conduct anti-illegal migrant campaigns. Such labor policy reforms are expected to continue, given the ongoing pressure from international NGOs to increase the Qatari government’s level of compliance to international labor laws.

These various government policy responses do not only highlight various internal challenges — i.e., illegal immigration, weak bureaucracy — but also suggest the diverging approaches of various GCC governments in managing temporary labor migration. As it is expected to grow in the region, GCC governments need to develop a regional migration solution to mitigate labor violations and optimize the potential of temporary migration as an integral development tool.

A migration hub in the 21st century

The GCC region is not a monolithic entity. A thorough comparison of labor migration internally among the GCC countries as well as externally between GCC countries and Western and developing nations is imperative to understanding the distinctive dilemma of GCC governments in managing labor migration.

The GCC countries need to introspectively focus on strengthening their institutions and policies to integrate and optimize their own highly educated human capital. They have to strategically coordinate and engage with various stakeholders and uphold national and international labor standards to achieve sustainable economic growth, enhancing their position as global development partners.

Like Western countries, GCC countries have the autonomy to protect their sovereign borders from potential violators. It is imperative to consider labor violations in a global context rather than myopically focusing on GCC countries that must adopt modern labor policies.

While the GCC states are not exempt from the need to manage labor conditions, Western institutions should examine the GCC's internal labor dilemmas. They need to rigorously and holistically assess ongoing GCC state policy efforts to control labor practices within their markets. Therefore, multilateral cooperation and genuine dialogue should be prioritized, rather than politically framing the GCC region as the face of labor exploitation.

Issues over protections, a standard minimum wage and labor-import bans have often been the inevitable outcomes of ongoing struggles between GCC states and Asian LSCs. GCC countries ban labor importation from major Asian suppliers when these LSCs violate strict labor and immigration laws

Other LSCs, like the Philippine and Indonesian governments, also imposed labor-export bans on Saudi Arabia for failing to address violations of domestic workers’ rights and minimum wage requirements. This particular tension is expected to continue, given the increasing labor and minimum wage standards demanded by Asian LSCs, and has shaped diplomatic relations and produced criticism from rights groups.

In a globalized world, the GCC countries are relevant global development partners. LSCs and international institutions must analyze these individual states' complex challenges to formulate policies that protect laborers in the long run.