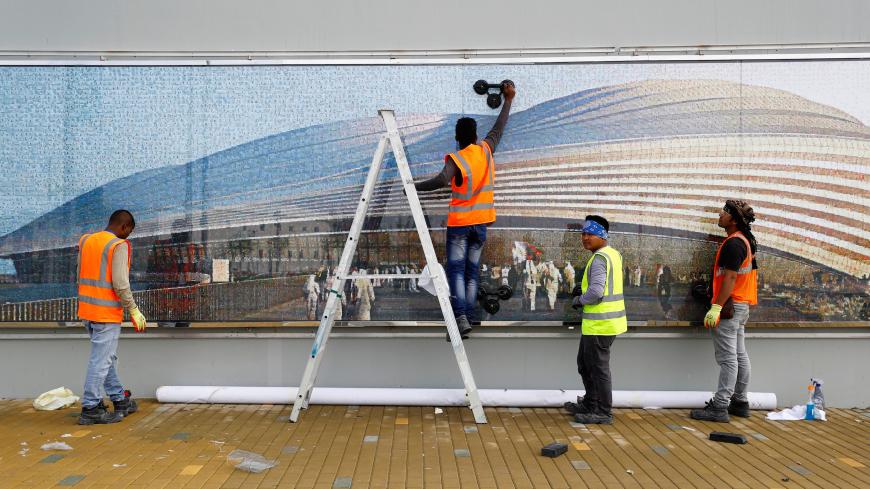 “After almost 30 years of living in Dubai, I left.” So begins a blog post written in 2017 by an Indian citizen who grew up in the city and witnessed her father being laid off after he had contributed to the success of the United Arab Emirates (UAE), working "like a mad dog."

“I would never make the same mistake, never stay in a place for too long without having the opportunity to be its citizen,” the author said.

Three years later, the Gulf is unrecognizable: rentier models of governance are being shaken under the weight of the financial and health crises, as is the Gulf Cooperation Council, and Saudi Arabia allows women to drive as well as international singers to perform concerts.

One thing has remained immutable, however: Citizenship acquisition is largely out of reach for migrant workers who are the driving force of Gulf economies.

The coronavirus pandemic has further highlighted the challenges facing migrant workers in the Gulf states — with this segment of the population facing the greatest economic challenges as well as the highest infection rates.

Giving citizenship to foreigners would open a Pandora's box, policymakers fear. “In the Gulf, citizenship has a financial value,” said Ali Altarah, sociologist and a former ambassador of Kuwait to UNESCO.

In other words, citizenship is a gateway to generous wide-reaching social welfare systems that an influx of new citizens would likely make "unsustainable," Altarah told Al-Monitor.

Moreover, restrictive ownership laws have long curtailed foreign investments and requested businesses to be owned by a local partner, allowing Gulf citizens to collect a slice of any profit generated within the country. Although free zones offer a viable alternative, especially in the UAE, they only circumvent a model of governance that access to citizenship would nullify.

“Would Gulf regimes give up on their cash cows?” a lawyer, who is specialized in citizenship and taxation advice and who has considerable experience in Middle East matters, told Al-Monitor on condition of anonymity.

Long-term residency schemes launched in recent years allow foreigners to reside in the country for extended periods of time while subtly avoiding the substantive issue of granting various social, economic and political rights that are intrinsically linked to citizenship.

According to international laws, "countries have sovereignty over who can access citizenship, as long as it is not discriminatory against a race, gender or ethnicity," said Hiba Zayadin, Gulf researcher for the US-based advocacy group Human Rights Watch (HRW).

While hurdles to citizenship are not unique to the Gulf — many countries throughout the world require long and arduous processes to gain citizenship — in several Gulf countries there is no path unless one has parents who are citizens.

“What we have criticized are systemic discriminatory frameworks in place in the Gulf, which this lack of path toward citizenship is obviously part of,” Zayadin told Al-Monitor.

She refers to an exploitative migration sponsorship system known as kafala that ties workers to their employer and facilitate trafficking, exploitation as well as forced labor.

Hit by the twin crisis of the coronavirus pandemic and falling oil prices, more than 3.5 million migrant workers are expected to lose their employment and leave the Gulf as stimulus packages designed to shield local economies from the pandemic-induced recession largely exclude them. Saudi Arabia said it will pay 60% of the private sector wages for its citizens only.

“When the dust settles, they will take a few knocks and bring in plane-loads of workers from ever more desperate countries,” wrote Vani Saraswathi, associate editor for the advocacy organization Migrant-Rights.

Globally, “the trend toward temporary employment prevails irrespective of geography,” the International Labour Organization reported as early as 1997.

"Dubai is the best city in India"

In recent decades, migrant workers, predominantly from South Asia, have outnumbered Gulf citizens, raising concern over demographic imbalance. Qataris account for 12% of the country’s population and less than one inhabitant out of 10 in Dubai is an Emirati citizen.

As it is often quipped, “Dubai is the best city in India.” A large and diverse Indian diaspora is central to the economic, cultural and social life of the Middle East’s business and trade hub.

“I feel the core reason why Gulf governments do strictly restrict the right to access citizenship is that they want to preserve their Arab and Muslim identity,” Maha, a 26-year-old Indian citizen who was born and raised in Qatar, told Al-Monitor.

“Gulf leaders are so afraid to lose control over the social fabric of the societies they rule,” Altarah added.

Indeed, migrant laborers bring along with their working capacity a wide range of cultural, religious and political identities that differ from the native tribal dynamics of the Gulf.

“Maybe for Westerners it is shocking because they view citizenship as a right attached to migration, but should it be?” Maha questioned.

Francis Owtram, a Gulf history specialist at the University of Exeter, told Al-Monitor that the Gulf has “one of the highest proportions of second and third generations born in the region who are officially classed as foreigners.”`

Some argue vibrant and long-standing Gulf-South Asia business and political ties could serve as a base for a state-to-state trade-off to grant Asian elites exclusive access to citizenship.

“I do not see India's Prime Minister Narendra Modi requesting UAE Prime Minister Sheikh Mohammed to grant citizenship to Indian businessmen. In fact, he would say, 'Please do not give it to them because I want to tax them,'" commented the lawyer specialized in citizenship, alluding to a budget proposal to tax Indians based in no tax jurisdictions, such as the Gulf.

Increasingly concern by the necessity to generate nonhydrocarbon revenues, Gulf governments also view migrant workers as a "taxable resource." In Saudi Arabia, foreigners who wish to live with their nonworking family members to escape the feeling of temporariness created by the contract-based migration are requested to pay a monthly fee.

Finally, transient populations are the central element of several cosmopolitan cities under construction across the Arabian Peninsula, such as Saudi Arabia’s proposed futuristic city NEOM. As evoked during a conference held by the Arab Gulf States Institute in Washington, Gulf cities tend to be transient by nature and any sense of permanence is only "an illusion."

For Maha, Doha is home, but not a place where she can imagine to be a citizen. “I have been raised knowing that we are not gonna be here forever,” she said

In some instances, however, foreigners are granted citizenship. During the Arab Spring, demonstrators in Bahrain protested against what opposition activists see as political naturalization to change the fabric of the society and favor Sunni over Shiite communities.

In 2019, Saudi Arabia announced it will start granting citizenship to talent in a bid “to attract scientists, intellectuals and innovators from around the world,” The National reported.

The question, the international lawyer said, is really why one would want to be "so indebted to the ruler," while the Gulf’s authoritarian regimes use threats to revoke citizenship as a tool for political repression. "What is given can be taken away next year," the source said.

The coronavirus pandemic might trigger changes in the labor market, yet a transient low-income workforce remains the cornerstone of the Gulf’s development model. As the International Monetary Fund forecasts the world to "move away from oil," the hydrocarbon-rich region can’t afford to grant citizenship to millions of workers who are the backbone of its economy. 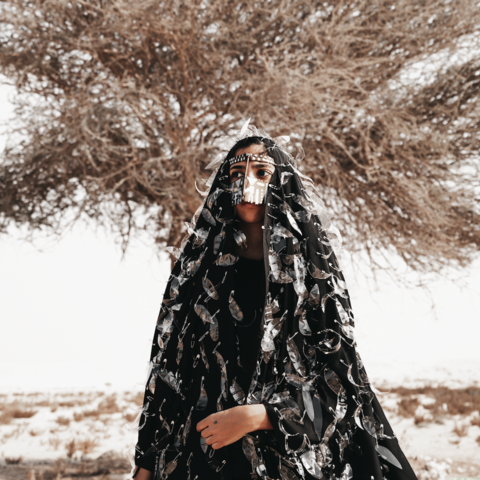