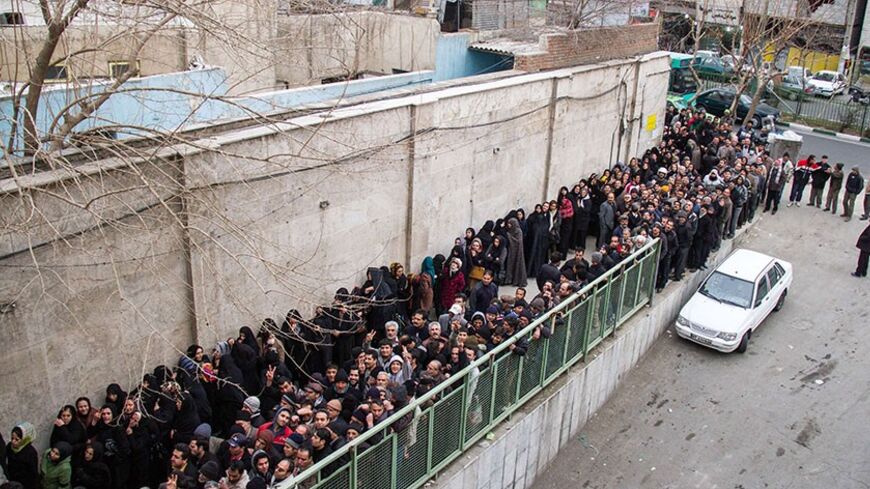 In a decree issued Feb. 19, Iran's Supreme Leader Ayatollah Ali Khamenei introduced the general policies of Iran’s “resistance economy.” The following are some of the key objectives presented in this document:

President Hassan Rouhani immediately reacted to Khamenei's decree and clarified tasks for a number of government institutions on how to plan and implement the needed policies. As is common in Iran’s governmental affairs, a number of committees and task forces have been established to follow up on the actions needed to achieve the above objectives.

Some analysts see the issuance of the decree as a reminder by the supreme leader that the positive outlook for nuclear negotiations should not derail the country’s overall effort to reduce its vulnerability to external sanctions. Indeed, a number of powerful stakeholders in Iran believe that sanctions generated an opportunity to become more focused and more efficient. As such, one can understand the timing and content of this initiative as a push not to allow the Iranian industry and government to fall back into a mentality of imports and maintain the momentum that has been generated through sanctions.

It is true that the term “economy of resistance” emerged as an Iranian response to the Western sanctions regime, and it is also valid that some of the above objectives are designed to strengthen the Iranian economy against external pressure. However, the majority of the above goals had already been defined in the country’s 20-Year Prospective Document (also known as Vision 2025), which had been passed and also decreed by Khamenei in 2005. Vision 2025 called on the Iranian government to pave the way for Iran to become a knowledge-based economy and the region’s top economic and technological power by 2025.

What may have compelled Khamenei to issue a new decree is the reality that the administration of former President Mahmoud Ahmadinejad was relatively indifferent to the objectives stated in Vision 2025. Partly due to misguided policies and partly due to external sanctions, Iran deviated far from the original goals. Some experts argue that returning to the level of economic balance of the pre-Ahmadinejad era alone will take years. Essentially, the decree should be seen as a top-level endorsement of the new government’s focus on comprehensive economic reform.

Incidentally, both in the original 2005 document and also in this recent decree, most of the stated objectives could also be part of an economic liberalization program. There are very few goals and reform objectives that are unique to Iran’s specific ideological context. However, the Islamic Republic of Iran has always focused on its unique literature, and “resistance economy” is a term to characterize the Iranian response to Western sanctions policies. A closer look at the proposed reform agenda underlines the regime’s desire to improve economic conditions, reduce vulnerabilities and promote competitive advantages — all areas that were neglected in the Ahmadinejad years.

No matter how we term these policies, the essence has been and remains domestic capacity building. The Iranian economy has the potential to move from its current below-average performance to becoming a developed economy. It has all the resources (natural, human and geostrategic) that an economy would need to play a much more significant role on the international stage. The missing links are in the areas of responsible and accountable policymaking, legal transparency and modern institutions. The above decree addresses most of these issues, but it remains to be seen whether it is feasible to achieve these objectives within the country’s current political structure. The fact remains that key Iranian stakeholders tend to over-politicize economic and institutional processes, making it impossible to implement efficient reforms. One such example can be seen in the subsidy reforms that have yet to produce the intended results (i.e., better distribution of income) for the Iranian economy. As such, the Rouhani administration should use this opportunity to create or redefine some institutions (such as the independence of the Central Bank) that could improve the country’s economic conditions beyond its own term.

The decree on the “resistance economy” should be seen as a new attempt by the top leadership of the Islamic Republic to provide the contours of Iran’s economic doctrine. It continues to be torn between liberal economic principles and an Islamic ideology that is seeking its own justification in key policy areas. For example, its reference to a “jihadi culture of wealth generation, entrepreneurship, etc.” is a reminder of this ideological slant. However, as long as the objectives of economic empowerment and development are achieved, Iranians and the country’s business community will not mind what the policy is called.