Iran meeting its target of 8% economic growth depends on how it handles six challenges that so far have hindered Iran’s economic development. 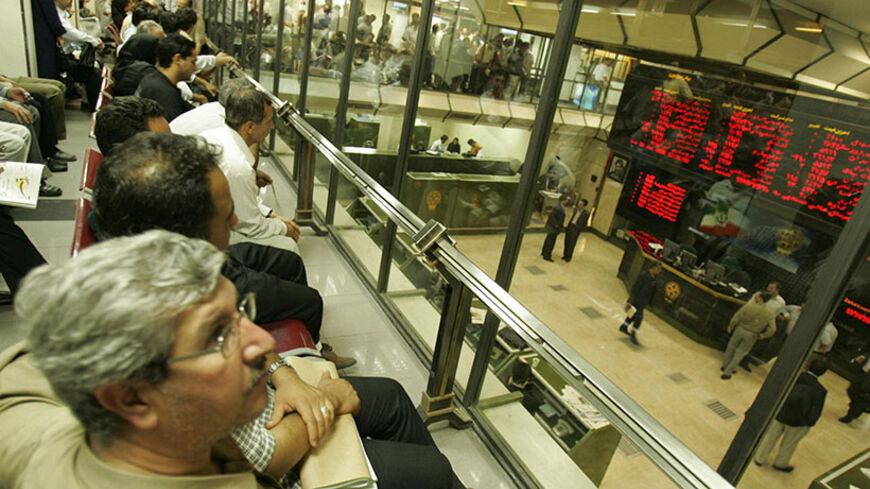 On June 8, during the commencement of the International Exhibition of Exchange, Bank and Insurance, Iran’s first Vice President Eshagh Jahangiri announced that the country needed an 8% annual economic growth and a 12% yearly increase in capital investments to generate the jobs required for a healthy path of development. He identified financing as the missing link in Iran’s economic development and called upon the financial sector to develop instruments to spread the burden of financing economic projects onto more institutions than banks.

There is no doubt that an improved financial sector would facilitate Iran’s economic development. However, there are a number of other missing links that will require sustained attention from the government and appropriate reform to prepare the ground for achieving the targeted economic growth.

Experts and analysts do not doubt Iran’s potential for economic growth. The country’s human resource base will be the central socioeconomic factor that under appropriate circumstances will facilitate fast-paced economic development. In fact, Iran has an above-average pool of educated workers. They may lack skills in some new economic sectors, but the base is solid, young and dynamic. Furthermore, the young average age of the population has increased the pace of sociocultural change, making Iranian society much more adaptable to new technologies and conditions, the main platform for the development of a knowledge-based society, the core objective of the country’s 20-Year Perspective. It is also important to note that the socioeconomic developments of the past decades have produced a predominantly urban society, with the majority of the population having been born and brought up in urban areas. This young, urban society provides not only the human resource pool, but also a dynamic market that can pave the way for growth.

In addition, the economy will benefit from a vibrant private sector and the country’s material wealth. Iran enjoys abundant natural reserves, as well as a geostrategic position as a regional hub for energy and trade. Incidentally, the country’s diverse economic base will also help the outlook for economic progress.

However, despite the above advantages, the country will continue to encounter difficulties emerging from a host of internal and external issues. Below, I focus on some internal phenomena that pose barriers to Iran’s economic development:

Other items could be added to this list, but the core point is that Iran’s economic development will face many hurdles as long as key socioeconomic and sociopolitical issues are not addressed. It is evident that the most critical driver for Iran’s future economic development will be the emergence of an economic doctrine that can discipline the utilization of resources for longer-term development. As long as Iran lacks a clear economic doctrine, it will continue to suffer from short-term thinking and a trial-and-error mentality. What may help the country in this process is the fact that the government has identified economic development as an important priority. Nevertheless, some analysts are skeptical as they argue that economic and technological advancement are seen as a source of legitimacy rather than an objective. Nonetheless, there are indications that the extreme conditions of the past will not return as economic policies and institutions mature over time.

As such, it is valid to argue that the goal of an 8% annual growth is overambitious, but the macro plans are not misplaced. Some experts have warned the government that overambitious plans can backfire in the longer run, especially as various stakeholders fail to see the longer-term benefits of plans and policies. Nonetheless, the overall vision to create a knowledge-based society by utilizing Iran’s material resources and generating human and social capital is correct. What will most likely emerge is that the pace of development will be slower than envisaged.

The critical element of efficiency improvements can be achieved through privatization, decentralization and deregulation — all goals that are envisaged in the Document on Resistance Economy. As such, it is valid to argue that the needed restructuring and rethinking processes have partly begun, but the illegitimate interests of opaque networks, the inertia of existing institutions as well as the prevalent trial-and-error mentality alongside external irritants will undermine and slow down the overall process.