While President Hassan Rouhani’s economic agenda features strong commitment to the building blocks of sustainable development, there are significant challenges ahead. 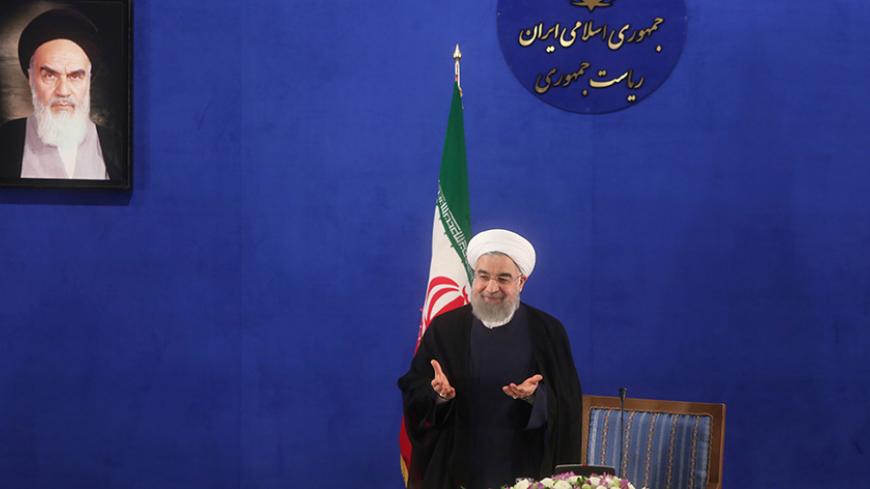 Hassan Rouhani’s re-election on May 19 is welcome wind in the sail of the moderate political forces in Iran. The sharp rise in the index of the Tehran Stock Exchange can also be seen as an indication that economic players view the election results as a positive development.

During the election campaign, the Rouhani camp produced a comprehensive set of policies for the next four years. In this article, we will take a closer look at the policies titled “developmental economic policies,” as these plans will have a major impact on the country’s economic development beyond Rouhani’s second term. The main challenge to the Iranian government in the next decade will be unemployment, and plans and policies should thus be assessed through the prism of their impact on job growth.

While Rouhani's plans call for reforming the management of oil export revenues, it is not clear how the revenues will be allocated. The country’s five-year plans have already foreseen an increase of the flow of funds into the National Development Fund, the sovereign wealth fund that would allow the government to use oil and gas export proceeds for longer-term investments and sustainable job creation rather than ongoing expenditures. However, Rouhani’s program does not clarify what other revenues could be allocated to the treasury. Currently, Iran’s government budgets are funded by oil export revenue, tax income and privatization proceeds. As privatization inflows are in decline, the only item that could be increased would be tax income — an instrument that may put pressure on corporate Iran at a time when the country needs jobs. Consequently, as long as the oil price hovers around $50 per barrel, it will be difficult to reduce the oil income allocation to the treasury. Therefore, it would be important for the government to clarify where the replacement revenues would come from. One possibility would be to fully implement laws and regulations that would oblige semi-state institutions such as military, revolutionary and religious foundations to pay taxes and hence increase the treasury’s revenues.

Among other objectives, Rouhani commits to further containing inflation and also providing financial solutions for job creation initiatives. Though some experts have argued that the contractionary policies to contain inflation have stifled economic growth in Iran, Rouhani’s economic team has found a balance between these two objectives, and it would be good news if the economy is managed in a way that inflation remains single digit. This would over time also improve the purchasing power of the middle class and reduce the social divide in the country.

Within the financial segment, the most significant policy guideline is to reform the banking sector. Here, Rouhani’s program states the following objectives: promoting the Central Bank of Iran’s (CBI’s) supervisory role, improving the government’s fiscal discipline, introducing appropriate monetary policies and improving the business climate for banks. To reform the banking sector and pave the way for an efficient reconnection of Iranian banks to the international financial system, the government and the CBI will have to fully implement regulations that would compel Iranian banks to observe the Basel banking norms, become transparent and compliant and regulate their approach to extending loan facilities. How challenging this task is can be witnessed in that Iran is considerably behind its own commitments within the action plan with the Financial Action Task Force.

Another important component of the plan is the reference to promotion of the capital markets. Fortunately, the plan recognizes the key role that capital markets need to play in providing capital to entrepreneurs and industrialists. Evidently, the development of nonbank financial resources will create the needed competition for the money market and put pressure on banks to offer more reasonable terms for loan facilities and borrowing. Obviously, such profound reforms would require a comprehensive understanding of the legal and operational approaches to prevent future embezzlement and corruption.

Incidentally, one main objective of the program is the commitment to fight corruption. While this objective has been on the government’s agenda since 2013, the results have been unsatisfactory. As has been argued before, major political and structural reforms — including sufficient oversight over the activities of political operatives such as lawmakers — will be needed to push back against corruption. It remains to be seen whether Rouhani will use his new mandate to push for such reforms. However, even without some of the needed political changes, the top goal must be to get rid of the two-tiered exchange rate system that has been one of the main sources for corrupt dealings in the country.

Finally, the program points to two policy areas that could become game-changers in the trajectory of economic development in Iran: promoting tourism and strengthening the internet infrastructure in the country. The positive impact of growth in tourism on job creation has already been felt in the past two years, but for this trend to continue the government needs to pave the way for investments in the tourism sector, including the promotion of health and sports tourism. Meanwhile, strengthening the country’s information technology (IT) and internet infrastructure will facilitate the growth of IT-based entrepreneurship — a unique opportunity for Iran’s young, educated and dynamic population. Evidently, these two sectors (tourism and greater internet availability) face opposition from the arch-conservative segment of the country’s political structure, but Rouhani needs to stand firm and argue that the job and wealth creation value of both sectors are necessities in a country that is facing significant youth unemployment.

All in all, Rouhani’s developmental plans for the next four years are nuanced and progressive, but the reforms need to go hand-in-hand with a series of political, legal and structural changes to become effective and sustainable. It is now hoped and expected that he will use the stronger mandate of his re-election to implement necessary reforms to pave the way for the country’s future progress.