For privatization to succeed in Iran, the government must empower the real private sector as opposed to semi-state entities. 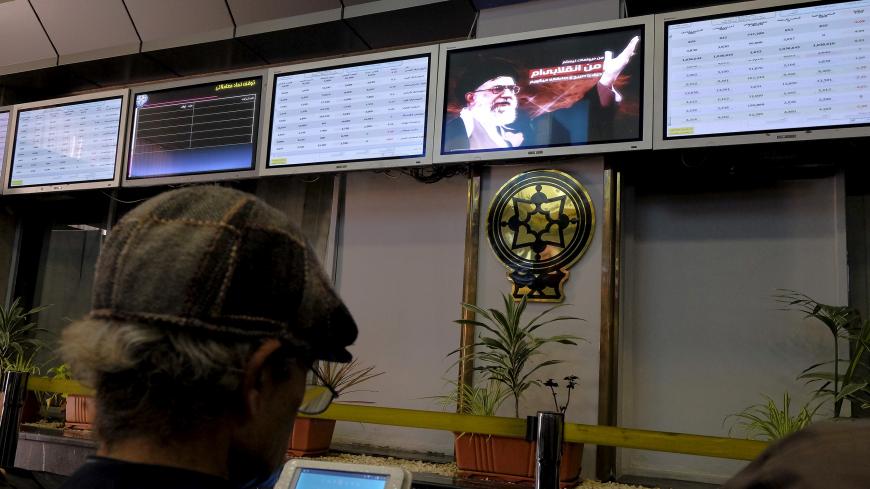 One of the impacts of the current US sanctions on Iran is the loss of income as a consequence of lower oil export revenues. To make up for the lost inflows into the state budget, the government has increased its efforts to sell its shares in large Iranian enterprises. Since most of the shares sold on the capital markets end up in the hands of semi-state entities, the process will have both economic and political consequences.

Privatization has been on the Iranian government’s agenda since the early 1990s, but it faced major legal obstacles until the mid-2000s. Indeed, Article 44 of the Iranian Constitution, which calls for all major industries to be dominated by the government, impeded the process.

As such, the path to a higher volume of privatization was paved in 2004, when major regime figures, including Supreme Leader Ali Khamenei, agreed on how to withdraw the government from major economic activities. Essentially, the new interpretation of Article 44 defined the government’s dominance through control over all regulatory entities as well as a minimum 20% share for the government in all privatized entities.

While the government has maintained monopolies in select industries — such as upstream oil and gas and tobacco as well as all regulatory entities such as the Central Bank of Iran, Central Insurance, Civil Aviation Organization and Data Services Company of Iran — through a gradual process, it reduced its stake to 20% in most other entities. Select banks, such as Bank Melli and the so-called specialized banks, were also exempt from privatization.

The idea of maintaining a minimum 20% was based on the desire to control at least one board seat in each key enterprise. In reality, the government has, in many cases, control over two board seats, because a minimum of another 20% bloc of shares is allocated to so-called Justice Shares, which are theoretically owned by private citizens, but the voting rights of such shares are exercised by the government as a “trustee,” hence giving more controlling power to the government, despite privatization.

In reality, in all companies where there is a 20% bloc of Justice Shares, the government principally controls two out of five board seats and remains relatively powerful in key decisions. Only in those cases where the remaining 60% is controlled by a powerful semi-state institution (such as one of the military, religious or revolutionary foundations) does government become the real minority shareholder.

Looking back at the privatization performance since 2005, it becomes clear that the process has faced extensive criticism from various political stakeholders. Many political entities, such as parliamentarians and state technocrats, have objected to the fact that most of the interests are going to semi-governmental entities, including military organizations. In essence, the real private sector has stayed away from buying shares of public companies.

Another criticism about the process is that in most cases semi-state organizations were not equipped to own and manage strategic entities such as power plants, refineries and petrochemical complexes. It is not a secret that these transfers led to a greater degree of mismanagement and corruption in key sectors. Essentially, through a flawed process, government monopolies became semi-state monopolies. One good example is the telecommunications sector, which is heavily controlled by IRGC-affiliated companies.

Interestingly, an analysis of the nominal value of privatization in Iran since 2005 (a total of 1,600 trillion rials or about $38 billion at the current official rate of rial 42,000 to the US dollar) indicates that only 60% of the total sum has been injected into the Treasury, while the remaining 40% has been used to issue Justice Shares as well as settle the government’s debt to various social security and pension organizations.

Furthermore, if one assesses the privatization process as a policy to reduce the size of the executive branch and facilitate greater infrastructure investments and higher government efficiency, then it has been a failure, because the share of government companies in the overall state budget has grown from below 60% in 2005 to about 75% in the current Iranian year.

In addition, the arrest of the former head of the Iran Privatization Organization, Ali Ashraf Pouri Hosseini, and various corruption accusations against the entity underline the challenges in preventing corruption within the country’s opaque political relationships.

Against the above backdrop, the Hassan Rouhani administration has engaged in attempts to generate some needed revenues from new share transfers through the Tehran Stock Exchange. The budget law for the year that started on March 21, 2019, foresees the generation of $2.5 billion revenue through privatization. On the one side, this approach will face similar challenges and will further empower semi-state economic players. On the other side, the government has to push back against genuine legal obstacles.

Consequently, the government can mainly engage in the sale of those companies where it still has a higher than 20% shareholding. The authorities have also announced that the Justice Shares will be tradeable on the stock market, which won’t generate any income for the government, but rather for the individuals who officially own those shares.

As such, it is valid to argue that one of the below scenarios will emerge: A) The current privatization plans will be impossible to achieve, which would lead to a greater budget deficit, in itself causing further inflationary pressures on the economy. B) To achieve its own financial objectives, the government will have to transfer more of its assets to the semi-state sector, which will change the overall balance between the key networks of power in the country.

Both of the above scenarios will work against the interests of the genuine private sector that remains the key driver of growth and job creation in the Iranian economy.

A recent publication has underlined that the main weakness of the privatization process has been that the real private sector — and also the petty investors — have stayed away from participating in the process.

As such, the government will have to start looking at privatization as a comprehensive strategy that would include improvements in the business climate to use the platform to empower the genuine private sector rather than semi-state entities.