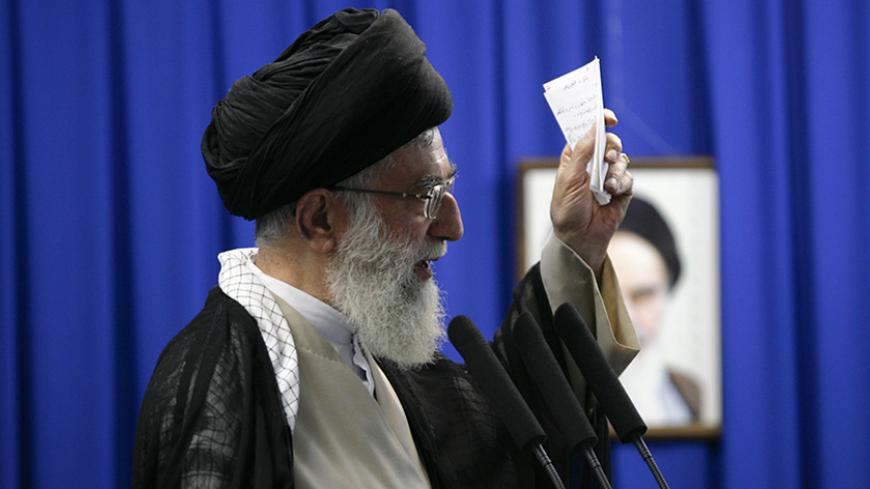 Iran’s Supreme Leader Ayatollah Ali Khamenei warned Iranian officials against manipulating statistics when it comes to the economy. In attendance at the speech were members of the Hassan Rouhani administration, who have been at the center of a minor controversy over economic growth.

“Sometimes various centers state different statistics about the unemployment rate, the rate of inflation or the economic growth, and this issue causes the people to lose confidence,” Khamenei told members of the Supreme Statistics Council, the General Census of Population and Housing and the directors of the Statistical Center of Iran. The highest-ranking official present from the administration was Mohammad-Bagher Nobakht, who heads the Planning and Budget Organization.

He added, “Unfortunately, the country is behind with respect to collecting statistics and some officials are not informed of the truth and real statistics by specific centers.”

Khamenei also focused on how to address the economic problems in the country, saying, “The real cure for the country’s problems is the resistance economy.” An economic plan first introduced by Khamenei’s office in 2014, the “resistance economy” calls for an emphasis on domestic production, a knowledge-based economy and reducing vulnerability on gas and oil exports.

In an indirect critique of Rouhani’s attempts to open up the world economy to Iran after the nuclear deal that reduced economic sanctions on the country, Khamenei said, “Even if the entire world opens up to us but our economy is not domestically focused, this equation is a failed equation.” He added, “The necessity for the realization of economic resistance is the existence of precise statistics and information on domestic production, manufacturing firms and their needs.”