An Iranian film on the Prophet Muhammad by acclaimed director Majid Majidi has been wrought with religious, financial and political issues. 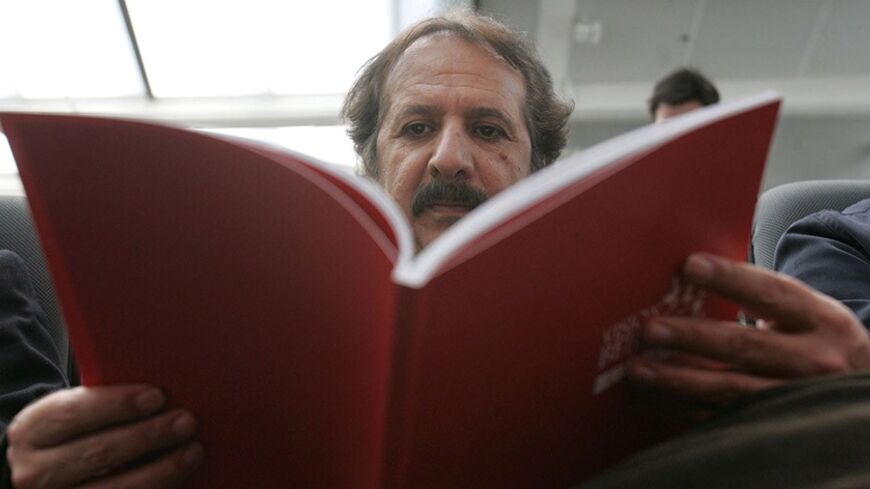 TEHRAN, Iran — Thirty-three years after the famous Syrian film director Moustapha Akkad made a film about the life of the Prophet Muhammad, internationally acclaimed Iranian director Majid Majidi is bringing back the story of the prophet's life to the big screen. The pre-production process started in October 2007, and the first draft for the screenplay was ready in March 2009. The production team had predicted that by the end of winter 2013 the film would be ready. However, it appears that it will not be ready even by the end of winter 2014. This past summer, Majidi promised that the film would be ready and submitted to the 2015 Fajr International Film Festival, the most important film festival in Iran.

Even before its release, Majidi’s film on the prophet of Islam has already created controversy. There have been rumors that Majidi had planned to show Prophet Muhammad’s face in the film. The conservative clerics in Iran, and even in Egypt, are rather sensitive to the idea of venerated religious figures being visually depicted. For example, Ayatollah Sobhani, a Shiite Marja (source to imitate/follow), had already expressed his opinion on the depiction of the prophet and the infallible Shiite imams as follows: “Those people who are playing the role of one of the infallibles are not infallible themselves. Most certainly, they have many shortcomings. So how can they behave and speak as if they are one of these infallibles, and how can people observe them and try to learn from their manners and behavior?”

Majidi has repeatedly denied this rumor and during an interview with Fars News Agency said, “Because of my own beliefs, I am not, and was never, planning to depict his holy image in my film. These rumors are completely unfounded.”

A cleric in Tehran who follows cultural issues, and spoke to Al-Monitor on the condition of anonymity, said: “The clergy, regardless of the religion they belong to, are not very comfortable with the idea of depicting a holy figure. I don’t think that any of the previous popes, with the exception of Pope Francis who is very avant-garde, were very happy with the idea of Jesus being depicted in Hollywood and European films. Muslim clerics, both Shiite and Sunni, basically feel the same way." He continued, “On the other hand, Shiites are more sensitive about this issue. For example, during the 1990s, when Davood Mirbagheri directed the series "Imam Ali," he did not show the imam’s face. Naturally, Majid Majidi wouldn’t dare to break such a great taboo either, particularly in a theocratic system and given the large budget that the establishment has provided him with."

Another controversial aspect about the film is the choice of the director himself, its ballooning budget and the 2009 election campaign advertisement Majidi created for Mir-Hossein Mousavi, the Reformist leader currently under house arrest.

Majidi considers himself a filmmaker of the Islamic revolutionary period. His career began in the 1980s by acting in films that promoted the ideology of the Islamic Republic of Iran. In one role, he played a disillusioned communist, and another time he played the role of a teacher who was also a member of Hezb-e-Tudeh (the Party of the Masses, or the Communist Party of Iran).

Directing the film "Children of Heaven" brought Majidi international fame. He later established himself as an auteur filmmaker with films such as the "Color of Paradise" and "Baran." A film critic in Tehran said of Majidi’s work in an interview with Al-Monitor, “He has an impressive resume. Films such as the "Color of Paradise," "Baran" and "Children of Heaven" are not films that one can easily forget. He has won numerous awards, both inside and outside of Iran. "Color of Paradise" was the first Iranian Oscar-nominated film. Almost all of his films are inspired by Italian neorealist cinema.”

That being said, this critic believes that Majidi’s previous works have all been low budget and he is thus not suitable to direct historical and epic films. “Personally, I am not very optimistic about this very professional and expensive project about the life of the Prophet Muhammad. He [Majidi] does not have any experience in high-budget filmmaking,” the critic states.

Keyvan (pseudonym), a young independent Iranian filmmaker, does not view Majidi’s previous works positively. In an interview with Al-Monitor he said, “His films are either about kids or the disenfranchised, and he has a very reactionary and sentimental view — village versus city, poverty versus wealth, simplicity versus luxury). Basically, he holds a Manichaean view of the world, searching for a lost spirituality. The simple people and sad scenes of his films have of course made him popular in the West."

It appears that this film about the Prophet Muhammad has been a very expensive project compared to other Iranian films. Keyvan says, “He [Majidi] received 40 billion tomans [$13.59 million] at the beginning but, eventually, the number ended up somewhere between 200 to 400 billion tomans. No one knows the exact figure,” says a journalist who has been following Majidi’s project from its onset. He says, “Let's not forget that in Iran we have never had a film with a budget bigger than seven or eight billion. But now, we are dealing with a budget of 400 billion tomans. This is equal to the budget for a well-made, and rather expensive, Hollywood film.”

That Majidi would receive this much money from the government despite having supported Mir-Hossein Mousavi, who turned into an opposition figure, in the 2009 elections by making his campaign advertisement has raised eye brows. Keyvan continues, “Majidi was completely against [President] Mahmoud Ahmadinejad, but he made a very neutral film about the importance and value of the 'Sacred Defense' [the official Iranian sobriquet for the Iran-Iraq War], which worked well with Mousavi’s reputation as a moderate before the elections.” At the Esfahan University of Technology, prior to the elections, Majidi once said, “I believe that it would be a great blessing for this nation if Mr. Mousavi is elected president.” Keyvan adds, “However, after the elections, and the unrest that followed, he betrayed the Green Movement and visited [Supreme Leader Ayatollah Ali] Khamenei, who was against the Green Movement.”

In September 2009, while a large number of the famous and celebrated filmmakers refused to go and visit the supreme leader, Majidi was one of the most famous figures who attended the gathering and also gave a speech. He even cried and complained to Khamenei: “I don’t feel well these days.” Khamenei then personally consoled him and said, “Next to this hell, there are also heavens, do not forsake them.”

A political activist who is a member of the Islamic Iran Participation Front (Jebheye Mosharekate Iran-e Eslaami) said in an interview with Al-Monitor, “Majidi visiting Khamenei and then crying was really shameful. It is obvious that he doesn’t care about anything but his own personal benefit. People were dying in the street and were counting on the intellectuals and artists to support them; he turned his back to the people and Mir-Hossein Mousavi.”

In spite of his good relations with Khamenei, Majidi was not very happy with Ahmadinejad and his administration. Nonetheless, he waited until Ahmadinejad finished his term before criticizing him. In an interview with the Arabic-language Al Mayadeen TV channel, he said, “Unfortunately, different ideas and tastes come and affect the course of affairs. This is how it was during the eight years of Mr. Ahmadinejad’s presidency. I always objected to their handling of cultural affairs. They had a very superficial view of culture and during those eight years, arts and culture were seriously and irreversibly damaged.” He also strongly criticized the pre-revolutionary cinema of Iran and said, “The fact that the revolutionary masses attacked the film theaters shows that they didn’t think of cinema as their own.”

One of the other important issues about Majidi’s latest film is that he has made it in complete silence and without any news coverage. He rarely allowed journalists to report from his filming locations. Someone who knows Majidi personally, talking on the condition of anonymity, said to Al-Monitor, “Majidi is taking himself very seriously. I have heard that he is not talking to his actors face to face, and that they need to talk to his assistant. There are three reasons why he is making this film in secret. One is that the he is concerned about the sensitivity of the issue and is afraid that the Sunni clerics might object to it. The second reason is that if the new [Hassan Rouhani] administration were to find out he is making this film, they could cut his budget. The third reason is that he just likes to appear mysterious and secretive.”

This film, after all, will be the first of three films about the prophet, focusing on his childhood. But given the budget, and religious and political controversy, Majidi is facing his biggest challenge as a director, whenever the film is released.