“Muhammad: The Messenger of God” opened in Turkey to mixed and emotional reviews. 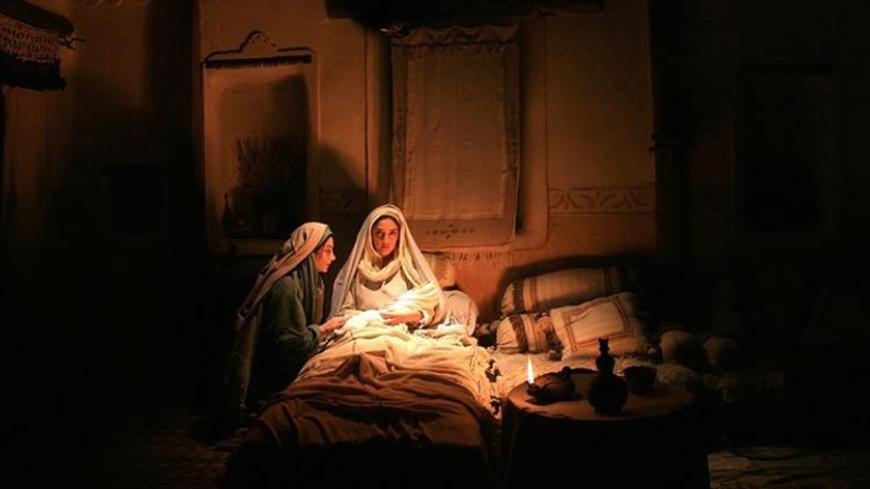 A scene from “Muhammad: The Messenger of God” depicts the birth of the Muslim prophet. - Facebook/MuhammadMovie

“Muhammad: The Messenger of God,” a film by the Iranian director Majid Majidi, opened in Turkish theaters Oct. 28, selling a remarkable 261,376 tickets in its first week. Reviews for the film, which focuses on the childhood of the Islamic prophet, have varied, particularly those by Islamists, for whom portrayals of the prophet in popular media come with high stakes.

Islamists have assessed “Muhammad” in terms of the role of religious sensibilities in its content, including scenes of miraculous events, as well as concerns of off-screen sectarianism and politics. Some critics have dismissed the film entirely on the ground that it is cinematic art with “Western roots.” On the other hand, Hayrettin Karaman, a respected religious authority in conservative Islamist circles, approved of the film when he viewed it last year.

As some Islamist critics seethed with rage, Majidi’s film titillated the fancy of many other conservatives, who praised his efforts. Nihal Bengisu of HaberTurk wrote, “I didn’t love it, but I liked it,” and Ozlem Albayrak from Yeni Safak advised, “Let’s not be too cruel.”

Much of the criticism involved accusations of “Shiite propaganda.” Yeni Safak pundit Yusuf Kaplan invited readers to stand up against Majidi’s film, which he called the “last hoop in a corrupting plot.” For him, the aim of the film is to present Shiism as a catalyst of interfaith dialogue and love, while portraying Sunnism as uncompromising and creating terror.

Kaplan also slammed Majidi’s “Hollywood-like style” that exhibits more Western than Islamic sensibilities and condemned the portrayal of Prophet Muhammad by an actor. Most dangerously, wrote Kaplan, the aim of the film is to create and legitimize “Muslim iconography” similar to Christian practices, which would lead to “theological-ontological catastrophes like protestantization and paganization of religion.”

Adopting a similar tone, the writer and historian Iskender Pala told the press that the state of Iran had provided funding for the film and positioned the production as part of the current sectarian struggle in Syria and the broader Middle East. Even if the Shiites lose the wars in Iraq and Syria, Pala asserted, they will “unfortunately win the war with cultural wars.”

Other conservative writers had more positive takes on the film. One of them, Alaatin Karaca, with Karar, did not view the production as propagandist. Religious and sectarian sensitivities are impossible to separate from aesthetic preferences, wrote Karaca. Hence, he wrote, “It is impossible for Majidi to completely discard his Shiite sensibilities!” He added that the same applies for Sunni directors.

Sabah's Hilal Kaplan voiced a negative opinion toward some scenes, including the represention of Muhammad as a healer and narratives of miracles that do not exist in the Islamic sources and are more akin to Christianity. Yet, she saw no elements of Shiite or Iranian propaganda in the film. Rather, she expressed hope that films like “Muhammad” will motivate Sunni Muslims to undertake visual projects — the most influential communication tool of our time — about the prophet’s life. “In this sense, I find the film both informative and inspiring of competition,” Kaplan wrote.

Much discussed in the debate over Majidi’s work is its physical portrayal of Muhammad. It's handled subtly: His face is never shown, but at times parts of his body are. Even this was too much for hard-core traditionalists, who condemned “Shiite laxness” in their religious sensibilities. In fact, to comport with Sunni Turkish sensibilities, the voice of Muhammad was muted in the Turkish version of the film and replaced with subtitles, but even this went too far for some.

An article in the Milli Gazete, a mouthpiece of the Islamist Felicity Party, included comments by theologian Cevat Aksit, who slammed the film, saying that no Sunni scholar could justify any kind of imagery of the Prophet Muhammad. “You know, Christians put Jesus Christ’s photo in front of them and worship it. If with this kind of film you work to depict and represent the Prophet Muhammad, it becomes Christian tradition.” Aksit reminded that the faces of Muhammad’s companions, among them Abu Bakr and Umar, are not supposed to be shown either.

“Religion is not a toy,” argued Aksit. “Our savior prophet cannot be made into a part of popular culture. He can never be made a commodity.”

The Directorate of Religious Affairs faced strong criticism from angry Islamists for not condemning the film. In response, the directorate released a statement Nov. 3 denying rumors that it played a prominent role in the film's making and financing. The statement also read that as much as the film allegedly reflects historical facts about Muhammad’s early life, some parts and scenes in it stray far from the truth, and certain fictive elements stand out.

The directorate confirmed that there had been communication and contact with the film’s writer and director during the screenwriting and claimed that its thoughts and comments about problematic parts were partially taken into account. The statement also strongly advised that people avoid sectarian rhetoric while the Muslim world is going through one of its most difficult periods.

Only a few columnists reminded readers of a fundamental point: There are no good films about the founder of Islam, except perhaps “The Message,” made in 1976 by Moustapha Akkad. Moreover, whoever tries to make a film about the prophet's life invariably gets slammed by fellow Muslims.

In this light, Nihat Hatipoglu, a scholar and TV commentator on religious matters, addressed a few comments about the film in an article for Sabah and noted some of the film’s positives. In regard to talk about the director’s Shiite roots, he asked, “What did Sunni countries or directors do other than censure the film?” Considering that more films will come, Hatipoglu suggested that it is best to seek ways to cooperate by getting in touch with filmmakers and making collaborative films true to Islamic sources that will not illustrate the prophet or disrespect his companions.

Hilal Kaplan mentioned rumors of Qatar’s readiness to invest $1 billion in a seven-part movie series on the life of Muhammad and the other Abrahamic prophets and asked sarcastically, “What are we doing? Heated discussions about the film's technicalities. … Bravo for us.”

Pala said, “If only we could have made 50 films on the topic by now!" He revealed his plans to write a 30-episode series about Muhammad as seen through the eyes of 30 companions. “Rather than wasting time discussing Majidi’s film,” he wrote, “it would be better to discuss how we can make better, truer and more beautiful ones.”

The debate over Majidi’s film — which has also inspired criticism from the grand mufti of Saudi Arabia and Al-Azhar University as well as a fatwa against Majidi from Indian clerics — has brought to light some of the major issues in the Islamic world today. Respecting the imperatives of the religion is unquestionably important to Muslims, but sectarian biases, suffocating taboos and obsession with conspiracies against Islam sometimes cripple them from producing art, even in the service of their faith. Alas, it even stops them from sitting back and enjoying a film that does nothing but venerate their beloved prophet.