Iran's $40 million movie, is anyone watching it?

The most costly film in the history of Iran's cinema has been on the silver screen for just over a month, but what do Iranian viewers think of it? 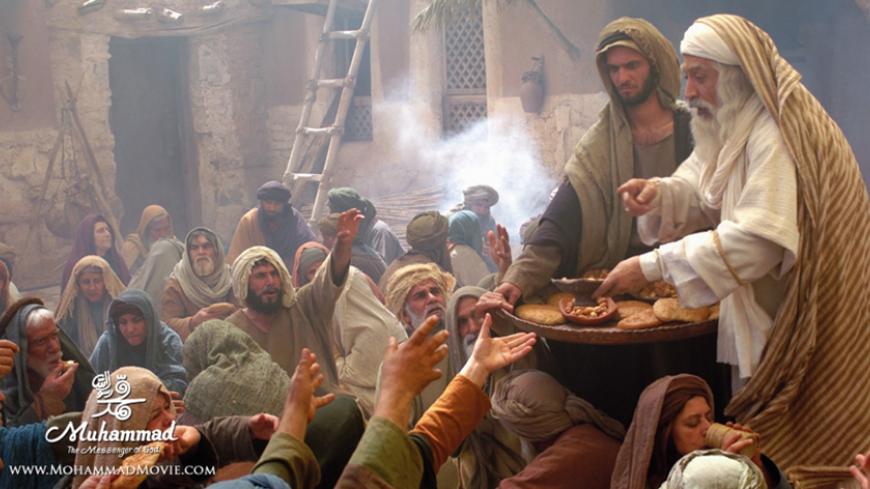 A promotional image depicts a scene from the Iranian film "Muhammad: The Messenger of God." The film by Majid Majidi is the most expensive in the history of Iranian cinema. - Mohammadmovie.com

TEHRAN, Iran — It has now been just over a month since renowned Iranian film director Majid Majidi’s “Muhammad: The Messenger of God” first showed in cinemas across Iran. Yet despite the support of Supreme Leader Ayatollah Ali Khamenei and Principlist media, it appears that film critics and movie-goers alike aren’t too happy with Majidi’s latest production. Despite high sales, the film is being viewed as a box-office failure considering its huge budget.

On a recent Thursday evening — the equivalent of Friday night in Western capitals, as Iran follows the Islamic calendar — a crowd had gathered at Tehran’s glitzy Mellat Cinema Complex, located alongside Niayesh Highway. A diverse crowd was anxiously waiting to see the film about the prophet of Islam at 9 p.m. In line were young women and men who were sporting the latest fashions — wearing loosely draped scarves while smoking cigarettes — and young clerical students were holding rosary beads while serenely chatting among themselves.

Alireza Nazari, one of the clerical students there, told Al-Monitor, "I’m very excited. Seeing a film about Islam’s prophet is truly a blessing." He added, "Since we know the film features special effects, we decided to come all the way from southern Tehran to Mellat Cinema as it has very good audio-visual facilities. After all, how often does one get the chance to come and see a film about his mawla [master]?”

Majidi proposed the idea of a film about the Prophet Muhammad back in 2007. After an eight-year journey, he eventually brought the most expensive film in the history of Iran’s cinema to the screens — spending more than $40 million on its production.

Majidi’s film has found unique supporters both within Iran’s ruling clique and those in the opposition. Khamenei as well as Mohammad Khatami, Iran’s former Reformist president — who has been pressured by conservatives since the unrest in connection with the disputed 2009 presidential election — have equally expressed positive views of the film. Though Khamenei has not personally made any official comments about the film, Hossein Safar Harandi, an adviser to the commander of the Islamic Revolutionary Guard Corps who is part of Khamenei’s inner circle, has relayed the supreme leader’s deep interest in the film. In Safar Harandi’s telling, “After watching the film — which seems long and exhausting — the supreme leader said I am ready to watch it again from beginning to end with the same initial enthusiasm.” Separately, Khate Hezbollah, a publication distributed by the official website Khamenei.ir, featured a special report on the film in its ninth issue.

Meanwhile, among those in opposition, Khatami — the most prominent Reformist leader who is not currently imprisoned — issued a short note Sept. 23 in which he described the film as a “worthwhile and lasting” production in the field of cinema, and thanked Majidi for his work.

Of note, this convergence of views has not been seen among conservative state-sponsored and Reformist media outlets. The hard-line Kayhan newspaper, Fars News Agency and Mashregh News have in numerous reports tried to show strong support for Majidi’s film. On the other hand, Reformist daily Shargh published an editorial titled “Why did Majidi’s film not turn out to be what it should have?” — describing the film as very weak in terms of character, story development and casting. Shargh wrote that before "Muhammad: The Messenger of God" was released, there was hope that it would turn into something lasting in Iranian cinema, but that “this hope has been lost.”

Prominent Iranian film critic Masoud Farasati has also slammed the film, calling it “bad, defaced and very vague.” The opinions expressed by Farasati and Shargh align with those of movie-goers such as Alaleh, who lives in Mashhad — Iran’s second-most populated city and home to the country’s most important shrine. She told Al-Monitor that she was bored by the film. “The film really got on my nerves. I wanted to leave the cinema several times, but thought it would be rude. I was really bored. What’s the point of spending three hours on the prophet’s childhood when nothing dramatic happened in those years?” Alaleh lamented.

Of around 10 movie-goers in Mashhad who spoke to Al-Monitor after watching the film, not a single one described it as a masterpiece or a production that would be remembered. Perhaps one reason for this is the Iranian people’s love for Moustapha al-Akkad’s classic “The Prophet,” which in the past two decades has been aired on Iranian TV at least once a year — either on Mab'ath, the day the Prophet Muhammad was appointed to the prophetic mission, or on the occasion of his birthday. “Akkad’s film is a collective memory we Iranians share. We expected Majidi to create a new cinematic memory of the prophet for us, especially with all the money he has spent on this film,” Mohammad, who is an architect, told Al-Monitor. He added, “There was nothing of the prophet’s wars or his conquest of the holy city of Mecca or any other notable thing in the film.” Indeed, the film merely depicts the first 13 years of the prophet’s life.

In spite of the criticism and disappointment, box office sales of “Muhammad: The Messenger of God” have been unprecedented in the history of Iranian cinema. The film has so far generated a record 90 billion rials ($3 million). Yet one film critic in Tehran told Al-Monitor, “Although this figure is high, it should be noted that Iranian comedy ‘Nahang-e Anbar’ [‘Sperm Whale’] that was produced with a maximum budget of 4-5 billion rials [$133,000-$166,000] also earned 60 billion rials [$2 million] last month. We shouldn’t forget that Majidi’s film has been greatly advertised across the city and on the state broadcaster. Close to 200 venues, or 186 to be exact, are showing this film. That’s about the same as the total number of venues for all other films that are shown now. Also the tickets for this film were 70% more expensive than that of other films in Tehran. Its budget was more than 1 trillion rials [$33 million]. Majidi’s film is a box-office failure.”