Israeli Foreign Minister Avigdor Liberman pulled out this week in perfect timing his 10-year-old plan for a land swap, which is both innovative and original and should give a boost to the stalemated peace talks. 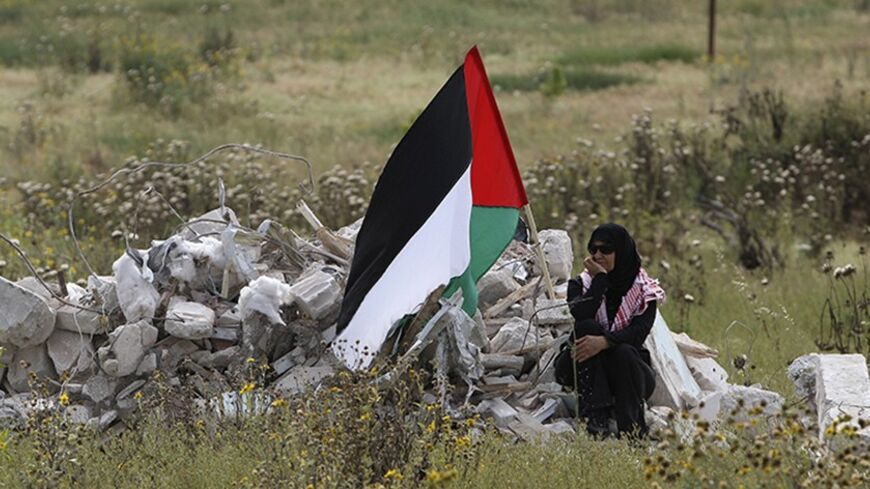 Published about a decade ago, the plan by Israel’s incumbent Foreign Minister Avigdor Liberman for a land swap provoked a large public storm in Israel back in the day. Liberman, who at that time was construed to be a radical right-wing figure and an intransigent peace refusnik, told me in an interview (during which the plan was unearthed) that he would be willing to evict his home in the settlement of Nokdim in exchange for true peace. Declaring that he was not opposed to the establishment of a sovereign Palestinian state, he asserted that Israel had no need for the Arab neighborhoods of East Jerusalem. Achieving social cohesion between the right and the left in Israel, he added, was far more important than letting the political blocs in Israel hunker down behind their respective truths.

The plan he presented was both innovative and original. In the setting of the land swap with the Palestinian state, Liberman maintains his insistence that Israel hand over areas that are densely populated with Arab Israelis. He was referring to the Wadi Ara area that is home to some of the country’s largest Arab-Israeli towns, as well as to the Triangle, (including the towns of Taibe and Tira), which also consists of a large Arab population.

In return for these areas, Liberman contended, Israel would annex the large settlement blocs in Judea and Samaria, thereby striking a balance between the two states — Israel and Palestine — and allowing the peace agreement to begin on a solid footing.

As noted earlier, quite a few years have gone by since then. Israeli prime ministers came and went. Espousing a more radical right stance, Liberman spent most of his time bickering with Israeli Arabs and their brethren from the region, as his plan slipped to the sidelines. In recent years, when asked in closed forums about his diplomatic plan, he replied that the “topic was irrelevant.” Liberman took many shots at Palestinian Authority Chairman Mahmoud Abbas (Abu Mazen), declaring almost on a weekly basis that Israel had “no partner for peace.”

In recent weeks, Liberman’s school of thought made another about-face. Having presented his [original] diplomatic plan to US Secretary of State John Kerry, he told Israeli ambassadors at a meeting on Jan. 5 that he would not support an arrangement that would not include the idea of a land swap. In the interim, it has become apparent that at this time Liberman is the most significant force from Israel’s right-wing circles to side with Kerry.

The Israeli foreign minister says wholeheartedly that Kerry brings the best proposal Israel has seen to date or probably ever will from the international community, and that it should not miss the opportunity. According to Liberman, Kerry “goes with the Israeli flow” on two key issues: the security arrangements and the demand to recognize Israel as the Jewish state.

Liberman also fully understands Kerry’s intimations inside the room to the effect that if his efforts come to naught, the United States will abandon both sides to their (bitter) fate. The Palestinians will lose US financial support. Their embassy in Washington will be shut down and the US Congress will launch an anti-Palestinian legislative campaign. Israel, on the other hand, will stand to lose even more. The United Sates — it was intimated — would stop casting an automatic veto in Israel’s favor. With European pressure mounting, the international community will turn Israel into a pariah state while the United States will remain on the sidelines having a clear conscience. “We did warn you, didn’t we?” the Americans will say.

Israeli Prime Minister Benjamin Netanyahu and Abu Mazen are now facing this harsh dilemma. They’re both leery of the US proposal. Neither one has enough personal and political strength to embrace it, yet they both know that the alternative is much worse. It is against this backdrop that we would be well-advised to briefly return to Liberman’s [original] plan. In my humble opinion, despite the identity of its proponent, there isn’t a more pragmatic and logical proposal to resolve the conflict than this one.

Many of those who hear of his proposal immediately cry out “transfer,” announcing that according to international law a state cannot unilaterally revoke the citizenship of its residents. Well, there is no such intention. According to Liberman’s proposal, Israel willingly concedes parts of its territory. The Arab citizens in those areas will have a choice. They could remain Israeli citizens, while relocating to other areas within Israel. They will receive reparations similar to those awarded to displaced Jews who were evicted from their homes and land during the disengagement from the Gaza Strip. Those who will ultimately decide to remain in their home and on their land will be given Palestinian citizenship. Israel will not force any of its citizens to give up their Israeli citizenship. However, they will face a tough choice.

At the same time, according to one of the proposals, those Arab citizens who nonetheless choose to remain in their home and become Palestinians will be able to continue collecting their allowances and benefits from Israel until their passing. It is possible that the Palestinian Authority will be the one to pay them what Israel had been previously paying, while being indemnified in return by the international community. Consequently, even those who become citizens of Palestine will stand to lose nothing during their life. However, their children and grandchildren would no longer be Israelis but rather Palestinians.

This proposal has a great deal of common sense. The Arab minority in Israel accounts for some 20% of the population, while continuing to grow at an impressive rate. This is a minority that poses a threat to Israel’s stability as most of the Arab citizens of the Jewish state declare themselves to be Palestinians. They identify with the latter, participating — either actively or passively — in the Palestinian struggle.

There’s no reason, Liberman maintains, why on the one hand a Palestinian state based purely on the Palestinian population should be established — after all, Abu Mazen refuses to let Jews live under his sovereignty — whereas Israel, on the other hand, should continue to exist as a binational state.

Liberman cites many examples, chief among them Cyprus. To solve this kind of an ethnic-national-religious conflict, he opines, the populations should be separated. In Cyprus this was done simply: the Turks to the north and the Greeks to the south. Even though the implementation process was hard, the result was nonetheless successful and thriving.

A large minority that identifies with elements outside the country — many of whom fight Israel — chips away at the state, having a serious adverse effect on Israel’s stability and a future agreement’s chances of success. If Arab Israelis, who call themselves Palestinians, work so diligently on establishing a Palestinian state, there is no reason why they would not want to become its citizens. This can all happen without even one of them being evicted from his home or land, and without having their financial rights taken away from them.

A few weeks ago, with perfect timing, Liberman pulled out his plan from the archives. His many years of legal strife had come to an end. Having returned to the Foreign Ministry at the midst of Kerry's fateful diplomatic mission, he left many in the political and regional map wondering about the true identity of the newly-born Liberman: Is he the old war-monger and pyromaniac or is he the pragmatic, level-headed and original figure? Well, it’s the latter.

A large part of Kerry’s optimism stems from the fact that he has an ally deep in Israel’s right-wing circles. His name is Avigdor Liberman. Although he did say that he would not support a permanent status agreement that would not consist of a land and population swap, we are, however, farther from a permanent status agreement even more than Kerry is from securing the Democratic Party’s presidential nomination at this stage. By the time we get there, and if we do, the plan and the conditions could be revamped.

It seems that Kerry does not rely on a permanent status agreement with the Palestinians in the foreseeable future either. The secretary of state has to have a notch on his belt. He needs to have a kind of a paper, some sort of an agreement on something so that he can continue his stampede. At this time, Liberman is his tailwind.