Residents of the Israeli-Arab town Umm al-Fahm fear that Israel will swap them for West Bank settlement bloc. 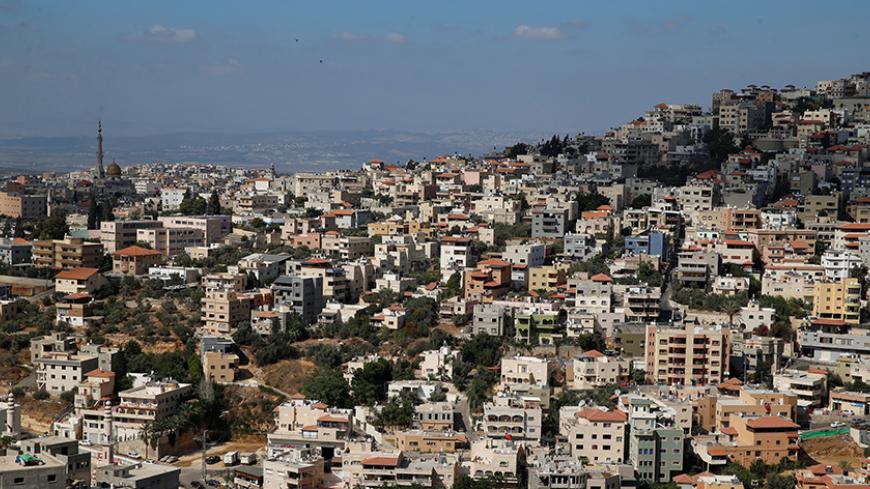 Prime Minister Benjamin Netanyahu ultimately backpedaled from his July 16 decision to place metal detectors near the gates to the Temple Mount. This flip-flop, which was viewed by politicians and journalists as capitulation to the Waqf (the custodian of Muslim holy sites) and the Palestinians, then caused Netanyahu to release a gamut of statements and proposals to pacify his right-wing electoral base. The prime minister announced that he would promote the death penalty for terrorists, even though he had opposed it in the past. He instructed Communication Minister Ayoub Kara to work toward the closure of Al Jazeera offices in Israel. He announced the resumption of construction work on a new settlement for the evacuees of the Amona outpost, which he had frozen earlier, and he instructed Defense Minister Avigdor Liberman not to evacuate the settlers who had broken into the Machpelah House in the West Bank town of Hebron. But perhaps the most dramatic announcement of all, one signaling a significant change in the prime minister’s stance, was his statement in support of Liberman’s idea of a territorial swap: The Wadi Ara localities would become part of the Palestinian Authority (PA) in exchange for Israel’s annexation of the West Bank settlements.

The funeral in Umm al-Fahm of the three terrorists who killed the policemen on the Temple Mount on July 14 was attended by masses of local Israeli-Arabs. Immediately afterward, Israel’s Channel 2 reported that Netanyahu had raised a proposal to the US emissaries to the region: The prime minister wants to annex the Etzion Bloc settlement localities in exchange for transferring the Wadi Ara territory — including Umm al-Fahm — to the Palestinians. Liberman had promoted a similar plan for many years, and he even made it the cornerstone of his campaign in the 2015 elections. As soon as he heard Netanyahu’s proposal, Liberman tweeted at him, “Welcome to the club.”

This was the first time that Netanyahu had ever uttered anything about annexation and the transferring of settled areas from Israel to the Palestinians. His words are especially significant when we take into account that they were not uttered in the framework of a peace agreement with the Palestinians, but as a proposal for immediate implementation outside any diplomatic agreement. The import of such a step would be the transfer of hundreds of thousands of Arab residents, many of whom are Israeli citizens from birth, to the PA.

Arab Joint List Knesset member Yousef Jabareen, a resident of Umm al-Fahm, told Al-Monitor in reaction to Netanyahu’s proposal, “The prime minister is continuing his incitement campaign against Arab citizens of Israel. This is a continuation of [Netanyahu’s statement on election day in March 2015] that Israeli-Arabs ‘are coming out in droves to the polls.’ Now he is playing horse dealer with citizens who received their citizenship by law because they reside in their homeland, as opposed to the settlers who live illegally on lands that were stolen from the Palestinians.”

Likud veteran Moshe Arens, the former defense minister in Yitzhak Shamir’s right-wing government, attacked Netanyahu and Liberman’s proposals. According to Arens, these proposals view Arab citizens not as human beings but as chattel to be bought and sold. In a Haaretz article on July 31, Arens wrote, “Adopting Defense Minister Avigdor Liberman’s idea and turning the city over to the Palestinian Authority is absurd. Its Israeli citizens cannot be divested of their Israeli citizenship … but the extremists in that city need to be identified and reined in before further damage is caused.”

According to data provided by Israel’s Central Bureau of Statistics for 2014, more than 50,000 inhabitants live in Umm al-Fahm. By contrast, only 21,000 residents live in the entire Etzion Bloc Regional Council and 19,000 live in the West Bank settlement of Ariel.

“We again come across something that is not new to us: that every settler in the territories is an important citizen, more important than us. We are like chattel to be traded in the souk,” said N., an Umm al-Fahm resident who works as a male nurse in the Valley Hospital in the northern Israeli city of Afula. Speaking on condition of anonymity, N. told Al-Monitor that for several years already, many youths living in Umm al-Fahm are embarrassed to tell their Jewish friends or potential employers that they live there because of the anti-Israeli reputation of the city in recent years. “Sometimes they say, ‘I live in Musmus [a small locality near Umm al-Fahm].’ Others stutter that they live in Afula, while still others claim in work interviews that they are from Haifa [or the Israeli-Arab towns of] Taibe or Tira.”

Samir, an inhabitant of Umm al-Fahm studying for a master’s degree in sociology at Haifa University, told Al-Monitor about a new phenomenon spreading among youth in the city who want to get married. He said that they worry about raising a family in Umm al-Fahm, where they might find themselves transferred to the PA one fine day. “Young people prefer to be matched up with partners who do not live in Umm al-Fahm. That way they will be able to move and live outside the city [after they get married].” According to Samir, who asked that his full name not be divulged, the few youths in the city who have regular jobs and economic security take pains to buy or rent an apartment in one of the other Arab localities in order to ensure their Israeli citizenship doesn’t get taken away.

“Most of the residents I know were outraged over the terror attack carried out by the three locals,” Samir said. He added that there is a reign of fear in Umm al-Fahm that was created by the extremist voices in the city. According to Samir, many inhabitants feel that Sheikh Raed Salah, the head of the northern branch of the Islamic Movement in Israel, which was based in Umm al-Fahm, inflicted irreversible damage on the city. Samir was disappointed to hear Netanyahu’s proposal about land and population swaps with the PA. “You get up one day in the morning to find out that now it’s not just Liberman, but even the prime minister, who is supposed to represent you. And instead of that, he says, ‘You aren’t welcome here.'"

Both Samir and N. project that more and more Umm al-Fahm youths will look for places to live outside their hometown. “We don’t want to live a conditional existence,” said Samir. “We don’t deserve that.”