Will Israel's defense minister hand over Arab town to PA?

Defense Minister Avigdor Liberman is campaigning again for the transfer of the Israeli Arab city of Umm al-Fahm to the responsibility of the Palestinian Authority. 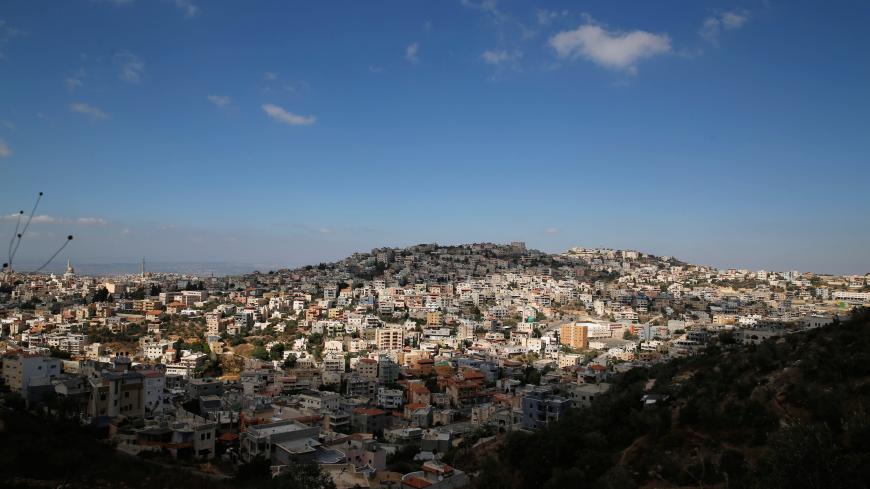 Talks over a long-term arrangement with Hamas is generating controversy even within Netanyahu’s coalition, with Prime Minister Benjamin Netanyahu and Defense Minister Avigdor Liberman championing the agreement but with Education Minister Naftali Bennett rejecting it publicly.

In fact, Bennett’s blatant attacks could have been the reason behind the Umm-al-Fahm campaign launched again by Liberman. Perhaps Bennett’s attack was why Liberman opened that old, time-tested front through which he could take a more bellicose position, as per his reputation.

Israeli Arab Ahmad Mahameed was shot dead in Jerusalem’s Old City when he tried to stab a policeman there. After his funeral in the Israeli Arab town of Umm al-Fahm on Aug. 21, Liberman tweeted: “Are you asking yourselves whether Umm al-Fahm should be a part of Palestine, instead of Israel? The very sight of all the hundreds of people who attended the local terrorist’s funeral, waved Palestinian flags, and chanted, ‘With blood and spirit, we will avenge the martyr!’ should finally answer your question. The plan I presented years ago for an exchange of territories and populations is more relevant now than ever.”

At a meeting of the Yisrael Beitenu faction later that day, Liberman added cynically, “There is no reason for Umm al-Fahm to remain part of the State of Israel instead of becoming part of Palestine. I am confident that they would enjoy the same freedom of expression and the same economic advantages under (Palestinian President) Mahmoud Abbas, and that they would benefit from Palestinian democracy at its best.”

Liberman was not only referring to the hundreds of people who attended the funeral. He meant all the people living in the town of 53,000.

Ahmad Mahameed was a member of one the town’s four largest clans. His family claims that the large numbers who attended the funeral (some 1,500, according to reports, or 10 times the number of participants approved by the police) were not there to show support for his attempted act of terrorism. One member of the clan, Ahmad Yunis Mahameed, told Al-Monitor that Ahmad Mahameed was an emotionally disturbed individual who was already known to the authorities. According to the family, the Israeli police were a bit too fast to shoot. There were other ways to neutralize him and prevent the attack instead of killing him. Furthermore, the family and many participants in the funeral were furious at a decision by the police to demand a 50,000-shekel ($13,700) bond and set strict conditions before the body was released. The police insisted that the funeral be held at night, that no more than 150 people attend, and that it last two hours at most.

Jamal Mahameed mediated between the family and the police over the release of the body. He told Al-Monitor that the family only learned about the real size of the crowd upon arrival at the cemetery. “How can anyone control the number of people attending a funeral?” he asked. He added that the many people who attended were mostly members of the same clan. Everybody knew that Ahmad was disturbed, and as such, he should not have been fired at; the incident should not have ended with Ahmad riddled with bullets.

Another member of the Mahameed clan was arrested during the wave of violence in October 2015. In that instance, Alaa Mahameed was involved in a vehicular and stabbing attack at the Allon Intersection, at the entrance to Kibbutz Gan Shmuel.

Then, in July 2017, three terrorists from the city’s Jabarin clan were involved in an attack on the Temple Mount compound in Jerusalem. Two Druze Border Patrol officers, Haiel Sitawe and Kamil Shnaan, were killed in the attack. In that instance, the bodies of the terrorists were only returned to their families after a Supreme Court ruling. The number of people attending their funerals also exceeded limits imposed by the police.

“We’re talking about a small percentage of participants [out of the total population of Umm al-Fahm], with only a handful of them calling for revenge and chanting slogans against Israel,” a member of the town’s Mahajnah clan, who asked to remain anonymous, told Al-Monitor. He said activities by the outlawed Northern Branch of the Islamic Movement, headed by Sheikh Raed Salah, have an obvious impact on the local residents. Religious extremism is increasing, creating divisions and rifts not only in the city, but even within individual families, which are sometimes divided between secular supporters of the Hadash (Communist) party and religious supporters of the Islamic Movement.

The overwhelming majority of Umm al-Fahm residents work in Israel’s Jewish towns and villages. While some have jobs in settlements close to Umm al-Fahm, others work in the big cities of Haifa, Tel Aviv and Hadera. Many of them work in construction, but a significant percentage have white collar jobs such as being lawyers, teachers, university lecturers and welfare workers. There are also quite a few residents of Umm al-Fahm who work in various medical fields in hospitals throughout Israel. They steer clear of religious fanaticism and do not feel alienated from the larger Israeli society. “Are they all terrorists?” asked another resident of the town from the Mahajnah clan who spoke on condition of anonymity. He said Israeli authorities, including the police, prefer to ignore negative phenomena in Umm al-Fahm, such as the way the Islamic Movement is taking over the town or the growing violence there. Then those same authorities use the results of their neglect to tarnish the entire city’s reputation.

Claims that the police and local authorities are not doing enough to reduce the level of violence in Arab society, while consciously ignoring the forces for good, is a major gripe voiced frequently by Umm al-Fahm’s residents. Following a string of violent incidents last year, the residents of the city held a demonstration in March 2017 demanding that the law be more rigidly enforced there. One resident, a member of the same Mahameed clan as the terrorist killed in Jerusalem last week, said: “Let’s say that 1% of the population is violent. Should the remaining 99% of the population end up paying the price of inaction against those gangs and criminals, who are trying to dominate the day-to-day lives of all the other residents?” In the same way, people in Umm al-Fahm are now saying that the entire population should not be condemned, nor should anyone suggest transferring them to the Palestinian Authority, simply because a tiny minority of people chanted anti-Israel slogans at the funeral.

Certainly none of this would be of any interest to the minister of defense. He prefers to fight for his own political career, particularly given his poor showing in the polls. That is more important to him than investing time and energy in putting together a plan to improve the situation in Umm al-Fahm, rein in violence and keep religious extremists away. “Hand Umm al-Fahm over to Mahmoud Abbas” is a more appealing slogan to his supporters on the right than “Make Umm al-Fahm a safer city.”