The campaign accusing Interior Minister Gideon Saar of being responsible for babies born through surrogacy in Thailand not allowed to leave should blame agencies and the parents instead. 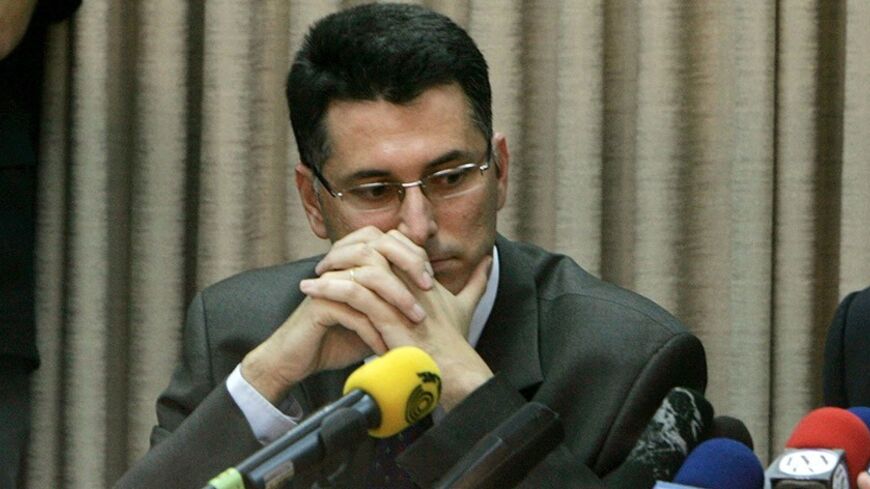 It has been impossible to avoid the well-publicized campaign being waged against Interior Minister Gideon Saar over the past few days, claiming that he is delaying the arrival in Israel of dozens of babies, born to Israeli parents through a surrogacy procedure in Thailand. Most of those parents are same-sex couples who are currently in Thailand with the children, whom they cannot bring back to Israel.

Saar, who is the father of a one-and-a-half-month-old baby, has become the immediate target of these babies' parents and a large group of celebrities who came out in support. Over the past few days, they have been holding demonstrations outside his home in Tel Aviv, waving signs with the slogan, “Gideon Saar, your baby is at home. Ours isn’t!”

Many photos have been posted on Facebook of actors, models, singers and media celebrities — such as Bar Refaeli, Noa Tishby, Assi Azar and Judy Nir Mozes — holding signs with the names of those children. The parents stuck in Thailand received further support for their struggle from major media outlets, which joined the efforts to help them return home with their newborns.

The impression of most Israelis is that Saar is being insensitive and is personally responsible for the babies not being able to come to Israel, and as a result not giving them access to medical care they may need at health clinics in Israel. It is easy to accuse Saar, given his tough policies in all matters relating to African refugees trying to gain rights in Israel. The problem is that in this particular case, Saar has nothing to do with the complex and difficult situation these parents face. If anything, they should complain first and foremost to the agencies that sent them to Thailand in exchange for a substantial service fee, without first checking Thailand’s laws pertaining to surrogacy. Then, they could partially blame themselves.

Actually, the parents and their families should be thanking Saar, the Ministry of the Interior and the Ministry of Justice, all of whom are currently trying to resolve the complex situation they have gotten themselves into. As of now, the situation could deteriorate into a diplomatic incident between the two countries or even implicate Israel in the crime of human trafficking. But the campaign of parents and babies against insensitive authorities is much more effective and more heart-wrenching than dull explanations about bureaucracy and procedures. Despite the facts, in a media war with model Bar Refaeli, Saar and his clerks have not got a chance.

To understand how these parents got themselves into this situation, it is necessary to look at the law. Israeli law does not permit same-sex couples to have a child through a surrogate mother. Ever since the 2000s, these couples have been going through surrogacy in the United States instead. While US law allows such surrogacies, it is an expensive procedure, costing about $100,000 per child.

The first Israeli child born through surrogacy immigrated to Israel from the United States in 2005. He was the only one that year. Starting in 2006, Israelis discovered India, where the cost for surrogacy is considerably less. In 2012 alone, 73 out of 126 babies born through surrogacy came to Israel from India. India became the preferred location, mainly because of its relatively low surrogacy cost: about $40,000 for a single procedure. This allowed more and more gay couples to become parents and for agencies serving as intermediaries to become part of a thriving business.

According to data from the Ministry of the Interior, not a single surrogate baby arrived in Israel from Thailand until 2012. Late that year, however, India announced that it had changed its laws, so that as of 2013, only heterosexual couples who have been married at least two years can go through the surrogacy procedure. India now no longer allows surrogacy for single parents and same-sex couples. However, the change to this law caught many families who had gone to India well in the midst of the procedure, or at least at the start.

Given the delicate situation, with the help of agencies these same parents subsequently went to Thailand. Some of them now say they were told the issue was verified with lawyers in Thailand, and that there should not be any problems. Actually, no officials were consulted, whether in Israel or Thailand. The parents did not really know the current standing of the issue and relied instead on a partial investigation by the agencies, which apparently used private lawyers.

The parents flew to Thailand, went through the surrogacy procedure and paid for it — the first babies were born recently. Then the problem came to light. While Thailand does not have any law regarding surrogacy, the legislation is in the process of being written, and a draft version of the law that will likely be passed completely prohibits surrogacy for commercial purposes. In other words, regardless of what their reasons might be, Thailand does not allow local women to get paid for carrying someone else's child.

It is unclear why the process of formalizing this into law has been delayed so far, though it is possible that the delicate political situation in the country is the culprit. What is clear, however, is that the problem has nothing to do with the fact that Saar is not issuing Israeli passports to these children. As long as the matter is not formalized with the Thai authorities, the Israeli Ministry of the Interior has its hands tied, just like the parents. And yet, regardless of any personal responsibility that the parents may bear and the unquestionable, direct responsibility of the agencies that put them in this unnecessary emotional and bureaucratic nightmare, the Ministries of the Interior and Foreign Affairs are using diplomatic means to try to find a solution to this crisis, which they did not create.

Saar referred to these efforts in a letter addressed to Knesset member Nitzan Horowitz of the Meretz Party on Jan. 19. He wrote, ''The government of Israel, including all its branches, has great desire to find a solution to the issue, and it acts accordingly." He also emphasized, ''The State [of Israel] has been trying over the last few weeks to reach understandings with the government of Thailand, so that this human painful issue can be solved."

The one mistake made by the Israeli Foreign Ministry until this week was failing to issue a travel warning to Israeli citizens pursuing the birth of a child through surrogacy abroad. Although it was obvious to the authorities that the scope of this phenomenon was growing — from one baby in 2005 to 126 babies in 2012 — no one provided Israeli citizens with clear instructions about the process in different parts of the world, and this is a matter that should be addressed. Nevertheless, the most appropriate, egalitarian and respectable response would be to regulate in Israeli law the issue of surrogacy, and allow same-sex couples to become parents, without them having to take out enormous loans and travel around the world. That’s already a good reason for a campaign.