Into the outline of the new government, Knesset member Itzik Shmuli has succeeded in introducing a clause by which the state will financially assist same-sex couples undertake surrogacy procedures abroad. 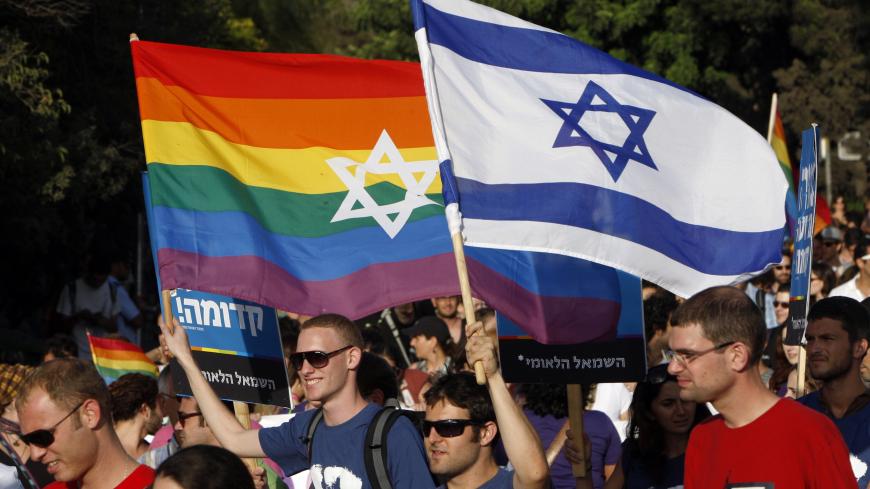 Designated Welfare and Social Services Minister Itzik Shmuli (Labor party) is one of five openly homosexual lawmakers currently serving in the Israeli Knesset. The most senior among them is Justice Minister Amir Ohana.

In March 2019, 40-year-old Shmuli announced on social media that he had become a father together with his partner, following a lengthy, frustrating and costly surrogacy process carried out in Rhode Island.

Like all same-sex couples in Israel, Shmuli and his partner were ineligible for government support or recognition of the process they had undergone because the law discriminates between them and single women and straight couples. Protracted public campaigns to amend the law have been met with vehement opposition by the ultra-Orthodox parties, forcing male same-sex couples to travel abroad, generally to the United States, to realize their dreams of parenthood. Only those with considerable means can afford to do so.

Now, Shmuli is about to realize another dream and lead a revolution on this explosive social and political issue. Under an April agreement between the Blue and White and Labor parties, reached ahead of the planned establishment of a unity government with the Likud, the state will provide financial support for male same-sex couples who enter into a surrogacy agreement abroad.

To ensure implementation of the move, the change will not be anchored in legislation, which would surely be met with objection by ultra-Orthodox legislators. Instead, it will be presented as an assistance program for same-sex couples wishing to realize their right to parenthood. Avoiding legislation on the issue will allow the ultra-Orthodox parties in the governing coalition to ignore the government's recognition of the right to parenthood of homosexual couples or single men. Any attempt to amend the law in this regard would almost certainly have resulted in a coalition crisis with the ultra-Orthodox, as demonstrated in the past. In October 2018, for example, the Knesset shot down Shmuli’s proposed legislation on the matter, prompting an impassioned appeal on his part to Prime Minister Benjamin Netanyahu.

“I ask you to look me in the eye and tell me I am not good enough to be a father in this state,” said a tearful Shmuli.

Netanyahu claimed in response that he was in favor of the proposed change, but lacked a coalition majority to enact it. The issue was brought before the Supreme Court, which ruled in February 2020 that the state must amend the law within a year because it discriminates against men and violates human dignity. The law currently only enables surrogacy in Israel for straight couples or single women who cannot carry pregnancies to term and use their own eggs.

The proposal could signal a historic shift. Under the deal, the Ministry of Welfare and Social Services will allocate an economic aid package for same-sex couples undertaking surrogacy abroad, a change that will be incorporated into ministry policy. The procedure is expensive, ranging in cost from $100,000 to $140,000, and same-sex couples are barred from using surrogates in Israel.

The deal calls for significant state budget allocations for same-sex couples who engage a surrogate abroad and requires the ministry to determine criteria for eligibility. The ministry will also explore options to enter into agreements with American and Canadian clinics and agencies specializing in surrogacy to facilitate the process for same-sex couples. While Shmuli claims the deal does not replace legislation, anyone familiar with Israeli politics and its dependence on the ultra-Orthodox parties knows it is likely the most effective way to affect immediate change.

Explaining the need for this arrangement, Shmuli told the press, “The right to a family is a basic right. Everyone should have the right to realize it. I know the long, tortuous and expensive road to surrogacy abroad, and also the happiness that lies at its end.” Since becoming a father, Shmuli has shared photos of himself and his partner with their son on social media and described the joys of fatherhood.

Shmuli is not the only gay father in the Knesset. Four of the five openly gay lawmakers have gone through costly surrogacy procedures abroad. In 2015, Ohana and his partner became parents of twins. Knesset member Eitan Ginzburg of Blue and White and his partner are also parents of twins conceived and born abroad. Knesset member Idan Roll of Yesh Atid also fathered a son with his partner, singer Harel Skaat, via a surrogate in August 2018. The four brought their children to the Knesset’s swearing-in ceremonies in April 2019 and again in September 2019.

All of them enjoy warm personal ties with their ultra-Orthodox Knesset colleagues, testifying to the reality that strictly observant politicians separate their outspoken homophobic positions against the LGBT community from the personal empathy they demonstrate behind the scenes.

If a unity government is indeed established, its members will for the first time include two homosexual fathers.