In a historic move, Health Minister Nitzan Horowitz announced last week that as of Jan. 11, surrogacy procedures will be open for everyone in the country, same-sex couples, single men and transgender people included. 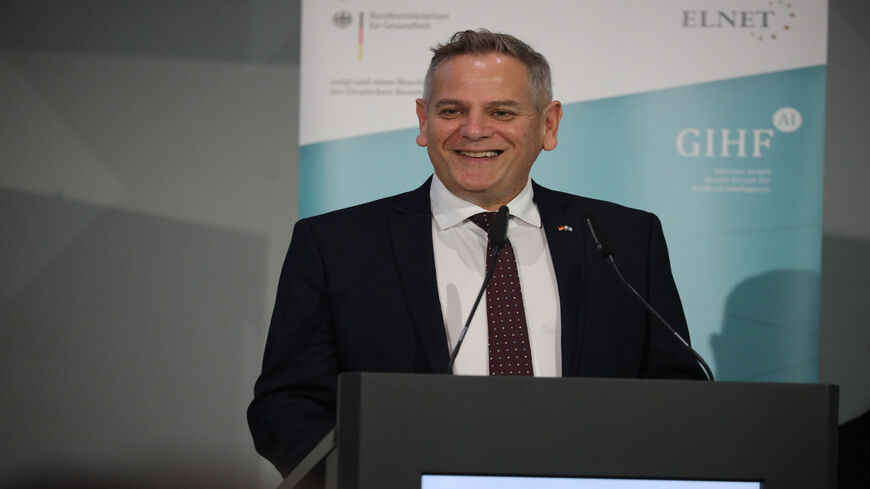 “It’s really happening! Today we make history. It’s just as we promised. Exactly one week from today, LGBTQ people will have equal access to surrogate parenthood in Israel.” In what can only be described as a surprising tweet, Minister of Health Nitzan Horowitz announced Jan. 4 that the long legal and political saga involving Israel’s LGBTQ community had reached a happy conclusion.

At the heart of the struggle was the justifiable demand that same-sex couples be allowed to have children through surrogates. For years, human rights and gay groups have argued that Israeli law discriminates against them by reserving surrogacy for straight couples. This right was opposed by the ultra-Orthodox parties, which were part of almost every government in the last two decades. They blocked any and every attempt to change or overturn that discriminatory law. Now that the government has succeeded in doing this, Israel’s health system has become one of the most progressive in the world, when it comes to the LGBTQ community.

Leading this historic measure was Horowitz, an out gay man himself. His party Meretz, which he leads, has long been identified with the struggle for gay rights and is said to represent the community in the Knesset.

When the new government was formed, just over half a year ago, one of the first things that Horowitz did as the new minister of health was to see how he might be able to use his ministerial powers to advance measures beneficial to the LGBTQ community. On Aug. 19, he overturned the ban on receiving blood infusions from gay people, which had been in effect since the 1980s, in response to the AIDS epidemic. Despite the criticism it received over the years, and despite several lawsuits against it, the ban was never overturned.

Upon entering office, Horowitz decided to put an end to the discriminatory policy. He argued that technology has progressed sufficiently since the 1980s to examine blood donations without putting the general population at risk of infection. This received the backing, not only of health experts but also of the directorate of the national blood bank. It was Horowitz’s first victory.

With all due respect to this achievement, however, the more pressing and substantial issue that he wanted to advance on behalf of the gay community was surrogacy. According to the existing law, the only people eligible for surrogacy were straight couples consisting of a man and a woman, both of them residents of Israel, and single women, residing in Israel, in the event that they had medical problems that prevented them from getting pregnant or carrying their child to term. Time and again, individual members of Knesset and entire parties attempted to change the law, only to come up against unanimous opposition from the ultra-Orthodox, who blocked these efforts in every government.

As a result, same-sex couples had no choice but to undergo the expensive procedure overseas. Of course, not everyone could afford the cost, which amount to hundreds of thousands of shekels. For various social and sociological reasons, Israel holds the record among the Western states for the number of gay couples who have children through a surrogate. This can even be found in the Knesset. For example, Deputy Foreign Minister Idan Roll and his partner are the parents of two young children, who were born via surrogacy in the United States. Similarly, former Justice Minister Amir Ohana (Likud) and his partner had twins through a costly surrogacy procedure in the United States.

Former Prime Minister Benjamin Netanyahu has said in the past that he supports amending the law, explaining that he recognized the right of everyone to have children. Unfortunately, he continued, the current political constellation does not allow it. Effectively, he was admitting that he prefers an alliance with the ultra-Orthodox over fixing this unjust law.

When Horowitz entered the Health Ministry, the Supreme Court had already ruled in February 2020 that the state should expand surrogacy in Israel to encompass same-sex couples and single men. This decision was the result of cases filed by various LGBTQ organizations. The court gave the state one year to fix the discriminatory legislation, but the state asked for an extension because of the coronavirus pandemic.

In this sense, Horowitz was the right person at the right time. He knew how to use his power and take advantage of the political opportunity. The fact that there were no ultra-Orthodox parties in the new government made it easy for him, especially since the Supreme Court’s ruling paved the way for change.

Horowitz led the effort while dealing with the crisis surrounding the omicron variant. Using the authority of his office, he opened surrogacy to everyone through various ordinances. At a press conference, he then announced that gay couples, single men and transgender people were now eligible for surrogacy in Israel. He then added, “The new ordinance simply offers something that should have been taken for granted: equality. That is all. Equality, plain and simple. For years we have fought for this very simple principle. The old law represented a discriminatory approach. That is over now. Members of the LGBTQ community have the same right to be parents.”

What was particularly moving about his remarks were his reminiscences about his own life and the difficulties he experienced as a gay man, when dealing with an establishment that discriminated against him. “As a gay minister,” he said, “who is well aware of the humiliation of exclusion, which we have suffered over the years, this was one of the key factors in shaping my political worldview. The struggle for equality by the LGBTQ community and in general is my personal struggle. It is what has guided me throughout my life. I therefore decided to turn the Ministry of Health into the flagship for equality for all citizens of Israel.”

The general feeling in the Israeli political establishment is that this step cannot be turned back, even if a new government with the ultra-Orthodox comes to power some time in the future. “We will not overturn this, because in some way Horowitz took the chestnuts out of the fire for us,” one ultra-Orthodox Knesset member told Al-Monitor on condition of anonymity.