Turkey to toughen laws on surrogacy

Turkey’s Ministry of Health prepares a new draft law that would prevent Turks from having children through surrogate mothers, even if abroad. 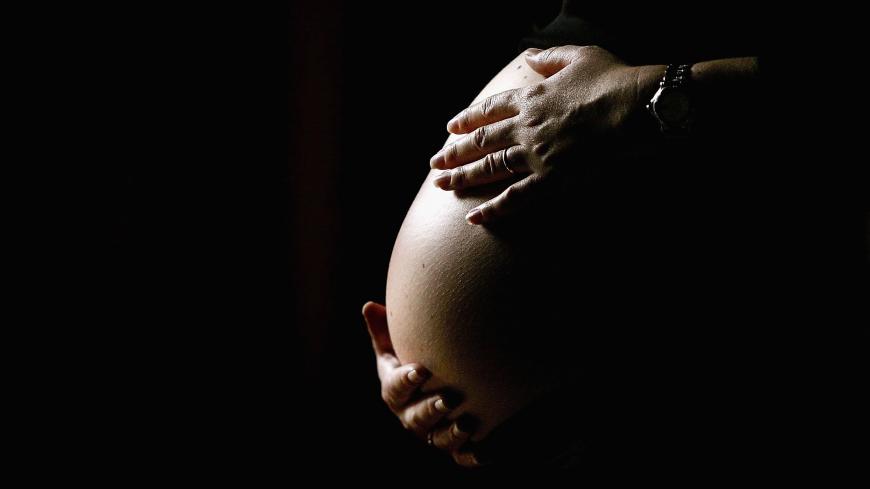 News about surrogate motherhood has always been a hot topic in the Turkish media, whether it’s about Turkey’s celebrities who express a desire to have a child through a surrogate mother or unconfirmed reports that Kim Kardashian hired a surrogate mother to give birth to her third child. But the recent wave of news in the media regarding surrogacy is about the introduction of a draft law that would punish surrogate mothers with two to five years of imprisonment.

Under the present law, surrogate motherhood is in a gray area. The 282/1 article of the Turkish Civil Code says that the relationship between mother and child is established through birth. This means that surrogate motherhood “has no basis in Turkish law” and that the surrogate mother is the mother. Should a couple try to have a child by a surrogate mother, establishing parenthood becomes a legal muddle. In vitro fertilization, on the other hand, is possible, and there are regulations in the Turkish bylaws about Assisted Reproduction and Infertility Centers, which can be used by married couples only.

If they want to have a child through a surrogate mother, most Turks simply choose to go abroad and come back with a baby, which they have registered under the name of the genetic parents. There are numerous stories about couples who go to Northern Cyprus, Ukraine or Georgia, where surrogacy is legal. Allegedly, the price for the process varies from $40,000 to $70,000. A simple Google search results in a list of websites of companies that advertise surrogate motherhood as part of their services. Turkish media has in the past published some personal stories of women who decided to become surrogate mothers in Northern Cyprus, describing the process and explaining the uneasy choices and decisions.

But the new law, reported by Hurriyet journalist Meltem Ozgenc, aims to fill in the gray area and ban surrogate motherhood altogether, including abroad, by Turkish citizens. It also bans “mediation,” “assistance,” “encouragement” or “advertisement” for surrogacy.

According to information that Al-Monitor has obtained, several provisions will be added to the current Law No. 2238 on the “Harvesting, Storage, Grafting, and Transplantation of Organs and Tissues.” The revision of the law is expected to pass within the scope of one of the upcoming decrees by the power of law — the main ruling mechanism since the government declared a state of emergency in July 2016 after the attempted coup.

The new draft law says: “Having a child or serving as a surrogate mother is banned if the pregnancy is undertaken through the reproductive cells taken from one or both of the partners, or if the embryo acquired from these cells are inseminated into others.”

The draft’s last paragraph adds that the penalties foreseen in the law are applicable even if the surrogacy takes place in a country where it is legal.

Besides introducing prison time between two to five years for those involved in surrogate motherhood, the law also clarifies legal eligibility for in vitro fertilization. More precisely, the additions to the existing legislation would confirm that the in vitro fertilization process could be applied if the couple cannot have a child in natural ways and if there is a medical necessity. Yet the procedure would be allowed just for married couples, and it can only be performed in licensed centers and by medical professionals granted authority by the Ministry of Health.

The emphasis on married couples is undoubtedly in line with mainstream Sunni religious interpretations of Islam in Turkey, as the statements by the country’s top religious affairs body have confirmed in the past. In 2015, the High Council’s platform of the Directorate of Religious Affairs (Diyanet) said that in vitro fertilization between unmarried individuals “offended humane feelings and contained elements of adultery.” At the same time, it was stated that surrogate motherhood is also deemed religiously unacceptable, as it is viewed to contain elements of adultery. This view has been confirmed by some prominent religious figures, including Hayrettin Karaman and renowned televangelists such as Nihat Hatipoglu.

The adultery argument is a common basis for banning surrogacy within Sunni Islam, as the sperm of a man is introduced into the uterus of a woman other than his wife, which is prohibited by verses in the Quran. Other reasons for banning surrogacy, according to Ruaim Muaygil, are “preservation of lineage, exclusion of third parties in reproduction, upholding the rights of the child and protection from the negative effects of surrogacy.” On the other hand, more progressive professionals and scholars such as Muaygil clarify between traditional and gestational surrogacy, and use Islamic law and bioethics alongside medical evidence to show that “surrogacy is not only consistent with Sunni Islamic teachings, but is also both ethically justified and medically necessary.”

In Turkey, reactions to news about the Health Ministry’s initiative varied greatly. Some users on social media were very upset about the announced initiative, calling it shameful or finding it disturbing for including limitations of options for unmarried women with health problems. Yet others were quite enthusiastic. One user on social media strongly supported banning surrogacy while reiterating familiar arguments of surrogacy viewed as the “sale of the mother’s womb.”

Discussions on surrogacy in Turkey have even involved polygamy. A controversy arose a few months ago when Sukran Sipka, a law professor from Istanbul Kemerburgaz University, staid at a conference that “kuma,” a parochial term for a second and often younger wife in a polygamous household, is a Turkish type of surrogate motherhood. She explained that in Turkey, women who can’t have children are being outcast, so husbands are advised to have a child by another woman. In official records, that child is registered with the name of the official wife, just like the children delivered by surrogate mothers would be registered to them. At the time, Sipka called for new regulations to legalize surrogacy as a societal need for families that could profit from medical advances but can’t due to legal loopholes. Sipka’s words were perceived as supporting the legalization of polygamy, whereas she denied any alleged support for kuma and said her words were misquoted and misread.

The upcoming law making surrogacy illegal in Turkey might be based on the lineage-preservation argument and may reflect moral and religious worldviews of the ruling party, but the threat of jail time may not stop Turkish citizens who are desperate to become parents from searching for a solution in an illegal market.