The LGBT community is furious with the Israeli prime minister for going back on his promise to support an amendment allowing single men and gay couples to use surrogates in Israel and has called for massive strikes in protest. 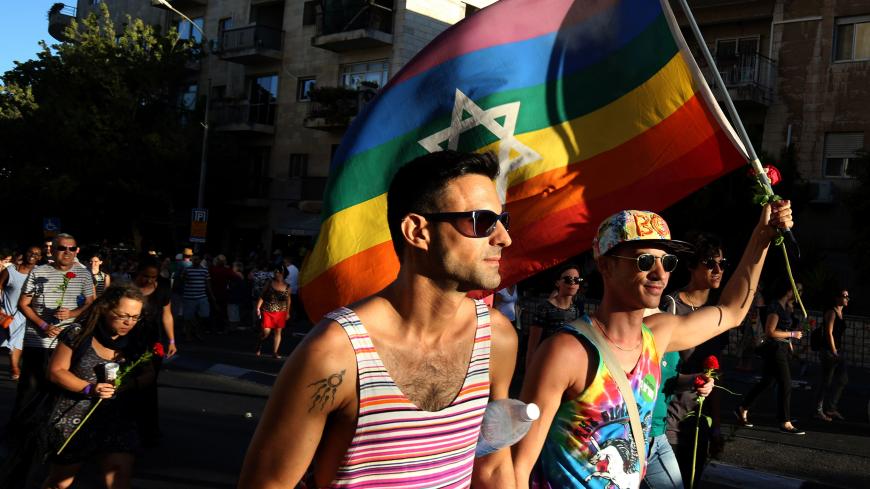 On July 18, the Knesset approved a new law offering heterosexual couples and single women state-supported surrogacy. The new law excludes single men and gay couples. Previously, state support was offered only to married heterosexual couples. The final version did not include a proposed amendment that would have allowed single men to have a child in Israel through surrogacy.

There is no reason to be surprised that Prime Minister Benjamin Netanyahu suddenly withdrew his support for the amendment. Supporting it would have meant angering the ultra-Orthodox Knesset factions and a potential coalition crisis just moments before the Knesset begins its summer recess on July 22.

Netanyahu is a whiz at zigzagging. He can be utterly convincing about his commitment to some position or other only to take the opposite stance in a matter of days or even hours. In April, he announced at a press conference that he had reached an agreement with the United Nations to solve the issue of refugees and migrant workers from Africa, only to cancel the agreement hours later due to pressure from the right.

The difference this time is the unprecedented and highly organized protest against Netanyahu’s U-turn. In an effort that is gathering momentum, the LGBT community called on its members to strike on July 22.

The law approved by the Knesset adds single mothers to the list of groups allowed to become surrogate parents in Israel and continues to exclude single fathers, many of whom are gay.

Based on the buzz in social networks and traditional media, it looks like thousands of people, if not more, will participate in the strike. It already has the backing of some of the country’s biggest employers as well as the Histadrut labor union and the Municipality of Tel Aviv-Jaffa. Some of the most prominent high-tech and advertising companies, including eBay, IBM and Matrix, have already announced that they will not count failure to show up for work as vacation time for the strikers. The Microsoft development center in Israel announced it will grant 60,000 shekels ($16,500) to any employee who wants to establish a family through surrogacy regardless of age, gender, sexual orientation or marital status. Another tech company, Mellanox Technologies, followed suit. Demonstrations and protest marches began in Jerusalem and Tel Aviv.

Groups representing the LGBT community are preparing for a legal battle at the Supreme Court. Their main argument is that the legislation amounts to gender discrimination, violating the basic value of equality. Once again, Netanyahu would likely be thrilled if the Supreme Court took this steaming hot potato out of his hands, as it did with the law exempting the ultra-Orthodox from military service.

What changed in the two days between Netanyahu’s announcement that he supported including single fathers in the surrogacy law, which seemed like a genuine breakthrough in LGBT rights, and his vote against it?

The amendment was proposed by Knesset member Amir Ohana of the Likud, who himself is the father of twins, which he had with his partner via a costly surrogacy process overseas. Ohana appealed to Netanyahu personally for his support and he got it. In a video, Netanyahu said explicitly on July 16, “Amir Ohana spoke to me about the surrogacy law on more than one occasion. He raised a very simple point: Single mothers have the right to go through the surrogacy process, but single fathers do not. It simply isn’t fair and should be corrected. That is why I told a meeting of the Likud faction today that I would support the amendment to the law that he submitted.” When he released this statement, Israel’s LGBT communities were convinced that they were about to make history and that the Knesset would pass a progressive and egalitarian piece of legislation July 18.

But when they heard about the amendment, the ultra-Orthodox Knesset members pressured Netanyahu. They threatened to break up the coalition and withdraw their support for the nationality law (Netanyahu’s flagship project that was passed by the Knesset on July 19). As a result, Netanyahu ended up voting against the amendment, as did most members of the coalition. In response to the commotion that erupted after he folded before the ultra-Orthodox, Netanyahu explained that he was planning to support the addition of single fathers to the law in a separate piece of legislation sometime in the future, after the amendment in its current form is passed. Adding Ohana’s amendment to the current legislation, he explained, would prevent the law from being passed, which would be detrimental to mothers, too.

The Israeli LGBT community realized that they cannot rely on the prime minister to support their struggle for equal rights and declared an all-out war against Netanyahu until the amendment is passed. This community wields considerable power and influence in Israeli society. It includes many journalists, actors, popular TV hosts and news anchors and other opinion-shapers, some of whom have gone through expensive surrogacy procedures overseas themselves. Based on testimony released over the past few days, the cost of surrogacy overseas ranges from 300,000 to 700,000 shekels ($83,000-$193,000).

One Facebook post about the issue that received particular attention came from Nadav Bornstein, the host of a popular late-night show on Keshet and the father of two girls through surrogacy. Offended, he posted a picture of his young daughters watching him on TV with text that begins, “Netanyahu spat in my face today, my face and the faces of hundreds of thousands of Israeli citizens.” He went on to describe how he and his partner saved “every shekel our entire lives. We gave up a trip overseas after the army. We gave up on the dream of buying an apartment. We gave up on a lot just so that we could be parents. And today, the country gave up on us.” Bornstein went on to announce that he would participate in the strike on Sunday and would not be presenting his show.

Roee Neuman, a media consultant from Tel Aviv, is one of the organizers of the demonstrations. He told Al-Monitor, “I feel as if the State of Israel is doing everything it can to harm my chance of establishing a family. It is not just the law that was passed last night, which will prevent my friends and me from going through the surrogacy process in Israel. It also creates a situation in which only wealthy members of the LGBT community can undergo the process in the United States, after dealing with considerable grief and at a cost of 700,000 shekels.”

Neuman is still single, but when he considers the possibility of becoming a father, he realizes that this is the time to fight until the law is changed. As he put it, “The Knesset is telling us that we are only equal when it comes to our obligations to the state, i.e., serving in the army and paying taxes. On the other hand, it will not allow us to establish families and live a good life like everyone else. There is nothing more offensive than to tell me I am not fit to be a father.”

Other prominent figures in the LGBT community and Israeli society, including TV host Asi Ezer and journalist Gal Uchovsky, are taking active roles in the protests.

How likely is their effort to have an impact on the prime minister? Netanyahu values his friendship with the LGBT community quite a bit. However, if he is forced to choose between them and his own political interests, he will not step up for them. The protest will have to be truly massive, widespread and continuous to have any effect. The good news is that so far it looks like large swathes of the population support the protest and will be participating.