Both Iraqi Prime Minister Nouri al-Maliki and Muqtada al-Sadr may be vying for Iran's backing in next year's elections. 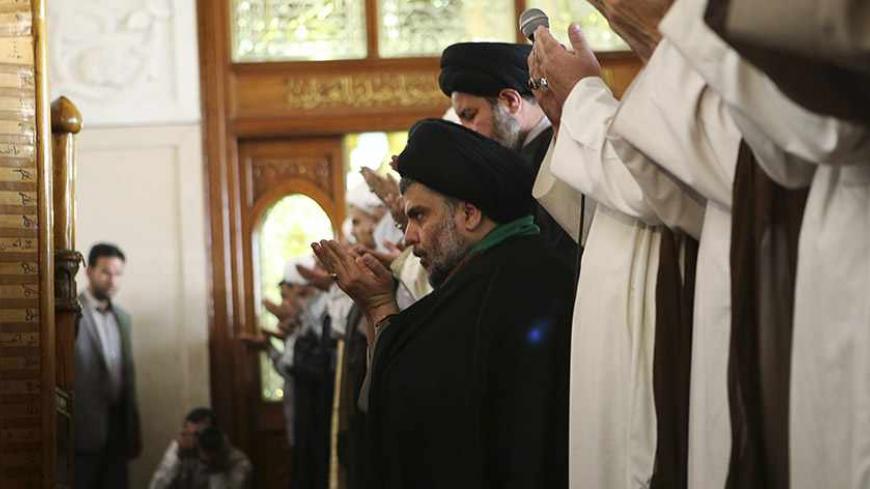 While the last Iraqi general election in 2010 revolved around the rivalry between the State of Law Coalition, led by Prime Minister Nouri al-Maliki, and the Iraqiya List, led by Ayad Allawi, the upcoming elections in April 2014 are more likely to be affected by the worsening conflict between Maliki and Shiite leader Muqtada al-Sadr. The latter has recently emerged as a major critic of the prime minister’s policies, even calling Maliki a dictator and advising him to not seek a third term.

With the disintegration of the Iraqiya bloc and the likelihood that the next election will be an intra-communal competition, Sadr and Maliki will compete to win the largest number of Shiite votes, despite the fact that they have different constituencies. Sadr’s support is concentrated in the poor and densely populated Shiite areas, while Maliki has succeeded in securing the support of a large segment of the military, state workers and a considerable segment of the Shiite middle class, in addition to the tribal support that he gained by co-opting some tribal leaders in the south.

However, this difference in support bases may be a reason for the intensification of the conflict between them. Unlike the Supreme Islamic Council, which is the third major Shiite force and which seems more cautious in its confrontation with Maliki, Sadr’s largely fortified constituency could secure enough votes to make him the kingmaker after the election. Sadr’s explicit opposition of Maliki’s attempts to secure a third term has made him a potential target in the premier’s survival tactics.

Among the first manifestations of the early electoral conflict between the two sides was a Nov. 2 statement by Sadr criticizing Maliki’s recent visit to Washington as an attempt to win US support to remain at his post. Maliki’s office responded on Nov. 4 in an unusually harsh statement that accused Sadr’s militia of having been involved in the sectarian killings in Iraq during the past years and of collaborating with external powers against the Iraqi government. The statement threatened a harsh reprisal in the future should Sadr not change his behavior.

Later that month, Maliki ordered the arrest of a group belonging to Sadr’s Mahdi Army, which held a military parade in Diyala. Maliki’s move looked like another message that he would not be lenient with the Sadrists, but did not lead to a confrontation between the two sides because Sadr himself had denounced the group's actions and supported Maliki’s decision to arrest its members.

The significant step in that confrontation came with the issuance of two arrest warrants and one summons for three Sadrist parliament members on corruption charges. It was noteworthy that the three lawmakers are fierce critics of the Iraqi government and the prime minister’s policies.

Jawad al-Shihayli, one of the three deputies, described the warrants as clearly political. He said that he was charged with “embezzling state funds” because he received funds from the House of Representatives for medical purposes. He wondered why the same charge was not filed against deputies from the prime minister’s bloc who did the same thing.

In any case, the deputies enjoy immunity and will not be arrested. They cannot, however, run in the upcoming elections if the charges are not dropped. Maliki’s party may very well have a role in these warrants, given that they came at the request of the Integrity Commission, which is led by a person close to the prime minister.

The tension between Maliki and Sadr will probably continue in the coming months. They may choose to pressure each other by non-political means. Sadr clearly doesn’t want to enter into an open and non-political confrontation now. He rather prefers to exploit popular discontent and the increasing demands for change. Maliki, on the other hand, seeks to deal the largest number of blows to his Sadrist rivals to weaken them and reduce their number of seats in the next parliament.

In addition to their internal rivalry, Maliki and Sadr are competing for Iranian support, given the influence the Islamic Republic has built among the Shiite political groups, crucial in bringing those groups together after the last election. Maliki embarked on a visit to Tehran on Dec. 4 to explore the positions and perspectives of Iranian President Hassan Rouhani’s government regarding issues of common interest. As in the case of Maliki’s visit to Washington, some Iraqi politicians and commentators argue that his main concern is to use Iranian support as leverage against his opponents.

Sadr recently claimed that a senior Iranian leader told him that his government was not interested in backing Maliki’s efforts to secure a third term. Commenting on this statement, Iran’s ambassador in Baghdad said that his government does not have a preference as to who should be the prime minister, a stance that is likely to be reiterated by other Iranian officials in the coming months before the election. The Iranians seem to be more confident about their position in Iraq today, and the stakes go beyond the personal ambitions of Iraqi leaders. As important as it is to maintain this influence, Iran views Iraq as part of a broader bargaining package in its future negotiations with the West and other regional powers, such as Saudi Arabia and Turkey.