Opponents of the prime minister admit that contrary to his image of being inclined to panic, he has survived serious coalition conflicts and has a chance to achieve something with his leadership. 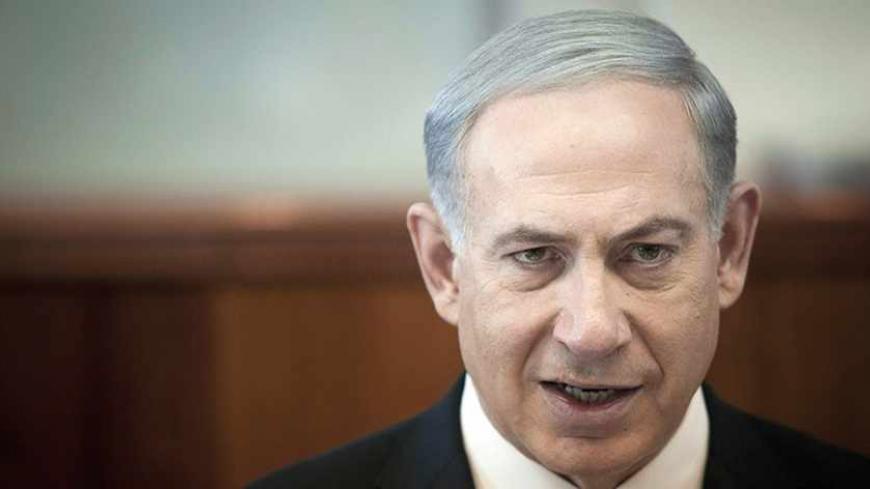 “Bibi [Benjamin Netanyahu] is a master politician. He doesn’t make mistakes.” This evaluation of the prime minister’s conduct was provided by a member of the mythical “farm forum” made up of confidants of former Prime Minister Ariel Sharon.

The man had for years observed Netanyahu through the scope of a rifle. Netanyahu was the enemy, Ariel Sharon’s difficult rival for leadership of the Likud Party. Luckily for Sharon, Netanyahu never failed to fall into every trap on the political scene in those days.

“Panicker” was just one of the names the forum called him, a sobriquet meant to portray him as a hysterical and irresponsible man who tended to cave under pressure, unlike Sharon, who was blessed with nerves of steel. “Don’t touch Bibi, he’ll wreck things himself,” the boss’ close associates used to quote him as saying when describing the extent of the contempt in which Sharon held his rival. Indeed, Sharon was contemptuous of Netanyahu — but also fearful of him.

And now, the very man who was among the gang that branded Netanyahu “Mr. Hysteria” and made him a ridiculed persona with similar skill has generously paid him the ultimate compliment of his own accord.

The past week proved once again that in recent years, Netanyahu has become the most sophisticated and creative politician around. He has easily overcome the coalition crises that have cropped up with increasing frequency and which his rivals always shop to the media as serious cracks threatening the coalition.

This was the case most recently when the prime-time news shows led with dramatic descriptions of the impending end of the Netanyahu coalition given the bickering over the chairmanship of the Knesset’s Foreign Affairs and Defense Committee. Finance Minister Yair Lapid of the Yesh Atid Party is demanding the foreign minister seat vacated by Avigdor Liberman for his associate, Knesset member Ofer Shelah, the former defense affairs media analyst. Netanyahu wanted to give the job back to his confidant, Knesset member Tzachi Hanegbi. Without taking a stand on the question of who deserves the Liberman inheritance, Netanyahu clearly feels sufficiently confident to insist on something that could, conceivably, tear his coalition apart if he fails.

The Foreign Affairs and Defense Committee, the most prestigious committee in the Knesset, has been devoid of a chairman for weeks. But the prime minister doesn’t seem at all perturbed by what could indicate chaos in the coalition and show it hovering at death’s door. The reason is simple: Netanyahu knows with a great degree of certainty that Lapid will not abandon his seat anytime soon, since the opposition benches are the last thing the leader of Yesh Atid needs at a time when he is bleeding in the polls.

Netanyahu is also unmoved by Lapid's pronouncements regarding Yesh Atid's commitment to the diplomatic process. Here, too, he knows that given his difficult political standing, Lapid wouldn’t dare leave the government, at least not in the coming months.

As is his wont in the past few years, Netanyahu continues to look to his right and left, only to see that he is alone at the top. No one is threatening his position, no one in the Likud Party is challenging his leadership and no one in the coalition, the opposition or outside politics is considered by the public as an alternative to the prime minister.

That’s why, even while Netanyahu is gradually losing control of the Likud, which under his stewardship is becoming the party of the settlers, he does not feel threatened. It’s possible that he may find himself without a party at any moment, but he has a government and a coalition, none of whose components has the will or the desire to dismantle it.

Obviously, this description reflects the current state of affairs, which could change as the diplomatic siege on Netanyahu tightens in the coming months, as anticipated and as diplomatic negotiations progress. If Netanyahu emerges from the talks as the recalcitrant party who undermined an agreement, he could encounter pressure within the coalition on the part of Lapid and chief Israeli negotiator Justice Minister Tzipi Livni — two party leaders in his coalition who currently bear the diplomatic standard. If Lapid realizes that he is continuously losing voters because he is a member of a right-wing government, he might take action — walking out of the coalition and providing a weighty ideological explanation for his move.

Netanyahu should therefore not be complacent, resting on his laurels and enjoying his unique political standing. The prime minister managed to survive the 2011 social protest that threatened to bring him down and has overcome (for now) the reports about his extravagant lifestyle. But he has been using the tremendous power he amassed to perpetuate a diplomatic stalemate. If he succeeds in harnessing his power and standing, it could actually lead him to an arrangement with the Palestinians. Perhaps not all of the Likud is behind him, but Netanyahu could surround himself with a broad coalition that would include a safety net provided by the opposition — the Labor and Meretz parties that would back him if he presents a diplomatic agreement.

Close associates of the prime minister say that he aims to present a framework agreement within a few months, a type of interim agreement for the coming years. They say this would not be a permanent agreement, but will be a very important diplomatic move. How far would he be willing to go? Even those most loyal to him cannot say.

But if we go back to the compliment Netanyahu the politician received from the former member of the Sharon forum, this could be his decisive term as prime minister, the moment when his political prowess and abilities are translated into a vision, a great deed, a legacy — similar to Sharon’s disengagement from Gaza and late Prime Minister Yitzhak Rabin’s Oslo Accord. But as we saw this week at the Likud convention, there are still no signs this is in the offing.