Despite significant progress in the Geneva nuclear talks over the weekend, time may be short, given the opposition of Israel and some in Congress, with implications for Syria. 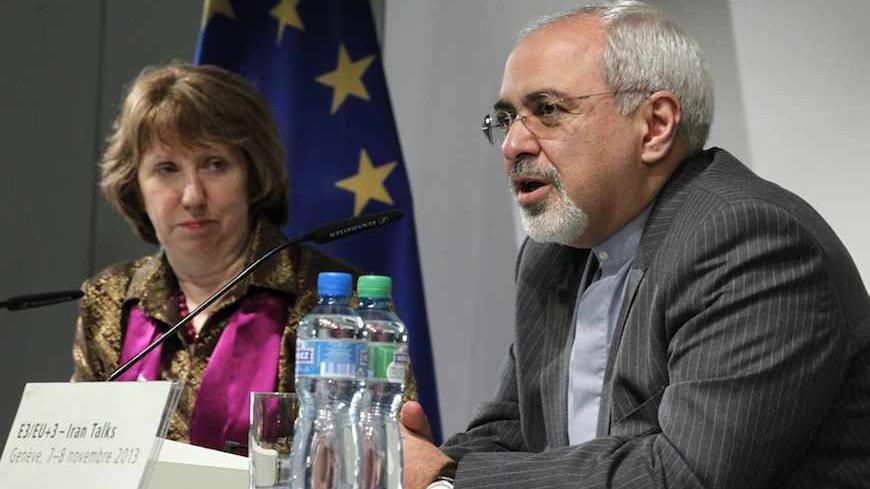 US Secretary of State John Kerry provided an upbeat assessment of the marathon talks held in Geneva between the P5+1 countries and Iran on a nuclear agreement, saying the negotiators made “significant progress” and that “we are closer now, as we leave Geneva, than we were when we came.” A follow-up meeting is scheduled at the political directors level for Nov. 20. The negotiations deadlocked over French concerns about Iran’s Arak heavy water facility, as Laura Rozen reported for Al-Monitor from Geneva.

It's not surprising that given the complexity of the issues involved, and three decades of mistrust, that a deal was not reached in just the second round of nuclear negotiations since Hassan Rouhani became president of Iran on Aug. 4.

While the talks are moving with impressive speed, time is not on anyone’s side. The Obama administration understands the sensitivity of the current phase of talks. Kerry appealed to Congress and "others in the world" to "understand that you need to give diplomacy the chance to exhaust all the remedies available to it if you are ultimately going to exercise your ultimate option, which is the potential use of force ... We know the clock is ticking. That is part of what makes this urgent.”

The Obama administration has asked Congress to hold off on new sanctions on Iran.  The Senate will soon take up the National Defense Authorization bill, which is considered “must-pass” legislation. Senators opposed to a deal with Iran are expected to offer amendments to limit President Obama’s authority to waive sanctions or add more sanctions on Iran.

Sen. Carl Levin, D-Mich., chairman of the Armed Services Committee, who will manage the bill’s passage, opposes further sanctions on Iran at this time. He told Al-Monitor’s Barbara Slavin on Nov. 1 that  “We should not at this time do something on top of what we have done.”

Sen. Tim Johnson, D-S.D., chairman of the Senate Banking Housing and Urban Affairs Committee, which has authority over the Senate version of Nuclear Iran Prevention Act, which passed the House of Representatives by a vote of 400-24 in July, told The Hill Thursday that he would hold off on a decision to  mark-up of the bill until he is briefed on the outcome of the Geneva talks.

The nuclear agreement has other key detractors.  As Ben Caspit reported from Jerusalem, Israeli Prime Minister Benjamin Netanyahu slammed the agreement as the “deal of the century for Iran” and engaged in a testy exchange with Kerry as Kerry was en route to Geneva.

Negotiations with Iran are not just essential to implementing safeguards to assure that the Islamic Republic does not produce a nuclear weapon. Iran is also critical to progress in regional security, beginning with Syria.   Iran has offered time and again to help end the war. Iranian Foreign Minister Javad Zarif told Al-Monitor on Sept. 30 that “If we resolve the nuclear issue, it would pave the way for the resolution of other issues.”

The Syrian tragedy gets worse by the day. US Assistant Secretary of State for Population, Refugees and Migration Ann Richard told Barbara Slavin that “half the population is suffering” and that she has “never seen anything of the scale and scope” of the humanitarian crisis in Syria."

The real life consequences of a military solution to "level the playing field," as Prince Turki Al-Faisal told Al-Monitor last month, are to prolong the war and magnify the suffering. No other responsible party, including the US, Russia, the EU, the UN, or any international relief agency, argues that a military solution has a chance in Syria, except to make a terrible situation that much worse.

Fehim Tastekin reported from the meeting of Syrian National Coalition of Syrian Revolutionary and Opposition Forces about whether to attend the Geneva II peace conference on Syria. Tastekin wrote that SNC sources told him “Saudi Arabia is impeding the Geneva II talks in retaliation for US rapprochement with Iran. For the Saudis, the SNC has become an arena to settle scores with the United States." He added, "The wing that is against Geneva [II] is under Saudi influence. There are 15 of them. But the general sentiment is not to challenge the international community. Making a decision now is risky. We say we must first persuade the military wing. We think the military wing did not fully grasp the framework drawn up in London. We favor deferring making a decision.’”

The frustration with a divided Syrian opposition is not limited to UN Joint Special Representative for Syria Lakhdar Brahimi, who said on Nov. 5 that “the opposition is … has a very difficult time, they are divided, it is not a secret to anybody, and they are facing all sorts of problems, but they are working very, very hard to get ready.

The New York Times' Anne Barnard wrote that a “growing number of Syrians on both sides of their country’s conflict, along with regional analysts and would-be mediators, are demanding new strategies to end the civil war, based on what they see as an inescapable new reality: President Bashar al-Assad is staying in office.”

Barnard reported that “quiet attempts are being made to set up unofficial talks, some with State Department backing. In one last month that did not involve the Americans, Abdullah al-Dardari, who was ousted from the Syrian government in 2011 and is now a United Nations official, held a meeting in Beirut of about 170 Syrians from opposing sides in the conflict.”

Saudi Arabia may be finding itself increasingly isolated in its hard-line backing for a military solution in Syria. Turkey, for example, is signaling a newfound pragmatism in its regional approach because of its failed policies in Syria. Semih Idiz wrote of the "return of Turkey’s ‘zero problems policy,’ including new efforts to build bridges to Baghdad and Tehran, and an overdue crackdown on its border with Syria, which has been a weigh station for terrorist forces fighting the regime in Damascus."

Amberin Zaman, in an interview with Salih Muslim, the co-chairman of Syria’s most powerful Kurdish party, the Democratic Union Party (PYD), reported, “Turkey’s alleged proxy war against the PYD might be over. Fresh fighting erupted between the YPG and ISIS [Islamic State of Iraq and Syria] around the border town Ras al-Ain in late October. Yet, according to Muslim, "There have been no jihadist fighters coming from Turkey as before. Turkey has ended its support for the jihadists. That is how things look now and we very much hope this state of affairs will continue."

It is worth noting that the Obama administration’s policies of avoiding military involvement in Syria and engaging Iran have strong popular support, at least according to the last two polls taken in late September.  A CNN/ORC poll revealed that 76% of Americans favored diplomacy with Iran to prevent Iran from developing nuclear weapons.  A CBS News/New York Times poll reported that 68% of Americans do not believe the US has a responsibility get involved in the war in Syria.