Returning Foreign Minister Avigdor Liberman intends to rebuild his ministry as a focal point for diplomatic negotiations and a political platform for his path to the premiership. 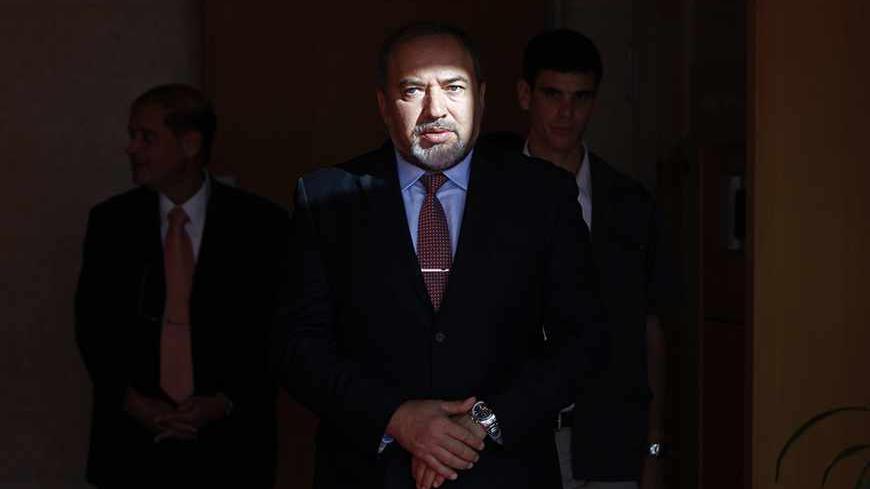 Foreign Minister Avigdor Liberman will land in Washington for the yearly Saban Center Forum Dec. 6 — an event that has been inscribed in Liberman's calendar for months, but with his recent acquittal will become a kind of victory tour in the American capital.

Coordination feelers have already been sent out to set up meetings between him and key officials.

Requests for meetings with him are accumulating at a dizzying pace from all over the world — from foreign ministries to heads of states. Everywhere, it is understood that even if they don't like the man, he is here to stay.

In Liberman's first tenure as foreign minister, his relationship with then-US Secretary of State Hillary Clinton was impossible from the get-go, full of scorn and aversion on her part and estrangement on his. In contrast, current Secretary of State John Kerry views Liberman as a key man in negotiations with the Palestinians, and intends to invest energy into developing a relationship with him.

On Tuesday night, Nov. 12, several hours after Liberman's festive entrée into the foreign minister's cabinet, his people refused to verify rumors according to which Liberman and Kerry had already talked over the phone. What was publicized was that Liberman's first work meeting was held with US Ambassador to Israel Dan Shapiro. The two have a good relationship that was maintained even during Liberman's period of exile to the Knesset's Foreign Affairs and Defense Committee.

Shapiro almost certainly reported to President Barack Obama and Kerry's respective offices about the positive atmosphere and the new tone he heard from Liberman behind the closed doors. All this can be summarized by saying that yes, there is now someone to talk to.

On the evening of Nov. 13, it was already reported that the much awaited phone call had indeed taken place. Kerry called the old-new minister to congratulate him on assuming office and wished him luck. It seems that the Kerry-Liberman duo has numerous meetings, dialogues and joint moves in its future.

On his first day as foreign minister, Liberman truly shined. He did not try to hide his emotions while receiving a familial, loving reception from the employees of his ministry.

On the practical level, Liberman transmitted a number of messages regarding the way he views his role and, at least on one level, it seems that his second term will be entirely different from his first. Liberman returns to his post more experienced and mature, someone who is thoroughly familiar with his ministry.

But the lion's share of attention was rightly directed to Liberman's pacifying statements regarding Israeli-US relations. Liberman went to great lengths to emphasize the importance of this alliance, and attempted to douse the flames in the dialogue conducted recently between Prime Minister Benjamin Netanyahu and Kerry regarding the emerging agreement between the superpowers and Iran.

Was this an attempt by Liberman to sting Netanyahu? It can't be ruled out. But that was not his main goal; instead, Liberman wanted to restart his relations with the United States. Although in the past, people used to say that he ignited fires in the Middle East, this time he chose to open his first speech as foreign minister with utterances such as, "Relations with the United States are the cornerstone; without this, it is impossible to maneuver in the contemporary world." This goes beyond a mere declaration of intent.

In his first term of office, Liberman often spoke about the importance of a relationship with Russia as a leading power. He met with President Vladimir Putin and often flattered him. But this time, Liberman did not even mention him, even though today's Putin is much more influential and involved in Middle East affairs than it was four years ago.

Of course, this is no coincidence. Liberman returned to the Foreign Ministry with a clear program. He intends to transform himself into a key player in Israeli-US relations. From now on, every visit of Kerry to the region will include meetings with Liberman, and it will not come as a surprise if, during Liberman's next visit to Washington for the Saban Forum, even Obama will set aside some time for him. The American decision to embrace Liberman may be worthwhile and productive toward promoting the diplomatic process. Eventually, people may even look back at the acquittal of the Yisrael Beiteinu chairman as an important landmark in the negotiations between Israel and the Palestinians.

Anyone this time around who expected to hear Liberman's regular attacks, even putdowns, against Palestinian Chairman Mahmoud Abbas was in for a letdown. Liberman did not utter a word about Abbas being "irrelevant" or "illegitimate," or that he should quit his post.

It's not that Liberman changed his mind about Abbas; he just realizes that such talk is simply not appropriate for a foreign minister attempting to reinvent himself as a responsible adult in the government and in Israel's foreign relations.

In Liberman's former term of office as foreign minister, former Defense Minister Ehud Barak was the one empowered to act as foreign minister vis-à-vis the United States. Barak used to fly to Washington once every few weeks to conduct a dialogue for halting Iranian nuclearization. Since Israel's new government was elected in January, Justice Minister Tzipi Livni filled this slot and was placed in charge of the negotiations with the Palestinians. But now, the new Liberman has no intention of relinquishing the US arena to others.

On Tuesday, Liberman already demanded the powers taken from him when he was forced to leave the Foreign Ministry: responsibility for conducting a strategic dialogue, which is now in the hands of Intelligence Minister Yuval Steinitz; responsibility for conducting an international struggle against Iranian nuclearization, also entrusted to Steinitz; and responsibility for managing economic relations with the Palestinians, which is in the hands of Steinitz and Ministers Yair Lapid and Silvan Shalom. But the best part is that Liberman demands involvement in negotiations with the Palestinians as a member of the restricted steering committee.

This is not good news for Livni, who has been a key player in the diplomatic arena over the past months. In effect, Liberman is sending signals that he has no intention of wasting time. He no longer lives under a legal cloud. He's a free man and happy to transform the Foreign Ministry into an important and influential ministry in the diplomatic realm, and into a political platform which should serve his campaign for the premiership.

While Liberman constructs for himself the image of the responsible adult, he has his eye on the political center. Without the center, he cannot break through the glass ceiling under which he is viewed as an inflammatory foreign minister, who in his previous term often embarrassed Netanyahu vis-à-vis the United States.

If Netanyahu did not understand this before Tuesday, now the penny has dropped. While until now, there had been no alternative to Netanyahu, now a candidate is emerging in front of his very eyes.