A draft law that would impose the principles of Jaafari jurisprudence on Shiite marriages would violate many human rights protected under Iraq's civil code. 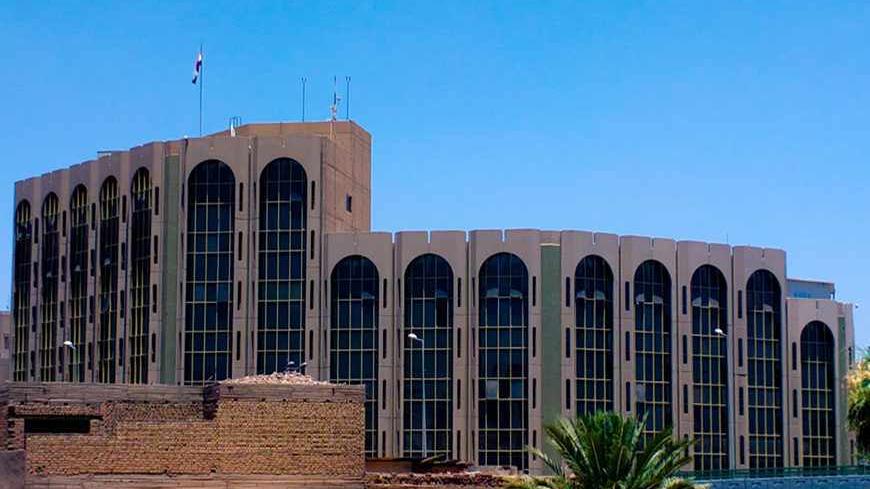 An exterlor view of the Iraqi Ministry of Justice building, June 12, 2013. - Rasoul Ali

The Iraqi Justice Ministry announced on Oct. 27 that it had sent a copy of a draft law on Jaafari (Shiite) jurisprudence and personal status to the cabinet for approval and referral to the Council of Representatives for passage. The draft law stipulates that Iraqi Shiites would refer to Islamic Sharia, and specifically principles of Jaafari jurisprudence, for personal status issues — which include marriage and divorce, as well as issues of inheritance and adoption. (Jaafari comes from the name of Imam Jaafar al-Sadiq, the founder of the Jaafari school of jurisprudence and the sixth Shiite imam.) The pending legislation threatens to further divide Iraqi society on the basis of sectarianism and ethnicity and violate women's and children's rights, including potentially making the latter susceptible to sexual abuse through child marriage.

The proposed law includes 254 items, all based on jurisprudence that may vary based on the different views and interpretations of Shiite religious authorities. This law is expected to encourage other sects to develop similar legislation, since Iraqi sects are entitled to have their own courts and laws to regulate their religious affairs and communities. This portends the fragmentation and division of society into separate components under different laws based on religious provisions rather than universal civil rules.

Advocates of the draft law cite personal freedoms as an argument for its approval, including the freedom of religion. Such a rationale seems to be somewhat spurious, however, given that there are currently no objections among the clergy of the various sects and religions to the current conduct of religion-based rituals, such as those governing marriage and divorce. Judges legally acknowledge all kinds of marriage contracts applied for by the different Islamic sects and religious minorities.

On the other hand, the draft law has sparked fears among Iraqis because it includes numerous violations of human rights, especially in the area of women’s and children’s rights. For example, Article 16 contravenes child protections set out in the UN Convention on the Rights of the Child, which Iraq ratified in 1994. The article allows females to marry from the age of 9 and males at 15. Moreover, according to this article, a judge can legally marry a couple below these ages with the consent of their guardians, father or grandfather. Under Iraq's current Personal Status Law (1959), the legal age of marriage is 18 for both men and women. Therefore, should the draft law be approved, it would legalize child marriage and increase minors' vulnerability to sex trafficking.

According to Article 17 of the Personal Status Law, a Muslim male is allowed to marry a non-Muslim female without conditions or restrictions. Article 63 of the proposed Jaafari draft law, however, prevents Muslim males from permanently marrying non-Muslim females. They are only permitted to do so temporarily, that is, for sexual pleasure. In other words, the proposed law forbids interreligious marriage, which still continues despite the difficulty of such situations and the emigration of religious minorities from Iraq.

Such practices clearly contravene Iraqi laws currently in force, which forbid marrying more than one woman without the permission of a judge, and then only under certain conditions. Anyone violating this provision is subject to a prison sentence and a fine.

Under Article 101 of the draft law, men have the right to have sex with their wives any time they want, and wives cannot leave their marital house without their husband’s permission. This means that women, as wives under this law, would be reduced to objects of sexual pleasure whenever a husband desires and without regard to her wishes or state of mind. According to legal experts and social workers, under the second article of the Universal Declaration on the Elimination of Violence Against Women, such behavior would constitute rape. Meanwhile, Article 25 of the Personal Status Law allows a woman to disobey her husband if he behaves tyrannically and harms her by failing to provide adequate housing or care should she fall ill.

Further decreeing women as mere tools for pleasure is Article 126, which states that husbands are not required to pay financial support (nafaqah) when a wife is either a minor or a senior and hence unable to sexually satisfy them.

There are fears that passage of the draft law may pave the way for future laws involving such penalties as stoning and mutilation, along with other forms of corporal punishment that violate human rights. The way things are going, Iraq, a country with an array of ethnic groups and nationalities, might ultimately shred its judicial system and divide its society into blocs lacking a common legal framework, which runs contrary to the concept of citizenship altogether.