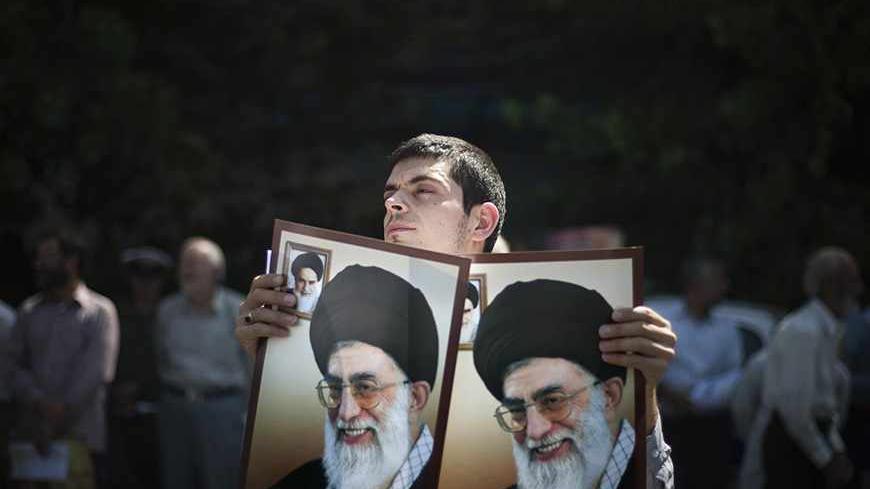 Years of tension between Iran and its Arab neighbors on the other side of the Gulf seem to be easing less than a week after the signing of a deal between Iran and the UN Security Council in the path to a comprehensive solution.

UAE Foreign Minister Abdullah bin Zayed was the first of his Gulf counterparts to visit Tehran to show his country's support, calling for stronger ties between Iran and the UAE — "ties beyond the normal relations between neighbors and partners."

The Emirati official stressed the importance of cooperating with Tehran to find solutions for the "crises in the region, mainly in Syria and Afghanistan [and] especially terrorism and sectarian strife, through politics."

Another good sign came from Bahrain. The little Gulf kingdom that for the past couple of years has continuously accused Tehran of interfering in Bahrain and backing the uprising against the ruling family invited Iranian Foreign Minister Mohammad Javad Zarif to take part in the forthcoming Manama dialogue next month.

According to a senior Iranian official, Zarif is seriously considering the invitation, for "It's a good opportunity to discuss differences, try reach some common points and maybe find a path toward ending the crisis in the neighboring kingdom."

The official told Al-Monitor that Iran is keen to end all misundestandings with countries in the region, even though "We weren't behind it."

Meanwhile, Iran's shuttle diplomacy seems to be overactive these days, with almost all major undersecretaries either away or just back from a trip.

Many were eyeing the Geneva talks even before they started, but the blast in Beirut rocked the country's embassy diverted attention, especially since the deadly incident was seen by many in Tehran and away as part of the regional mess that is impacting almost everywhere.

"We want a calmer region," an Iranian official told Al-Monitor. "All files are getting linked to each other, though we prefer dealing with each alone. A mess is a mess for the whole region. The explosion in Beirut is a clear indication of this chaos."

When the official mentioned the embassy blast in Beirut, it was evident to me that he had many things to say, though it was clear that Tehran purposely downplayed allegations that suggested Saudi Arabia might be involved. He said, "Look, we are not on good terms with the Saudis, this is clear. Some in the kingdom regard us as enemies, but we still know there is a wing, a very influential wing, with the monarchy that wants better relations with us. The Bandar wing wants tension with Iran — he still thinks the world is ruled by [former US President] George [W.] Bush. It's not the case anymore. The time is different, people too. What's taking place in Geneva is a good example."

Some fear these same Geneva talks are the reason for another tense situation in the region. Neither the Saudis nor the Israelis are content seeing the US foreign secretary and Iranian foreign minister exchanging smiles and shaking hands, suggest some analysts in Tehran, but the official believes that the Saudis — mainly the moderate wing — should welcome better Iran-US relations. He said, "Our brothers in Saudi Arabia should be sure that solving the nuclear standoff might be in the interest of all. We have differences on Syria, but this is not related to Syria, but rather Gulf security." He paused for a moment and then elaborated, "Syria is a very complicated file. We are both just on the opposite sides of the conflict, and the best thing is that we make parallel steps — good-intentions steps — but let's not link this to that."

There is a new Middle East underway, this is what you understand from the Iranian official's remarks: "If in Geneva a deal was struck, doors to other deals might be possible. Syria, Iraq, Lebanon, Yemen and also Afghanistan just a few weeks before the United States withdraws." He added, "We prefer that the regional powers understand that new details are to be added to the equation."