Iran's former president may be the decisive broker in Iran-Saudi relations. 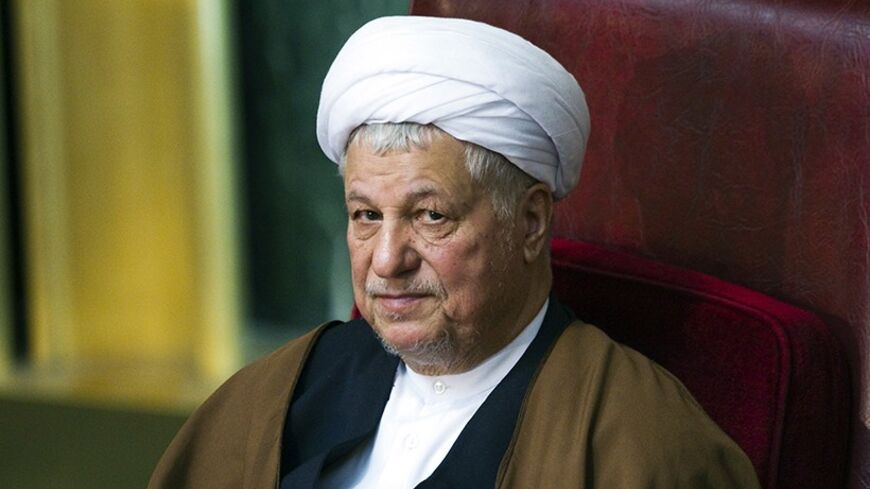 BEIRUT, Lebanon — Amid months of tensions, bombings and skirmishes, Beirut looks calm and safe. Only the presidential elections interest journalists, even though the subject isn't that hot. Only a few days are left before outgoing President Michel Suleiman is to leave Baabda Palace.

Suddenly, tourists have started pouring to the Lebanese capital, and soon gulf nationals will fill the country's hotels as reports indicate that both the Saudi and the UAE governments are considering lifting their bans on travel to Lebanon. Some might question the reason behind the rapid improvement, but whenever Tehran and Riyadh are talking, Beirut will have to quietly listen.

In the new Middle East that emerged after the Arab Spring, it's believed that both Iran and Saudi Arabia, now more than ever, have emerged as main regional players who together can either help stabilize the region or further ignite its tensions.

Now that news from Riyadh and Tehran is suggesting a new phase in Saudi-Iranian relations is about to start, it's important to understand what changed, what might change and who helped both sides go the extra mile.

"Iran and Saudi Arabia are capable of restoring stability in the region," Iran's Deputy Foreign Minister Hossein Amir Abdollahian told Al-Monitor. "We are looking forward to erase any misunderstandings and promote bilateral relations," he said.

Abdollahian, who oversees his country's relations with the Arab world, was expected to visit Saudi Arabia two months ago. The visit was canceled over scheduling differences, but a parallel path was already led by their common neighbor Oman, which seems to be playing a leading role with respect to Iran's foreign relations with the world.

An official Iranian source told Al-Monitor that thanks to regional friends and genuine goodwill, ties were restored on both shores of the Persian Gulf. He said, "In Iran, there's always a will to open direct lines with the Saudis. There are several points of interest between the two countries and miscommunication is heating tensions. Why not meet and discuss — as a beginning, let's call it an effort to organize differences and later coordinate moves."

According to this source, the Omani government played a vital role in making this rapprochement a reality. He said, "There was an exchange of messages via the Omani link. Then some direct talks happened, and both sides agreed to take the talks to a higher level, given that the path had the blessings of the higher leadership in both countries."

Another source in Tehran, one close to former President Akbar Hashemi Rafsanjani, said the strongman is leading a separate but coordinated path to put an end to the worst phase in the relations between the two countries. The source told Al-Monitor, "Before taking any step, Rafsanjani got the blessings of Supreme Leader Ayatollah Ali Khamenei. He received several serious messages from Riyadh, and he sent similar ones, but he advised from the beginning that reaching common ground will need time and putting the heated issues on hold, mainly Syria. Why Syria? Because it's where both sides are on completely opposite sides."

The Rafsanjani road map suggested that they start discussing Bahrain and Lebanon, then Yemen and at the final stage after building a rapport, Syria. "In Lebanon and Bahrain, conflicts are much easier to solve; there's less bloodshed and differences can be bridged, where a consensus is possible. The formation of a Lebanese cabinet after months of delay was a litmus test. Then things halted for a while when the Syrian dilemma jumped into the path, before they resumed again."

The source said, "Helping the Lebanese choose a new president shall be the next step. Both Iran and Saudi Arabia understand the need to stabilize the situation in Lebanon. A candidate accepted by both sides inside the country needs regional effort and therefore, both countries can cooperate on this."

In Bahrain, both see a need to arrive at an agreement the government and the opposition see as fair. "A new cabinet with both sides represented can end the confrontation. This will be the next step, but it needs patience and readiness for sacrifices," the source indicated. "Iran will exert genuine effort to persuade the opposition to resume talks with the government, and the Saudis are very influential and on their side. They can push for reforms. If this phase ends successfully, then a tougher file like Yemen can be discussed," he said.

For years, Saudi Arabia regarded Yemen as part of its national security. A country on the kingdom's southern borders with several armed groups fighting separate wars — some looking for autonomy, others linked with al-Qaeda. A third group, the Houthis, is gaining power and looking for a share in the government. This group is accused of being Iran's strong ally and for years it has been a main concern for Riyadh. According to the source, there's been nothing said on this, "But whenever it is placed on the table, this will need time to be solved or at least defuse tensions."

Defusing tensions is now the priority for both sides, and as part of the efforts to do so, Rafsanjani's road map suggests a halt in media warfare. A next step will see him visit Riyadh and meet King Abdullah bin Abdulaziz and his crown prince.

On April 22, Saudi Ambassador to Tehran Abdulrahman Bin Groman Shahri visited Rafsanjani and extended to him an invitation from the king to visit the kingdom. The meeting made headlines with pictures of the Saudi guest kissing his host's forehead. Was this the kiss of life to Saudi-Iranian relations?