Former Israeli Cabinet secretary Zvi Hauser responds to Nabeel Kassis: Only recognition of Israel as the home of the Jewish nation, alongside a Palestinian state, can lead to a historic compromise. 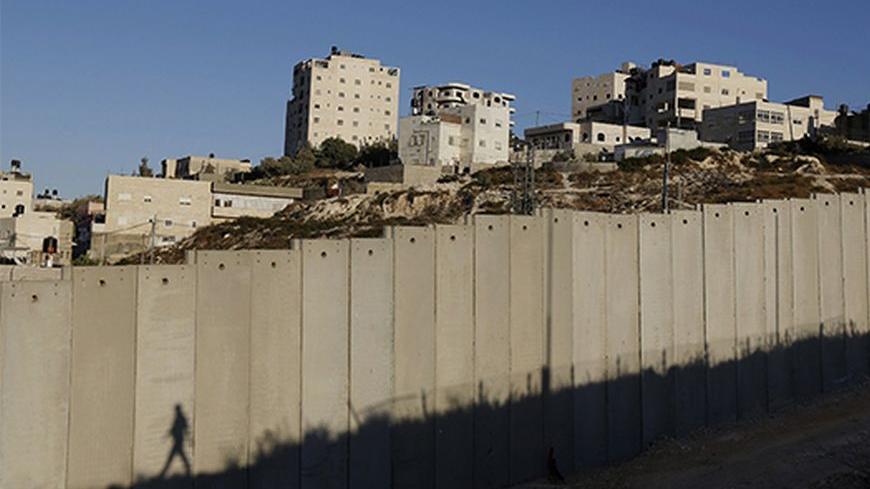 Shuafat refugee camp is seen behind a section of the Israeli barrier in the West Bank, near Jerusalem, July 27, 2013. - REUTERS/Ammar Awad 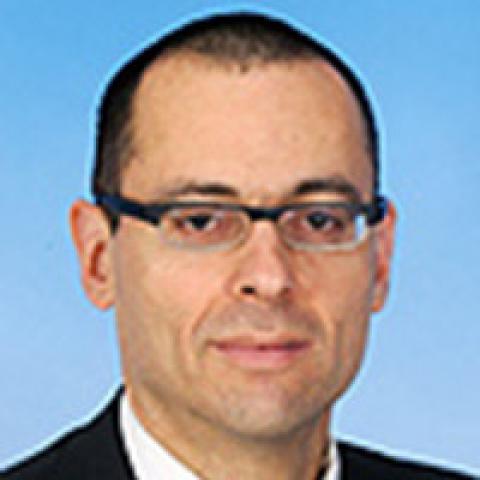 A permanent agreement between the Israelis and the Palestinians will not be achieved without historic decisions by both parties. In his article in Al-Monitor, Nabeel Kassis was very courteous and forthright in clarifying to us that the Palestinians are a long way off from making the main historical adjudication that would allow for a permanent arrangement between the two peoples.

The differences separating Israelis and Palestinians are many — and understandable, especially in light of the past decade. Disputes over security arrangements and borders gain a different meaning given Hamas’ seizure of the Palestinian territory in Gaza and the collapse of stability in the Arab Middle East. Alongside these concerns are challenges that require 21st century solutions, including such complex issues as the future of hundreds of thousands of Israelis living in territory contested by both nations, some of them in communities where three generations of settlers have been living for close to half a century; control of and access to holy sites, including the holy basin of Jerusalem; the Palestinian diaspora and its future; the division of common natural resources; and differences over environmental standards.

As difficult as they may be, these disputes and others like them can be resolved. There is reasonable potential for a compromise that would be acceptable to both parties. But one basic question hovers above everything else, and it must be resolved in order to ensure peace and stability between the two peoples: What will the format be of a permanent arrangement between the two combative parties?

Two options have been sitting on the negotiating table ever since the talks began. Both involve the partition of the territory west of the Jordan River, but one creates two states, and the other two "nation-states.” In marketing jargon, it is the difference between “the vision of two states,” or “the vision of two states for two peoples.” A vast chasm separates the two formats described here, even if just a single word actually distinguishes them. Bridging this difference are platitudes about a “historic decision,” “difficult decisions” and “bold leadership.”

It should be noted here that the territory intended for the Palestinian state was the “formative territory” of the Jewish people, where the Jewish civilization took shape, where Jewish peoplehood was cast and where the "Book of Books" was composed and recorded. The historical and cultural relationship between Judea and Samaria and the Jewish people is not the same as the relationship between Algeria and the French or between Gibraltar and the British. Nevertheless, the State of Israel is being asked to “part in peace” from these regions for posterity and to forego forever any rights that stem from its ties to these territories. This is the significant historic decision facing Israel’s leadership.

Nevertheless, in the same breath, the leaders of the pragmatic wing of a Palestinian society ripped asunder have utterly rejected the idea of compromise by refusing to recognize the Jewish people’s right to national self-determination and their rights over those lands where the Palestinian nationality was formed. In other words, they refuse to give up Palestinian national rights in the territory of the State of Israel for posterity. Kassis — as well as the Palestinian leaders that have been conducting the negotiations with Israel from the Madrid Conference until today — is attempting to avoid making that difficult decision, preferring to obscure the differences between different versions of a permanent arrangement.

The Palestinian proposal as formulated by Kassis cannot be the basis of an arrangement, because it recognizes the Jewish people as a religion but not as a nation, and it does not consider the Jews to be a collective group with the right to self-determination. This is the Rubicon that the Palestinian leaders must cross, and they must bring their people with them. Instead, the Palestinians are trying to impose an artificial and unilateral definition on the other party by recognizing the existence of an “Israeli nationality." Just a few weeks ago, Israel’s Supreme Court determined that such a determination does not reflect any reality whatsoever.

“Israeli nationality” is an oversimplified term for the political framework of a binational Jewish and Palestinian state. After all, the Palestinians do not and will not consider Israeli Arabs a community that separated from the Palestinian one to create a new nation, while the Jewish community in Israel will not erase its historic national ties to the Jewish Diaspora around the world, now or at any time in the future. Behind this readiness to recognize the “Israeli state” and the concurrent refusal to recognize the “national state of the Jewish people” lies a willingness to accept peaceful and neighborly relations only with a state in which two communities with equal national rights live. The representatives of the Palestinian people at the negotiations will not be satisfied with full equal rights for every citizen of Israel, regardless of his or her origins, as Israeli democracy ostensibly offers. As far as they are concerned, the “Israeli" political entity will only be recognized as a binational political format, or in its misleading terminology, “a state of all its citizens.”

As such, the “two-state” vision of Palestinian diplomacy consists of a Palestinian national state free of any Jewish presence, alongside a binational, Jewish-Palestinian Israeli state, in a format similar to the Christian-Muslim arrangement in Lebanon. Such a format leads to a dead end and not a peace arrangement. Only the recognition of Israel as the national state of the Jewish people, alongside recognition of a Palestinian national state, can achieve a historic compromise that satisfies the demands of both peoples. Such historic decisions are excruciating, but any attempt to ignore, minimize or avoid this core question means acquiescence to historic uncertainty and leaves the door open for a renewed outburst of the conflict.

Zvi Hauser is an Israeli lawyer and media expert. He served as Cabinet secretary in Benjamin Netanyahu's government from 2009 until 2013.