The Al-Monitor Debate on Gulf Cities

The Wall Street Journal reports on the Al-Monitor debate on Gulf cities; former Israeli, Palestinian negotiators differ on whether Palestinians should recognize Israel as a Jewish state; hope for Syrian bishops' release; a new Al-Monitor design. 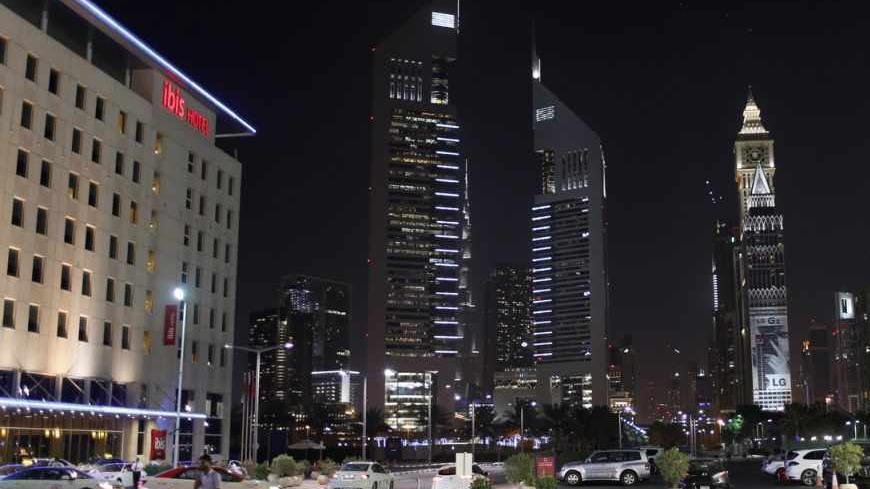 The Wall Street Journal reported last week on the Al-Monitor debate, which has gone viral in the region, over whether the events of the so-called Arab-Spring have been catalyst for a trend where Gulf cities, including Dubai and Doha, have replaced Cairo, Damascus and Beirut as the centers of Arab culture.

Sultan Al-Qassemi got the debate rolling when he wrote for Al-Monitor:  “Decades of underinvestment and full-blown civil wars have resulted in the historic Arab cities of North Africa and the Levant having poor and inadequate infrastructure, from archaic roads to outdated academic curricula and teaching methods. However, the traditional Arab capitals may be down now but they certainly aren’t out. These cities that dominated the Arab psyche for decades in the 20th century are rich in culture and human and natural resources. Nonetheless, if and when they begin the process of turning their fortunes around, they will encounter an Arab-world landscape dominated by the new, formidable Gulf cities that have set a standard that is hard to match not only regionally, but on a global scale.”

Abbas a-Lawati offered a contrasting view, writing:  “the traditional Arab centers that exported literature, art, science and ideas to the world, there is little in these Gulf cities that can be considered organic. They have produced few if any literary giants, scientists, academics or innovators. The achievements of expatriates, no matter how long they have lived there, are cast aside as non-indigenous and not celebrated with the fanfare that the most miniscule of achievements by the minority citizen population are. It is no wonder that some of the most celebrated Arab achievers were incubated abroad. A city cannot rise to become a regional center if it bases its achievements on the success of a tiny fraction of its population.”

Abdulkhaleq Abdulla came to Al-Qassemi’s defense, arguing: “The rise of the Khaleeji cities of Dubai, Doha and Abu Dhabi is just one manifestation of the Arab Gulf moment. Al-Qassemi is right in saying that the center of gravity and creativity has shifted away from Cairo, Beirut, Baghdad and Damascus to the rising cities in the Gulf. They have already taken over as the leading financial, political, cultural and media hubs in the region. To simply dismiss them as cities with no indigenous intellectual input is a gross misreading of how Arab cultural is a collective endeavor. Their cultural production is as value-added as Beirut’s and Cairo’s. The Khaleeji cities are already here as centers of attractions. They intend to stay in the lead for a long time to come.”

Recognizing Israel as a Jewish State

In another provocative debate, former Palestinian negotiator Nabeel Kassis wrote:  “a state for Palestinian Jews is not the same as a state for the Jews of the world. This is not to deny Israel the right to receive Jews from the rest of the world within its recognized boundaries. Once Israel was recognized as a sovereign member of the United Nations, with the condition that it respect all UN resolutions, including Resolution 194 [on the issue of refugees and compensation], it got leave to manage its own affairs, including immigration, subject to the said condition. Once the state of Palestine receives equal treatment from the international community, Israel and Palestine will both be bound by what governs relations between states, mutual recognition included. Instead of asking Palestinians to recognize Israel as a Jewish state, it is Israel that should be called upon to recognize the state of Palestine and to withdraw completely from all the territory that it occupied with the force of arms in 1967. This would be a more meaningful demand from those interested in the success of the present negotiations.”

In response, Zvi Hauser, former Cabinet secretary to Israeli Prime Minister Benjamin Netanyahu, wrote: “The representatives of the Palestinian people at the negotiations will not be satisfied with full equal rights for every citizen of Israel, regardless of his or her origins, as Israeli democracy ostensibly offers. As far as they are concerned, the “Israeli" political entity will only be recognized as a binational political format, or in its misleading terminology, “a state of all its citizens.”

In the spirit of Al-Monitor, the Kassis and Hauser articles are both available in English, Arabic and Hebrew.

New Hope for the Syrian Bishops?

Al-Monitor has learned that there may be a new initiative for the release of  Yohanna Ibrahim and Boulos Yazigi, two Syrian bishops who were abducted by Syrian opposition militants on April 23, in the context of a broader prisoner exchange between the Syrian government and opposition.

The broker for the negotiations is again Gen. Abbas Ibrahim, head of Lebanon’s General Security Directorate, who carried out the shuttle diplomacy between Damascus, Doha, Ankara and other capitals which led to the release of the Lebanese and Turkish hostages on Oct. 19, as reported by Jean Aziz for Al-Monitor.

Al-Monitor is pleased to announce the successful launch of a new web design on Sunday, Nov. 3, which is even more user and media friendly than our former site.

In the re-design, Al-Monitor has been pleased to work with Electric Pulp, which has also done web design and development for Google, Ford Motor Co., The Colbert Report, and The Daily Show with Jon Stewart.